Learn about East Timor, also known as Timor-Leste, with the kids, with the help of our flag printables, colouring pages and location worksheets. 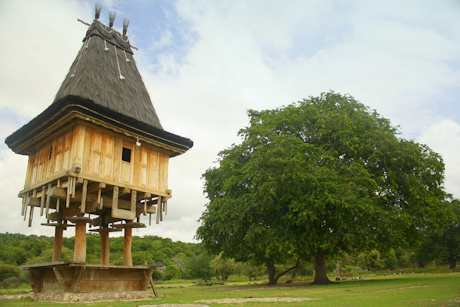 A traditional house in East Timor

And Some Interesting Facts: 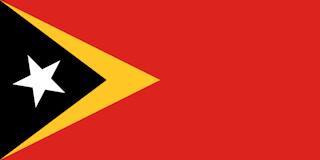 The flag of East Timor features yellow and black triangles on a red background. The white star is symbolic of peace. The flag was officially adopted on May 20, 2002. 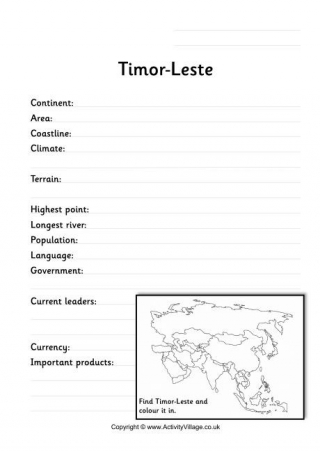 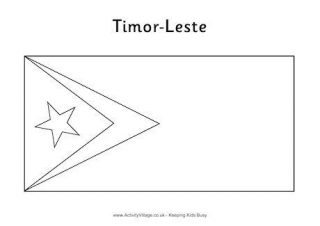 Here is a flag colouring page for Timor Leste, or East Timor. Print, colour and cut out. 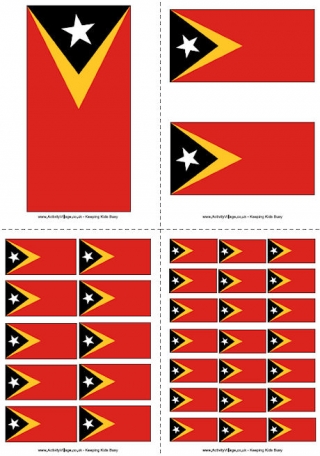 We have four different sizes of the Timor Leste flag to print out in this 4-page pdf file, ranging from large (one flag on a page of A4) to very small... 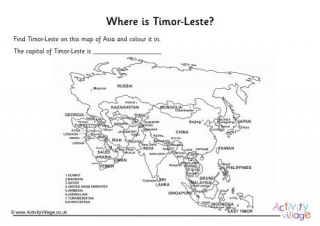 Locate Timor Leste on a map of Asia with these two worksheets. The guided version is easier as all countries and capitals are marked. 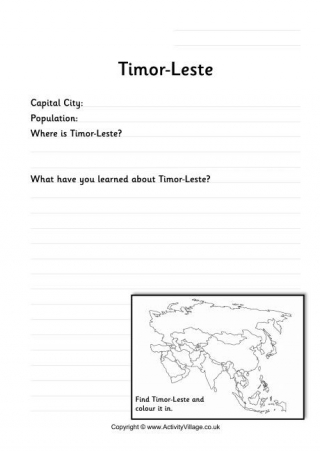