Here are four sudoku puzzles with a difference, for Easter. Instead of fitting in numbers, we ask the children to fit 4 and 6 letter words into the grids. 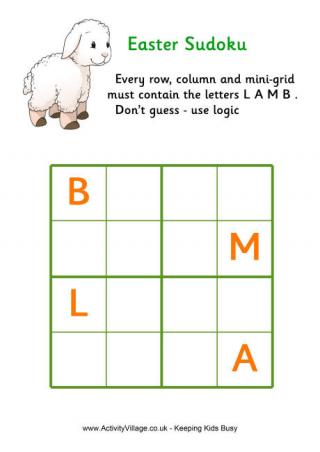 Here's a simple word sudoku puzzle for Easter using the letters that spell the word LAMB instead of the numbers 1-4. 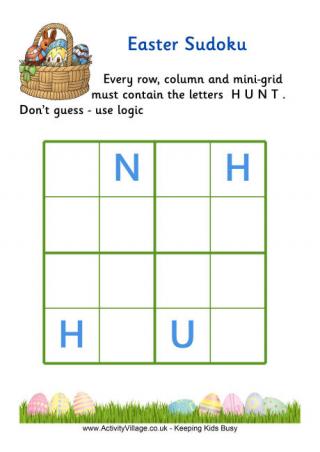 Here's a simple 4x4 sudoku grid to be filled in with the letters of the word HUNT (instead of the numbers 1-4). Follow the normal sudoku rules. 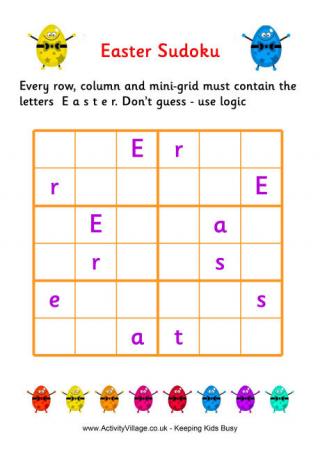 Use the letters of Easter (using one capital "E" and one lower case "e") to fill this sudoku grid - if you can! 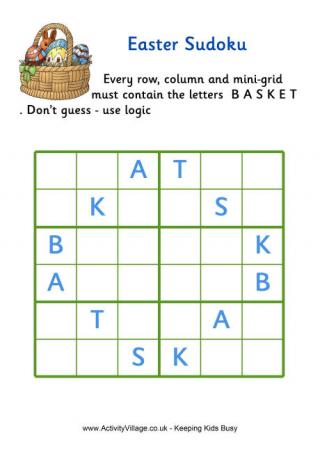 Instead of the traditional numbers, fill this 6x6 Easter sudoku grid with the letters which spell BASKET. 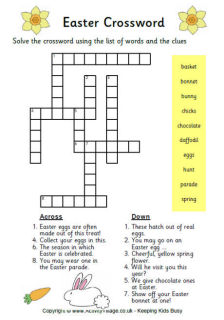