Emil Zátopek (1922 – 2000) was a Czech long-distance runner who won three gold medals at the 1952 Summer Olympics in Helsinki. He won the gold medal in the 5000 metres and 10,000 metres runs, and at the last minute also decided to run his first ever marathon - and he won gold for that too! He broke the world record in all three events at the same time.

When Emil was 16 he went to work in a shoe factory. His running career came about in a strange way. This is how he describes it:

"One day, the factory sports coach, who was very strict, pointed at four boys, including me, and ordered us to run in a race. I protested that I was weak and not fit to run, but the coach sent me for a physical examination, and the doctor said that I was perfectly well. So I had to run, and when I got started, I felt I wanted to win. But I only came in second."
Emil Zatopek

Fun fact: Emil made funny and painful faces as he ran, winning him the nicknames "Emil the Terrible" and "the Czech Locomotive". He often trained wearing heavy work boots! 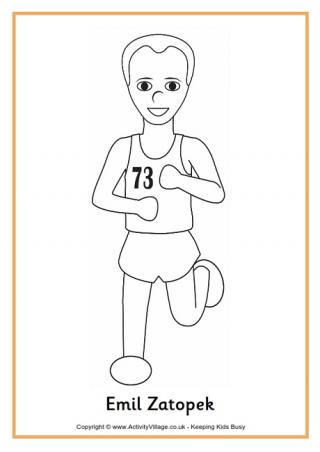 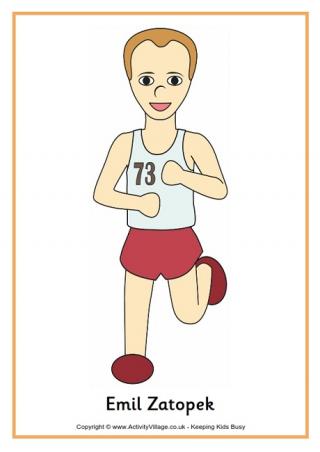 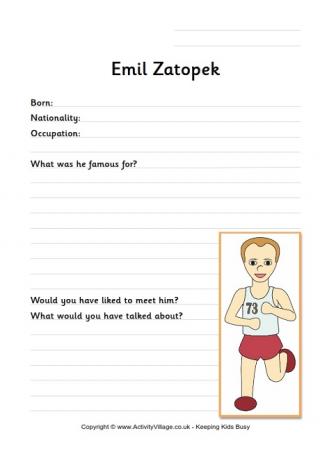 Children can do some research on Emil Zatopek, the great Czechoslovakian long distance runner, and then fill in this fun worksheet. 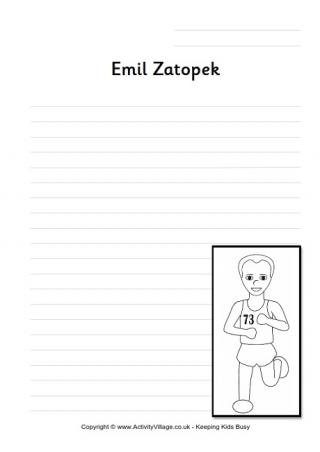 Use this printable page for writing about Emil Zatopek, Czechoslovakian long distance runner and Olympic gold medal winner in 1952. 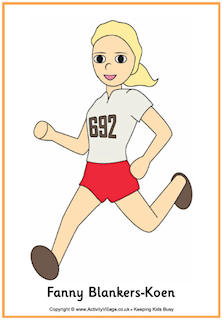