Learn about the West African country of Equatorial Guinea with the kids. It's a small country of coastal plains, rolling hills, tropical forests and mangrove swamps. Equatorial Guinea is also home to five volcanic islands off the coast, and unique as Africa’s only Spanish-speaking country. Learn a few interesting facts and then explore our printable activities below. 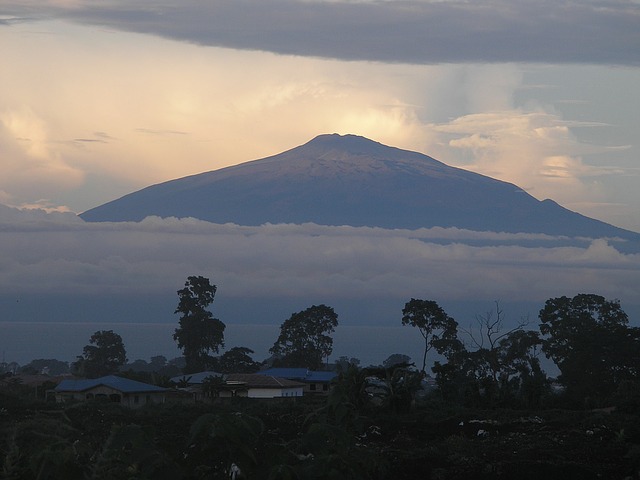 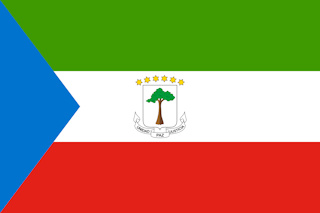 The blue triangle on the Equatorial Guinea Flag represents the sea, the green symbolises the country's farmland, and red stands for the country's independence. The flag also features a silk cotton tree on a shield and six gold stars to represent the six parts of the country. The flag was officially adopted on October 12, 1968. 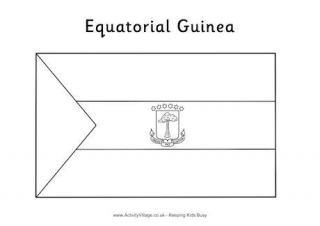 Here's a colouring flag for Equatorial Guinea. It has an interesting coat of arms in the centre of the middle white band. 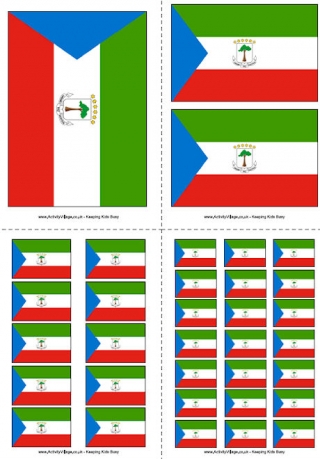 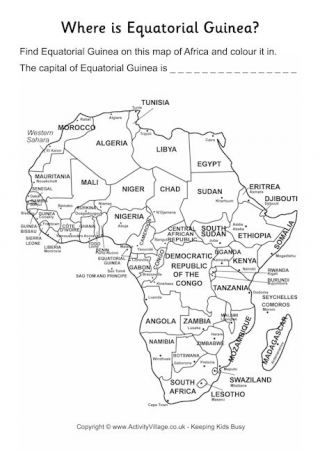 We have two versions of this Equatorial Guinea location worksheet - one guided and one not. The latter is hard! 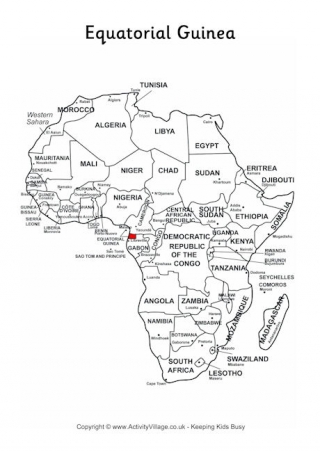 Use this map to discover Equatorial Guinea's neighbours, and to help children remember the "shape" of the country and its location. 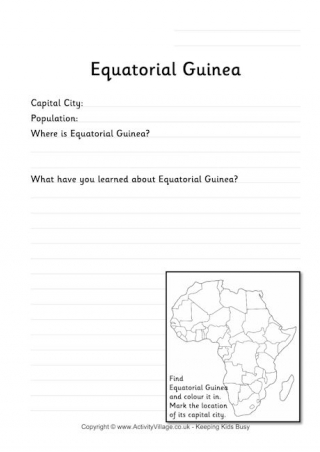 What have you learnt about Equatorial Guinea? Use this simple worksheet to keep track.