Use these fun facts to help children learn a little about the Northern European country of Estonia, backed up by our collection of flag printables, notebooking pages etc. 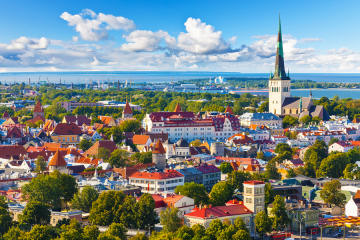 About the Estonian Flag

The current Estonian flag was first adopted nationally in 1918, but was banned after Estonia was forced to join the Soviet Union in 1940. Since independence in 1991 this blue, black and tricolour is once again the national flag.

A popular explanation of the colours is that the blue stands for the blue sky above Estonia, the black represents attachment to the soil of Estonia, for centuries "black" with worry, and the white signifies purity and hard work. 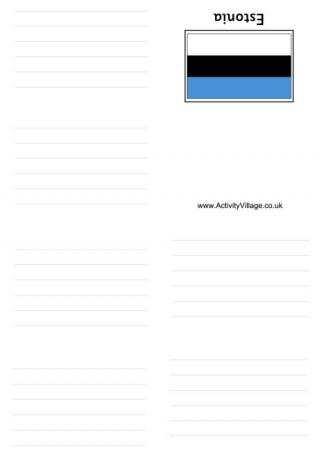 Make your own Estonia booklet by printing out and folding this sheet. Then fill it with information and pictures about the country. Print the version without lines if you want to do drawings! 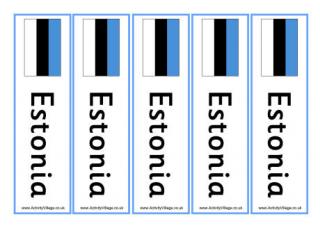 Use these Estonia bookmarks to keep track of your favourite pages. Very useful for studying, and fun if your classroom decides to support a particular country during the Winter Olympics or other events! You can print them in colour or black and white, and with or without the word. 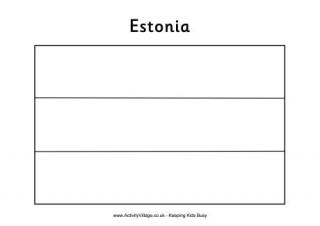 Estonia has a flag which is blue, black and white from top to bottom. It has been their flag since they became independent in 1918. Here's a chance to print and colour your own. 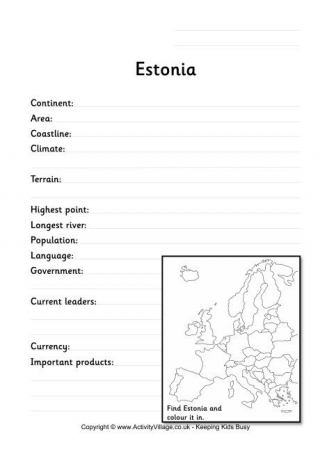 Find out some facts about Estonia to fill in this worksheet, and then have a go at locating it on our map of Europe. 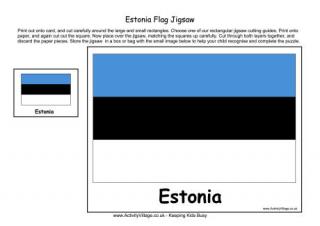 This jigsaw will give children the chance to familiarise themselves with the flag of Estonia, plus it's fun to make and complete! You will need our jigsaw instructions and cutting guides. 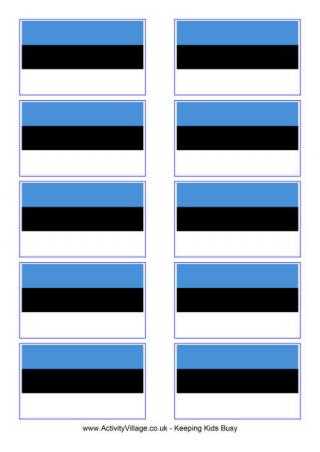 Make yourself some mini Estonia flags with this printable. You could fold and stick the smallest size onto cocktail sticks or print lots of different flags and make a flag collage! Three sizes available. 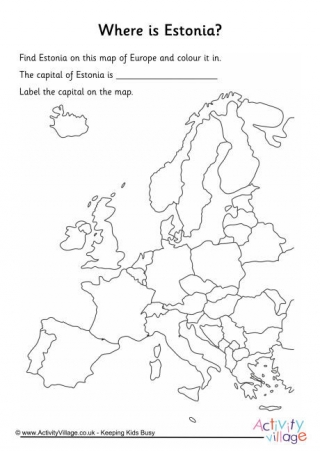 Can the children place Estonia in Europe? We have two Estonia location worksheets to download and print: a blank version for older children and a guided version for younger children. 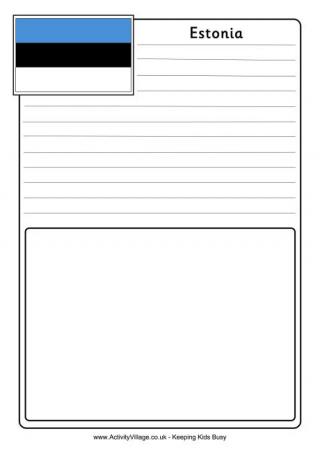 Use this notebooking page to record your facts or thoughts about Estonia.  It has the country's flag in the corner and plenty of room for both writing and drawings. 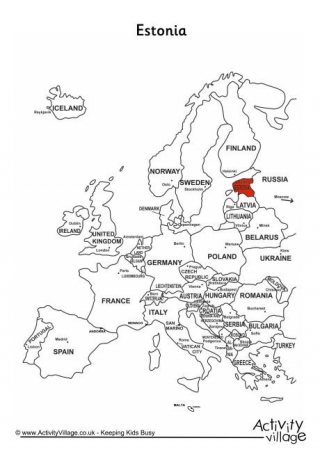 Learn about Estonia's location in Europe and its size and neighbours by printing off this useful outline map, showing its location in red. 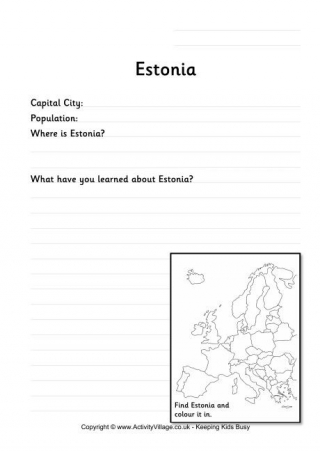 Test how much the kids know about Estonia by asking them to fill in our worksheet. Can they find Estonia on the map of Europe too?