Read a few interesting facts about Eswatini, formerly known as Swaziland, below, and scroll down for a set of flag printables, bookmarks, jigsaw, booklet, notebooking page and colouring page based on the flag of this small African country. 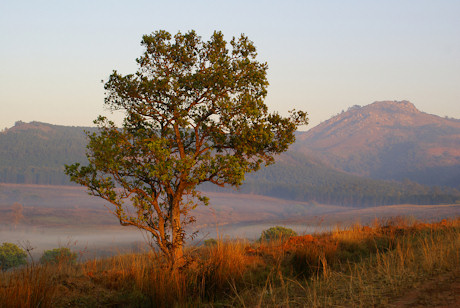 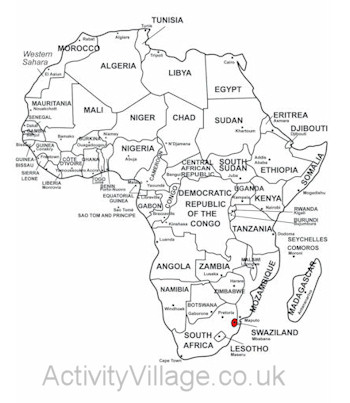 Eswatini on a map of Africa - you can print this map here. 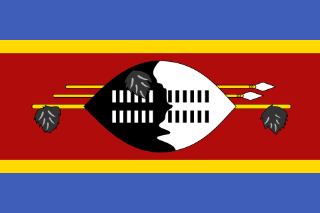 The main part of the Eswatini flag is a Nguni shield and two spears, representing protection from the country's enemies. The flag was adopted on October 6th, 1968, following independence from the British Empire.

You can find a range of Eswatini flag printables below. 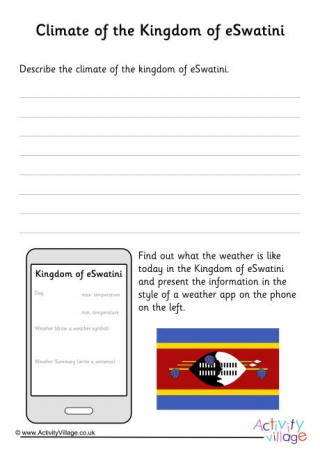 Learn about the climate of Eswatini with this interesting worksheet activity - something a little different! 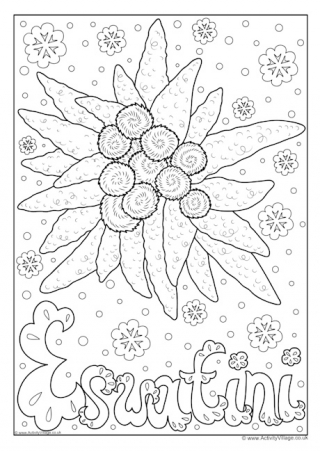 Colour in our national flower colouring page for Eswatini, featuring the Edelweiss. It's perfect for a project book cover, or you can frame it for displays. 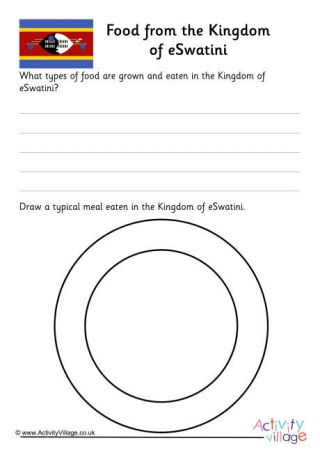 What is the standard fare in Eswatini? Kids can do some research and then use this fun worksheet activity to record (and draw) what they find. 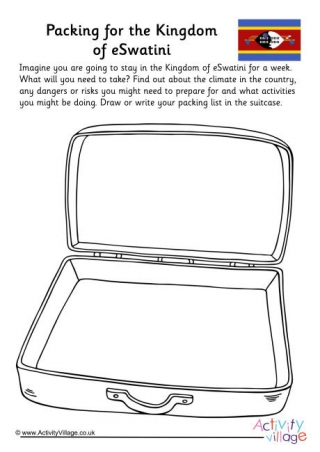 Fill this empty suitcase with everything you might need for a trip to Eswatini with this fun worksheet activity for the kids. You might need to do some research first! 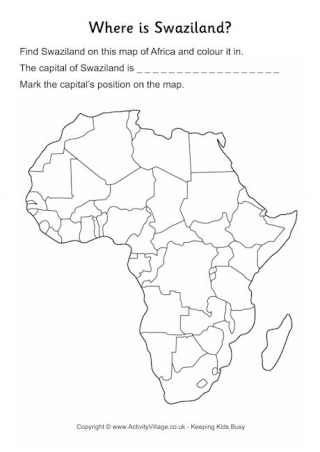 Chidlren can have a go at locating Swaziland and its capital on this outline map of Africa. The guided version is easier, with countries and capitals already marked. 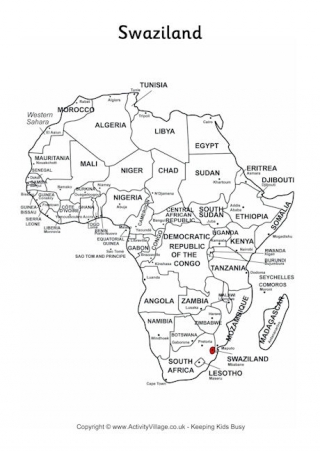 This useful map shows Swaziland highlighted on a simplified map of Africa. Children may be surprised at its size and location... 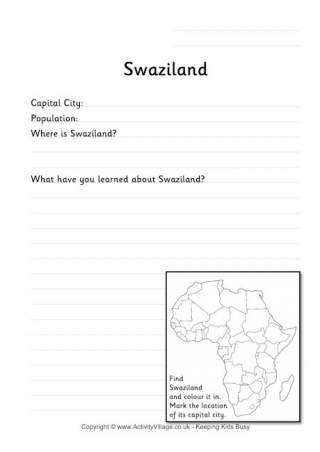 Fill in this simple worksheet with some pertinent facts and information that you have learned about Swaziland.