Learn about Ethiopia in east Africa, the largest country on the ‘Horn of Africa’. This mountainous nation, with its hot, dry valleys and arid deserts, has very little rain. Ethiopia was once the second-poorest country in the world, but has seen rapid economic growth in recent years. Yet the legacy of civil war and drought still lives on. Use our printable resources below to find out more. 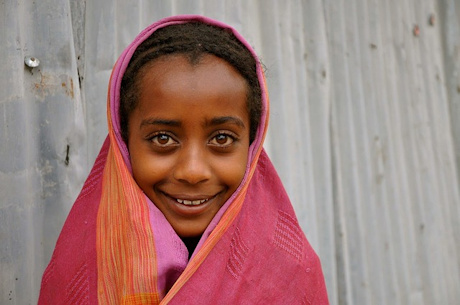 The flag of Ethiopia features three horizontal bands of green, yellow and red, and a disc in the centre with a star and sun rays to represent the unity and diversity of Ethiopia. The national flag of Ethiopia was adopted on 31 October 1996. 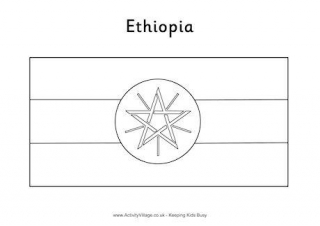 Here's a colouring page of the Ethiopian flag for the kids. It has the typical green, yellow and red of African flags, together with a blue circle and yellow star design in the centre. 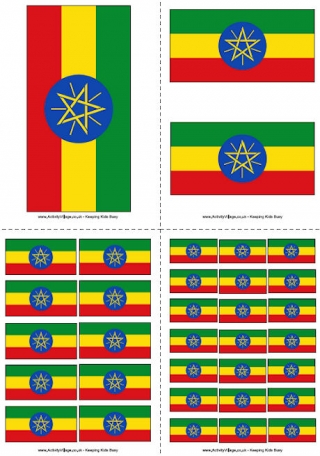 Print out the Ethiopian flag in four different sizes. Just download the PDF file below. 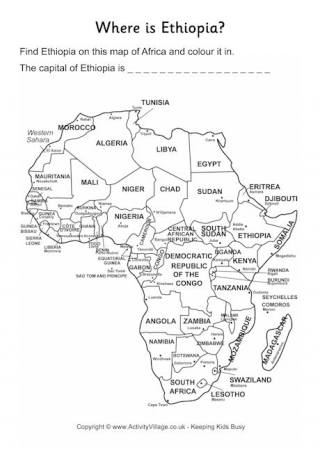 This location worksheet asks children to find, and colour in, Ethopia, and to name its capital city. Choose from two levels of difficulty. 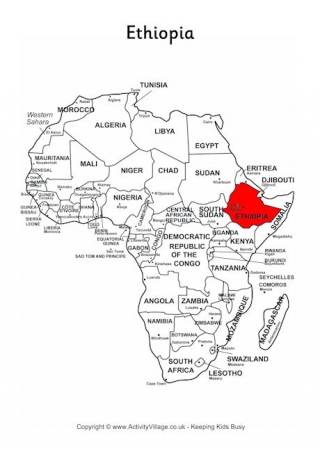 Where is Ethiopia? This location worksheet will help the kids work it out! 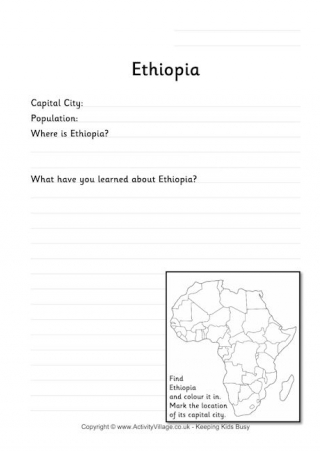 Here's a starter worksheet on Ethiopia, which asks children to find out a little bit about the country and record it here.