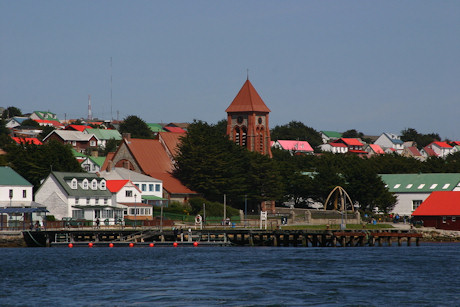 Over the years the Falklands have played host to British, French, Spanish and Argentinian settlers. The Falkland Islands are now a self-governing British overseas territory.

In 1833, when the Islands became British, many people left Scotland and Wales to make their lives there. There is now a population of just under 3,000 people.

Almost the whole of the Falkland Islands is used as pasture for sheep.

Like other British Overseas Territories, the flag of the Falklands Islands has a Union flag in the top left corner and a royal blue background, together with the country's coat of arms. The Falklands's coat of arms depicts the ship the Desire, sailing on which Captain John Davis is said to have discovered the islands in 1592. The sheep shows the importance of sheep farming the Falklands. 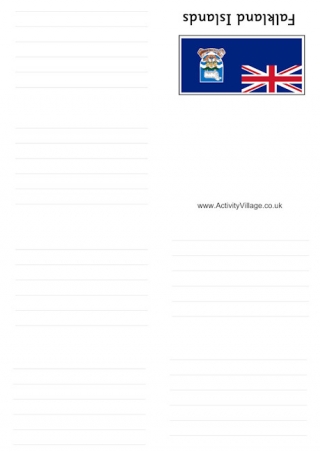 Our little booklets make a great place to store little facts and pictures! This one is for the Falkland Islands, and the flag is on the front cover. Folding instructions are here. 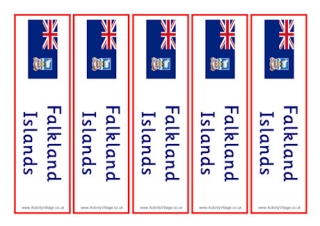 We've got four sets of bookmarks to choose from for the Falkland Islands, each page printing out with five bookmarks on it. 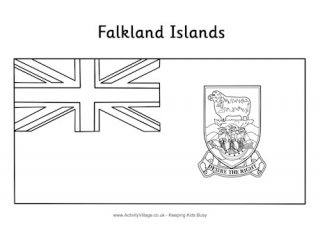 Colour in the flag of the Falkland Islands. You'll need red and blue for the Union flag and "field" - the background colour of the flag - but there's a lot more detail in the Falklands coat of arms! 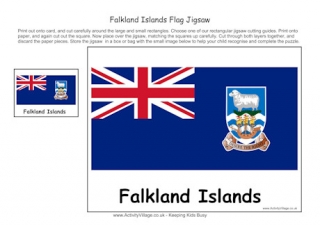 Our flag jigsaws are a fun way to learn the flags of different countries. This one belongs to the Falkland Islands! Instructions and cutting guides are here. 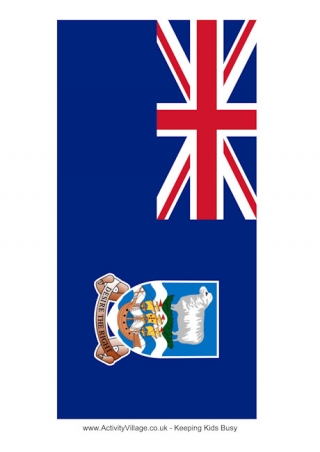 Print out the Falklands flag in four different sizes. Hopefully one of them will suit your project! 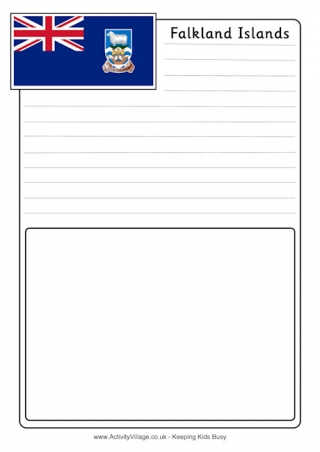 Write down what you've learned about the Falkland Islands using our smart notebooking paper.