Find out some interesting facts about Finland, and print out the Finnish flag in various fun and useful formats for home and school. 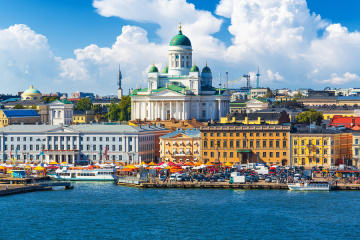 A Little History of Finland

About the Finnish Flag

The National flag of Finland consists of a blue Nordic cross, representing Christianity, on top of a white field. The flag was adopted in 1920. The blue colour is said to represent the countries many lakes and the sky, with the white representing the snow that falls during the winter. 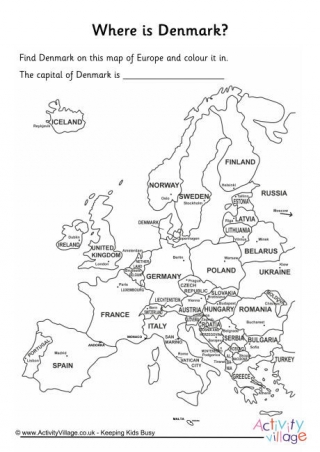 These location worksheets are designed to help children learn the location of Denmark within Europe. Use the guided version for younger children, and challenge older children with the blank version! 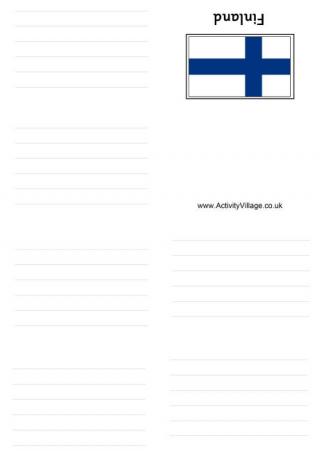 If you are looking for somewhere to record information on Finland then why not use this booklet with the Finland flag on the front. You make it yourself by folding the page (instructions here), and there's a version without lines if you want to draw pictures. 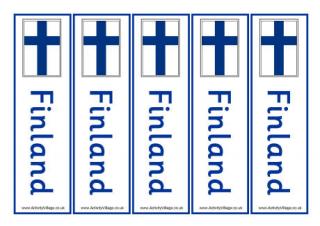 There are several versions of this bookmark of Finland to print. You could hand them out to colour at the end of a lesson or as a prize for reading about this country. 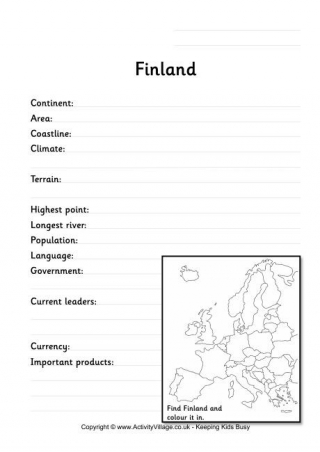 Can the kids find Finland on the map, then answer some geographical questions on our Finland fact worksheet? 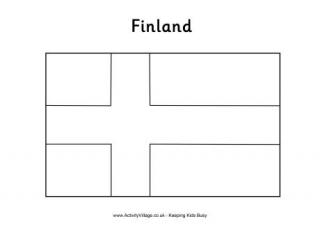 Keep your little one occupied with this colouring flag. The flag of Finland is easy to colour in as it comprises a dark blue cross on a white background! 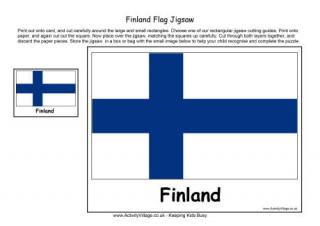 A flag jigsaw would make a great addition to a set of activities on Finland. Follow the instructions here and you'll be completing this puzzle in no time. 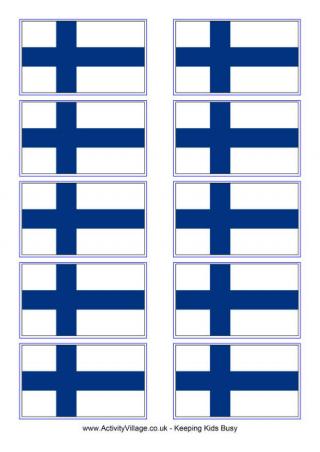 Print these and add Finland to your collection of European flags. Why not make some European Union bunting? 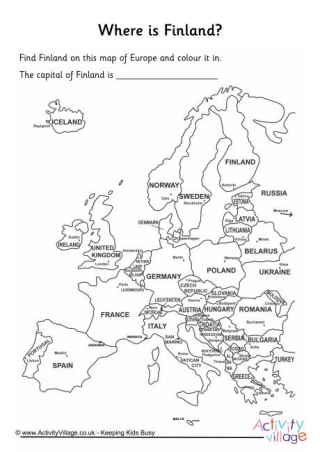 Our Finland location worksheets will help children locate the country with confidence on a map of Europe. 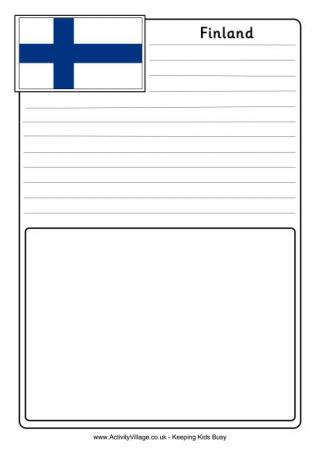 Record everything you know about the northern European country of Finland on this notebooking page. If you're not fond of drawing, print the version with just lines. 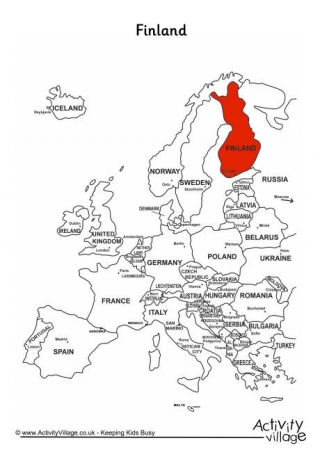 This location map shows just how far north Finland is located within Europe. No wonder it can get very cold and snowy there! 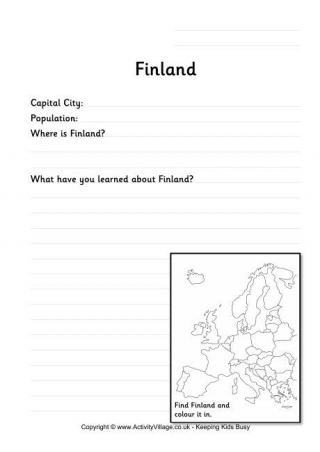 What have the kids learned about Finland? Use this simple worksheet to record what they know...