Let your little ones be fire-fighters! This was a big hit with my boys and still graces our walls nearly a year after we made it. While we made a very large version, the same idea can be made smaller for a special card. 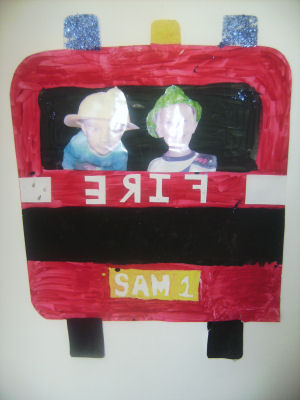 Blue glitter was used to make the sirens shiny. We added the word fire by cutting it out of white card and gluing it on back to front.

As a finishing touch I took a large photo of my sons dressed as fire fighters, cut out their faces and glued them on to the window. 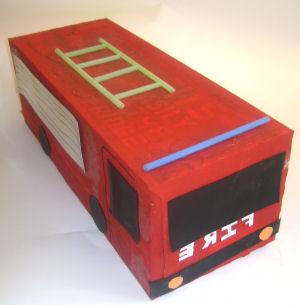 What a fantastic use for a cardboard box! All boys should have their own fire engine, and if they help to make it they will enjoy playing with it even more. 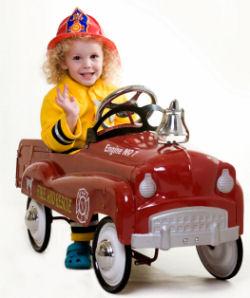 This is a simple costume to put together - and perfect for little ones, who usually enjoy putting on hats! 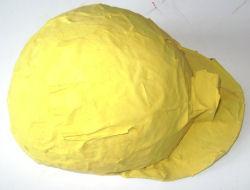 Perfect for a construction worker's costume at Halloween, a craft to accompany a safety unit, or just a good excuse to do some papier mache and painting, this safety hat is convincing and fun to wear. You will need a bit of patience and plenty of drying time!