Fireworks at their best are loud, spectacular and exciting! Of course in the UK we are used to our annual Bonfire Night celebrations, and fireworks are very much a feature of Diwali, Fourth of July, Canada Day and New Year, too.

We've got a great variety of firework colouring pages, printables and craft ideas here at Activity Village, so whatever your reason, we hope you will find something useful and even inspiring! And these fireworks don't make any loud bangs, so they are pet-safe too! Browse our activities below. 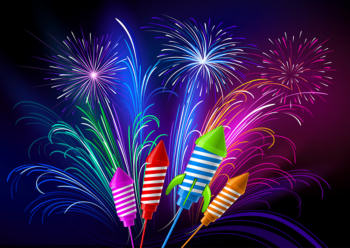 The History of Fireworks

The very first fireworks were all about noise! It is thought that the idea for fireworks - or firecrackers - came from China in the 1st Century, where people used to throw lengths of bamboo into the fire to make a loud popping sound! Then, when gunpowder was invented (also in China), they began to fill up hollow bamboo with gunpowder for a bigger noise, and, eventually, replace the bamboo with a rolled paper container and fuse. They tied up these firecrackers into bundles in such a way that they went off in a series of exciting bangs! That sort of firecracker is still popular in China today.

As time went on, the scientists got creative and started adding all sorts of chemicals to make coloured smoke and sparkles, and found ways to propel exploding rockets into the air, and the modern firework was born.

Fireworks came to Europe in the 13th or 14th centuries, and were used for big celebrations and events - like royal weddings and coronations. Queen Elizabeth I apparently loved firework displays and had her own "fire master" to organise them. Apparently James II was so pleased with his coronation display that he knighted his fire master!

Now of course we can buy fireworks for our own displays at home, or (more safely) visit organised in our local areas - particularly on Bonfire Night in the UK and Fourth of July in the US. And all big cities compete for the best New Year's Firework Display!

Animals are often very frightened by the loud noises made by fireworks, so it is kind to visit a local display rather than have your own if you know that your neighbours have pets - or at least keep your own fireworks to one night so that pet-owners can plan. Silent fireworks are becoming popular, too! 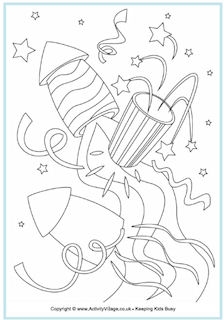 Fireworks Colouring Pages
Here are all our fireworks colouring pages gathered together - whether for summer or winter, simple... 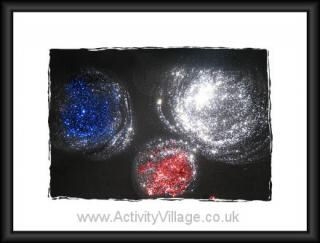 Fireworks Crafts
Often children enjoy the idea of fireworks more than the actual fireworks themselves, which are a... 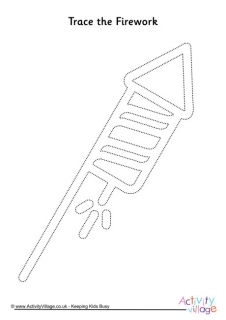 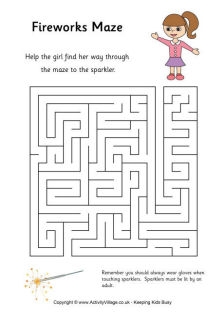 Fireworks Puzzles
Here are some fun puzzles and mazes with a fireworks theme for the kids to enjoy. 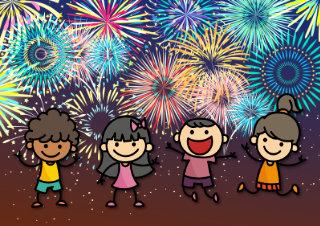 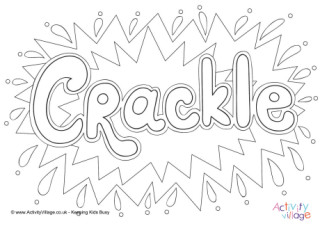