Water is essential for our survival, and about 70 per cent of the Earth’s surface is covered in it, but water can also have a devastating effect. Several days of heavy rain (or melting snow) can cause rivers to burst their banks and flood surrounding areas. If the ground is already saturated with water, there is nowhere for the rain to go. The floodwater can wreck buildings, farmland and infrastructure, and can cause landslides or mudslides. If the water is flowing fast enough it can even wash people, vehicles and farm animals away. 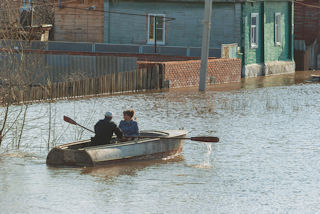 Some floods develop slowly after a long period of rainfall. Others happen very quickly. Sometimes, a ‘flash flood’ occurs when there is intense rain for several hours and flooding happens with very little warning. This can be very dangerous when people are unprepared for the effects of the floodwater.

Many parts of the world, particularly Asia, experience a ‘monsoon season’ when strong winds change direction (from a cold area to a hot area), bringing heavy rain. Many farmers rely on the monsoon to water their land, but the rains can bring a risk of flooding, too. In other parts of the world, annual floods carry silt that helps to make the soil rich and fertile for farming. But living and working on a floodplain can be hazardous.

On 16 August 2004, the small fishing village of Boscastle in Cornwall, UK, experienced a severe flash flood. Strong winds and torrential rain brought a month’s rainfall (75 ml) in just 2 hours! The deluge caused two rivers to burst their banks, sending around 2 billion litres of water through the village, devastating homes, shops and pubs and washing cars, bridges and walls away. At its worst, a wall of water 10 feet (3 metres) high was travelling up to 40 mph (64 kph) through the valley. About 50 cars were lost to the sea and around 1,000 trees were destroyed. Amazingly, no-one lost their lives thanks to a huge rescue operation that saw over 120 people rescued in seven hours. But the flood caused millions of pounds of damage. Thankfully the village has now been rebuilt and new flood defences are in place to help protect Boscastle from future incidents. 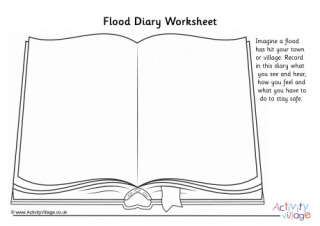 Can the children describe what it would be like to experience a flood where they live and how they would stay safe? We've provided the diary pages to get them started. 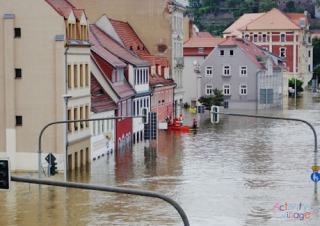 On first sight I wouldn't be surprised if some children looking at this poster might think flooding would be fun to experience. But look and think and discuss a little deeper and they will begin to realise the implications of flooding and the devastation it can cause. 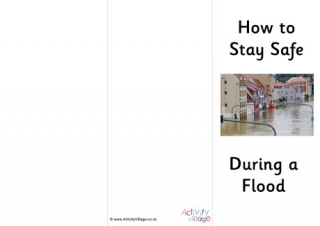 Children need to think about what information they need to include and the audience and purpose of their writing to complete a flood safety leaflet. Simply fold along the dotted lines to make the 3-fold leaflet. 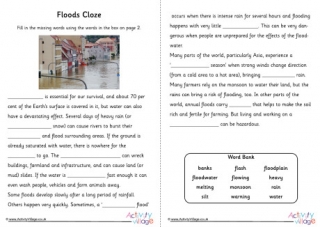 Learn about floods and test children's ability to make sense of pieces of text with this simple cloze worksheet. 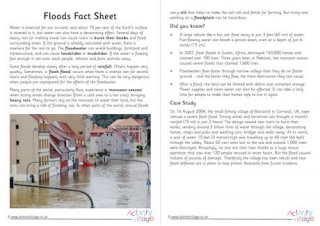 Learn a little about floods with our factsheet, which the kids can use with our other weather printables. 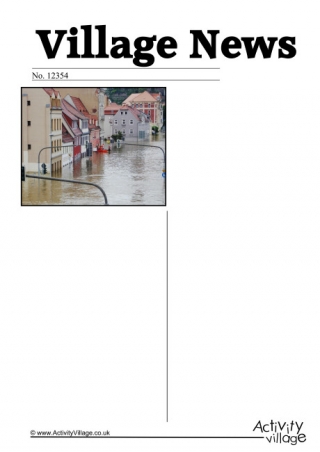 You may have seen newspapers reporting on events like floods before - there are usually tales of dramatic rescues and interviews with the people involved. Can the children write their own report on a flood using our newspaper writing prompt? 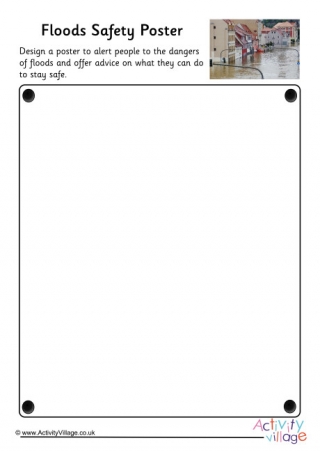 Can the kids design a poster alerting people to the dangers of floods and offer some sound advice on how to stay safe? They may need to do a little research first... 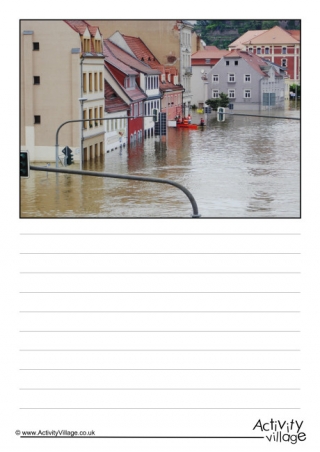 Use this story paper for writing facts or reports about floods, or for creative writing. 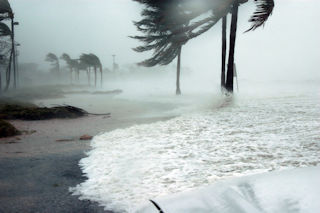