If you have a child who is reluctant to write or colour, it can be hard to develop really good pencil control at an early stage. Boys in particular can be a problem. We thought it would be fun to produce a range of tracing pages based on that very popular sport – football – which may persuade even the most reluctant child to grab a pencil and have a go. Younger children can draw between the lines; older children can trace both lines. 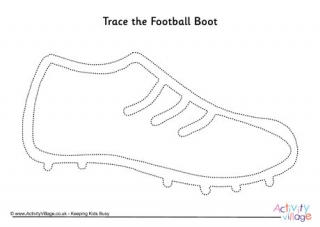 Trace over the dotted lines of this football boot and then, if you wish, colour it in too. 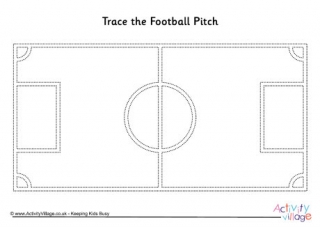 This football pitch tracing page is a fun way to practise pencil control over straight lines – not the easiest of tasks! Younger children can trace between the lines. 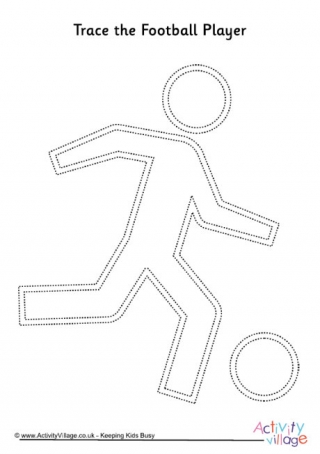 It is fun to trace over dotted lines, especially when by doing so you create a footballer like this! 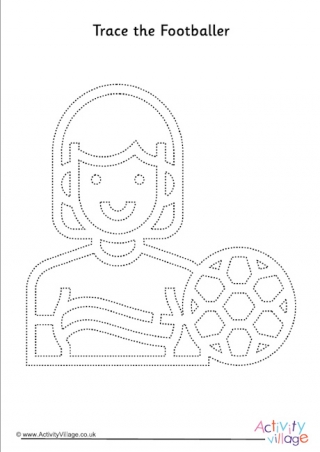 Here's a fun tracing page of a woman footballer - a fun way to work on pencil control. Younger children can trace between the dotted lines. Older kids can trace on them, perhaps using a variety of different colours. 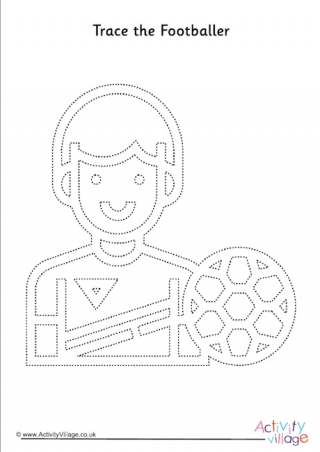 Trace the footballer and football - it's good pencil control practice! Younger children can trace between the dotted lines. Older kids can trace over all of them, perhaps in a variety of colours. 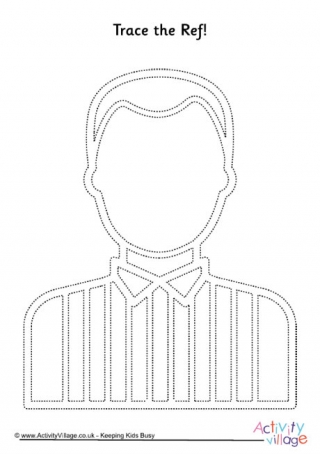 There is no mistaking that you are tracing a referee on this fun football themed tracing page! It's the stripy shirt and collar that gives him away. When you are done, why not draw in a face? 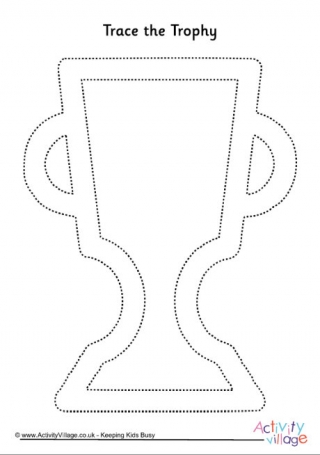 This is one of the easier of our tracing pages. Older kids can trace over all the dotted lines. Younger kids might want to use a crayon and trace between them. 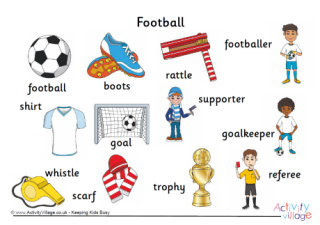