We have a number of useful printables and activities to help with learning the four seasons, which you can find below. 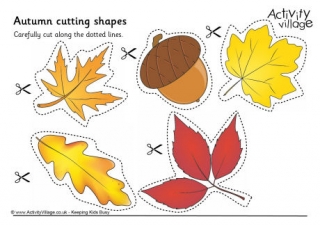 Here are four autumn leaves and an acorn for the kids to cut out. They could use them to decorate an autumn display or to stick to a picture. You could even print the page onto sticker paper so that they can make their own autumn stickers. 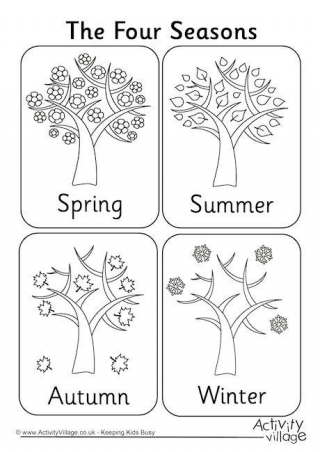 Here are four trees for the children to colour in, illustrating their changes with the four seasons. Do the whole page at once, or cut out each tree to make a separate small colouring page - perfect for a classroom of children. 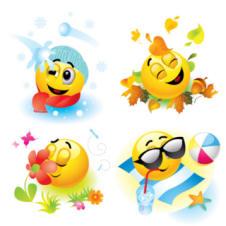 The Four Seasons game is a traditional Chinese game used to teach the names and order of the four seasons in a classroom or group setting. 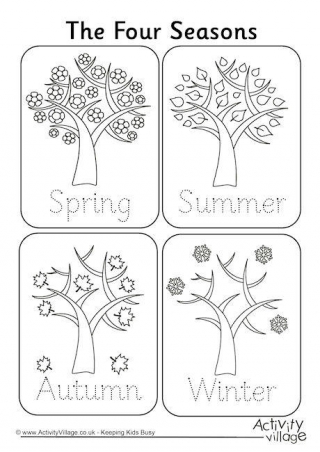 Trace over the dotted words on this pretty four seasons handwriting worksheet, then colour in the four trees. 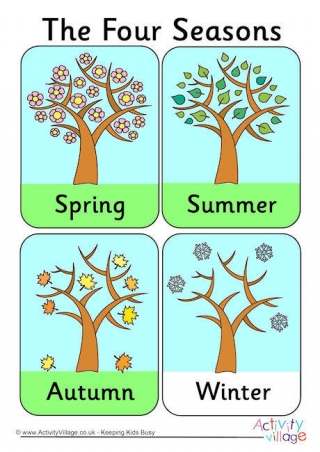 This lovely poster shows clearly the four different seasons, with a tree changing with the seasons. You could also cut the individual pictures out to make four cards. 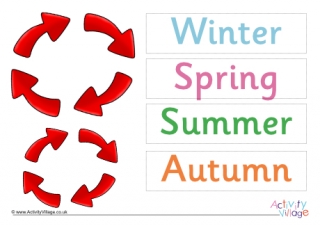 We created these labels and arrows for our Four Seasons Poster activity, but you might also find them useful for noticeboards etc. 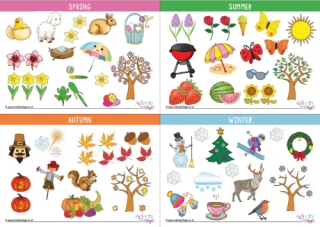 These posters are a great way to spark discussions about the four seasons, with all sorts of interesting pictures to spot, identify and think about. 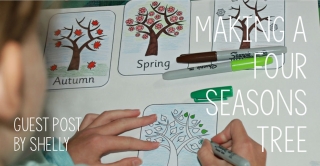 We have made our four season trees a number of times and it is such a fun and easy season craft so I thought I would share what we do. 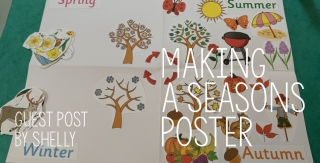 When the kids were younger we had a lot of fun making a few different seasons posters so I thought I would explain how we set them up. They were easy, low mess, and a great activity for little kids. 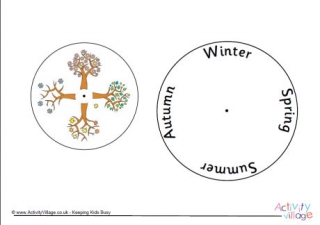 This clever season spinner helps teach the children about the four seasons and the corresponding months. You'll need to print both pages out onto card, cut out the three circles, and attach them together with a brad in the centre. 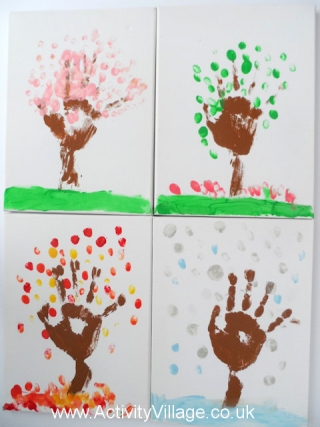 This lovely craft idea can be undertaken in one go as a project on the seasons - or in four parts over the year as each season arrives. However you choose to do it, the canvases make an eye-catching display. 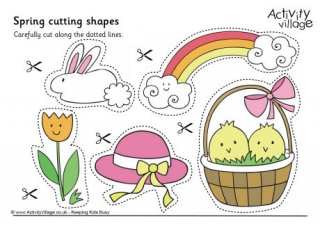 Here are some pretty spring themed pictures for the kids to cut out. Younger children should follow the dotted lines, while older kids can follow the pictures' much trickier outlines. Andd of course, once cut out, you might as well stick the pictures somewhere! 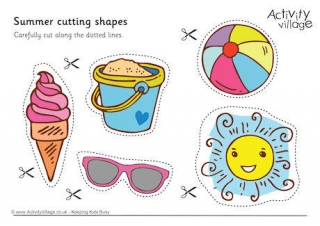 If it is too rainy for the beach this summer keep the kids busy with our summer cutting shapes worksheet. They could use the cut out shapes to make a beach collage. 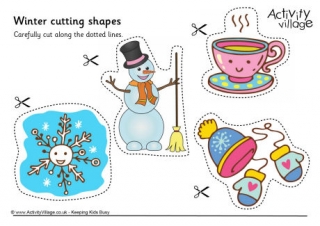 Kids will enjoying cutting out these lovely cheerful winter pictures of a snowman, snowflake, cut of tea and hat and mittens, following the dotted lines. Once cut out, they can apply glue and stick them somewhere! 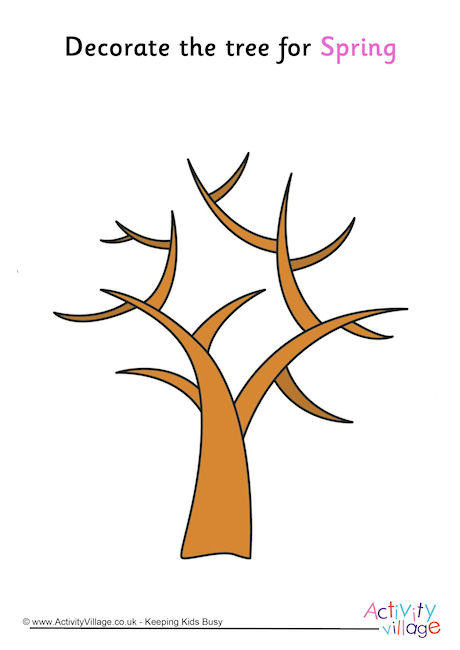 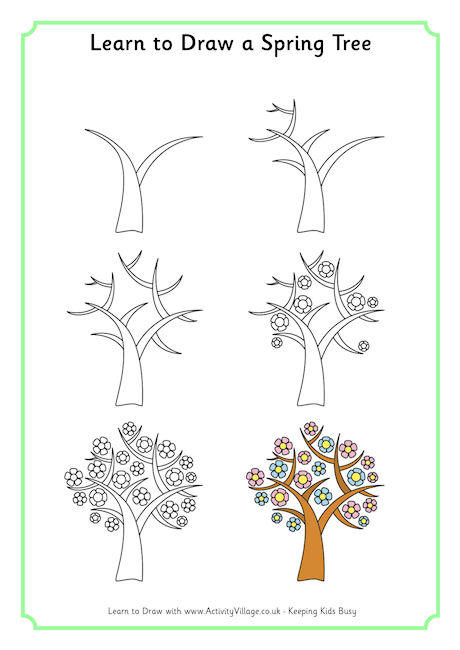 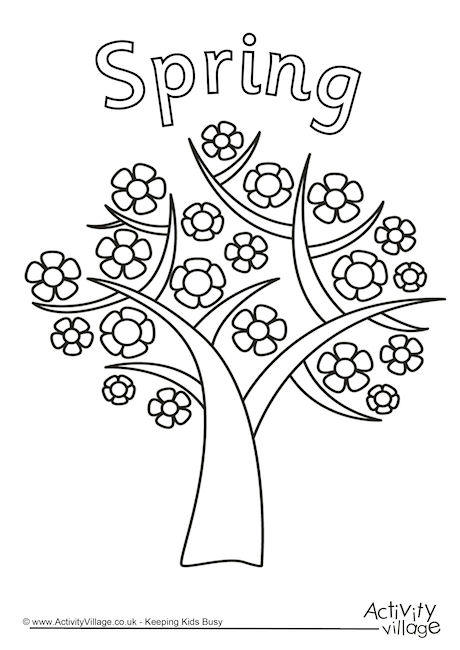 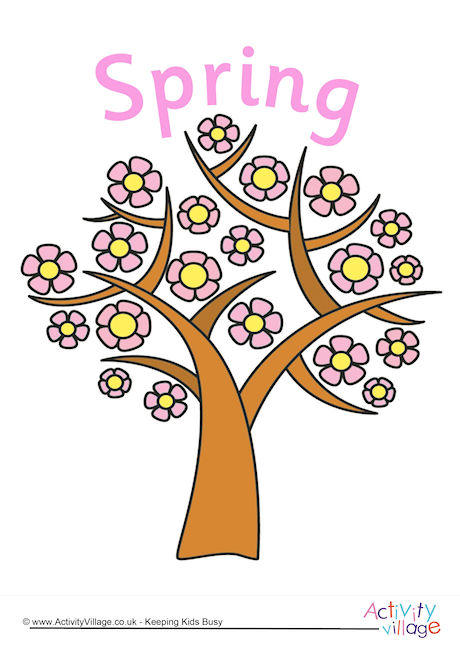 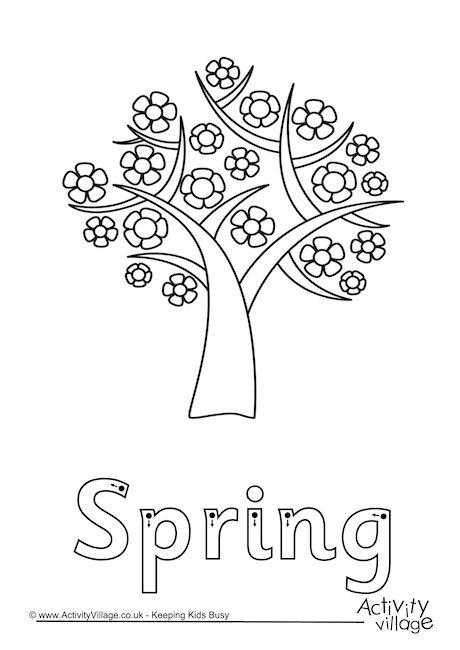 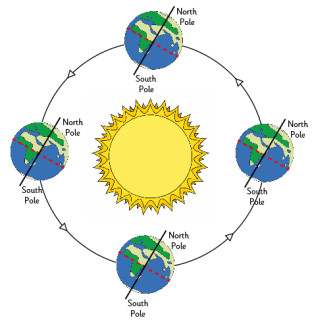