Brush up your child's pencil control skills with these fun tracing pages, themed for Fourth of July. 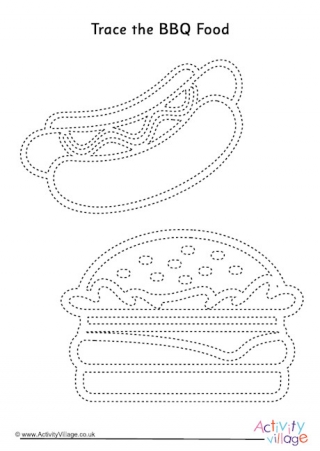 Trace the lines of a hot dog and burger and then colour them both in! Younger children can trace in the channels between the dotted lines with a crayon or felt tip pen. 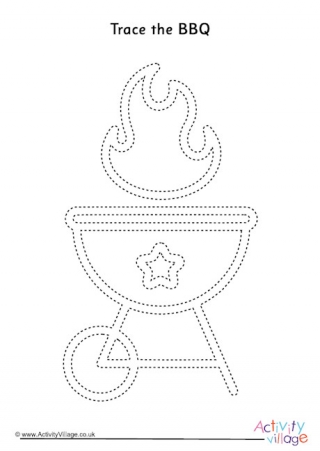 Who's for a BBQ? Trace over this one and then colour it in. Younger children can trace in the channels between the dotted lines with a crayon or felt tip pen. Trace over the dotted lines on our bonfire tracing page for some fun pencil practice. Why not colour in the picture too? 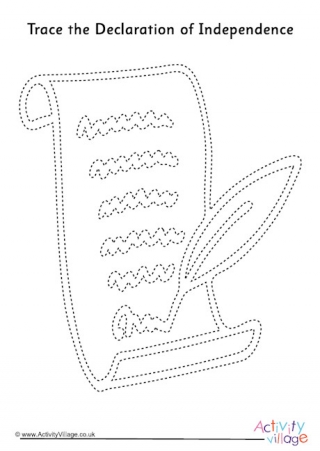 Trace over the lines of this scroll - the Declaration of Independence! Here is a firework - the rocket type - for the kids to trace and colour. Use the channels between the dotted lines for younger children, and the lines themselves for older kids. Fun for Fourth of July, Diwali or of course Bonfire Night! 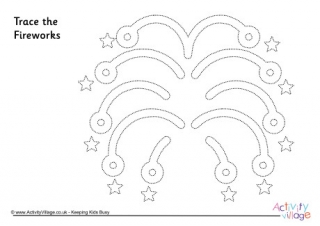 Image the sky lit up with a burst of fireworks like this one - perfect for Bonfire Night, Diwali or Fourth of July! Trace the dotted lines and then colour in the show! 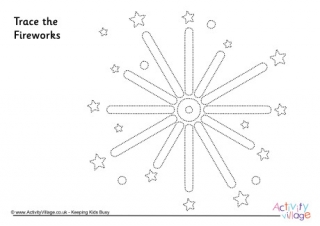 Trace the dotted lines to make your very own fireworks display! This looks like a Catherine Wheel to me... 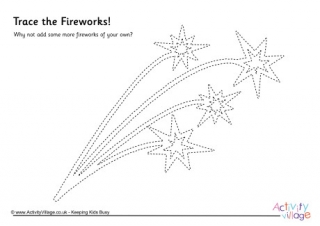 This fireworks tracing page is fun to do, but a little tricky. When you've traced over the dotted lines, why not add some of your own fireworks to the page too. 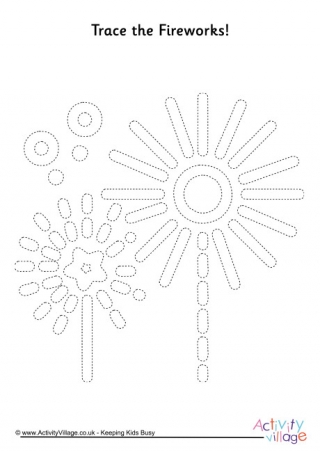 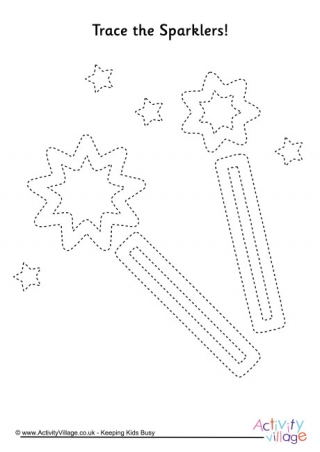 Who doesn't love sparklers? This is a fun tracing page for younger children, who will also enjoy colouring it in when the lines are traced. 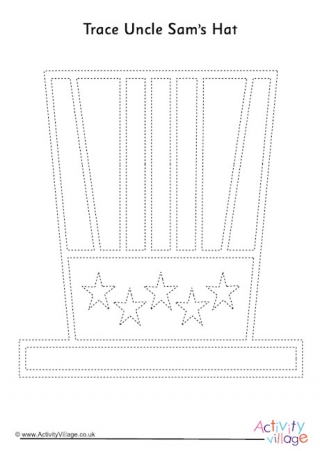 Here's a fun tracing page of Uncle Sam's hat to trace and colour n patriotic colours of red, white and blue. Younger children can trace in the channels between the dotted lines with a crayon or felt tip pen. 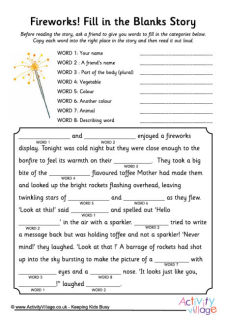