Here's an interesting worksheet to get the kids thinking. Sir Francis Drake became a knight because of his adventures, and Queen Elizabeth I thought he was brilliant. However, many people called him the Queen's pirate for taking treasure that wasn't his! Use our worksheet to write down what made him a hero, and also what made him more of a pirate in many people's eyes... 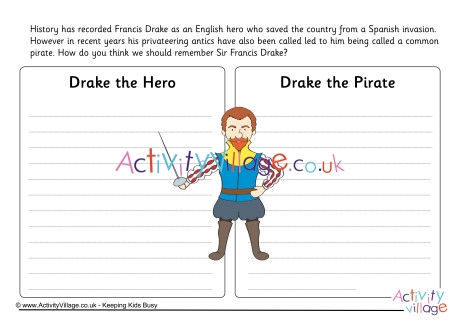 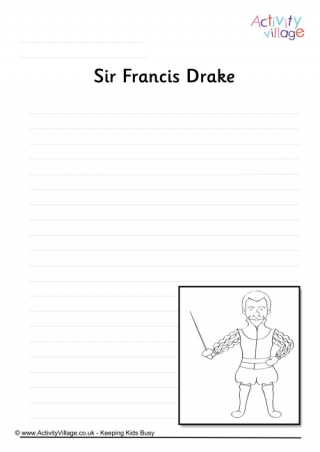 Our Sir Francis Drake writing page is designed for younger kids to record what they have learned about the famous sea captain. Choose from colour or black or white. 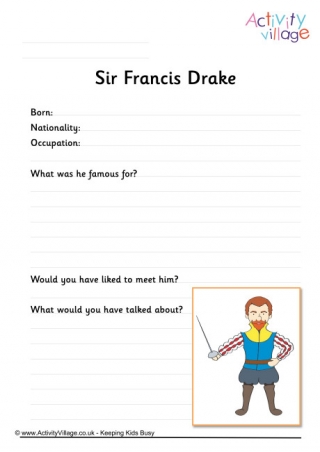 This worksheet is designed to get the kids thinking about what it would be like to meet Sir Francis Drake and what they would talk about, and also find out some basic facts about the famous privateer. There are two versions to choose from, colour or black and white. 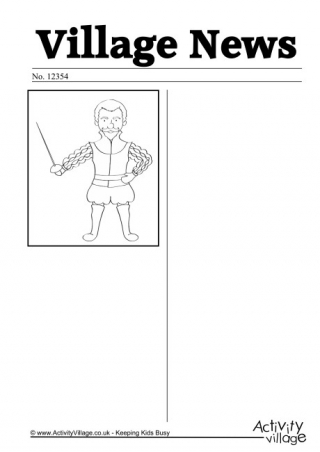