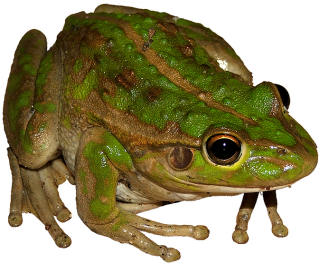 Frogs are amphibians, living mostly on land but needing to be near water for breeding. Most frogs have a short body, webbed fingers or toes and protruding eyes! Frogs have long, powerful legs and are excellent jumpers.

Frogs have an interesting life cycle. They lay their eggs in water - usually puddles, ponds or lakes. The eggs then develop into tadpoles, which look like little fish and have gills and tails and swim in the water while they grow. After 9 to 12 weeks, the tadpole will grow legs and start to look more like a frog, but still with a long tail (called a froglet). By about 16 weeks the froglet will have lost its tail and become an adult frog.

There are approximately 4,740 species of frogs around the entire world. Sadly, about 120 amphibian species, including frogs, toads and salamanders, have disappeared since 1980.

The highest concentration of frogs is found in warmer tropical climates, but frogs can be found on every continent in the world except Antarctica. 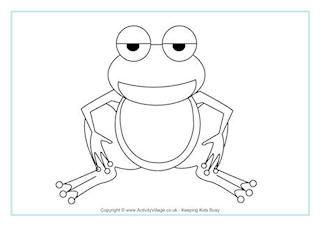 Frog Colouring Pages
Frogs are popular in kid's rhymes and stories, whether you are after a colouring page to... 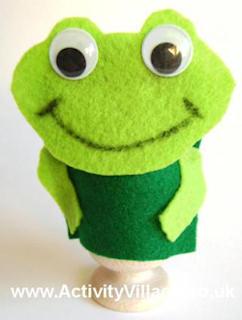 Frog Crafts
There is something very appealing about frogs for children - so frog crafts are usually very... 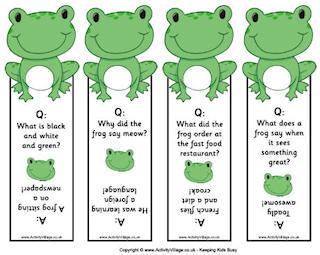 Frog Printables
Whether you are looking for Leap Year activities, about to start a frog theme, or just looking for... 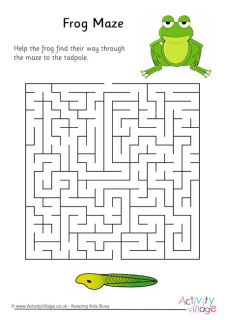 Frog Puzzles
Get puzzling with a froggy theme. We've a maze, word search and some drawing puzzles for you to... 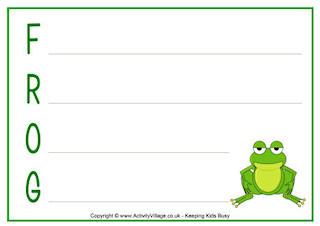 Frog Worksheets
Find our collection of frog worksheets and classroom printables below, including frog acrostic poem... 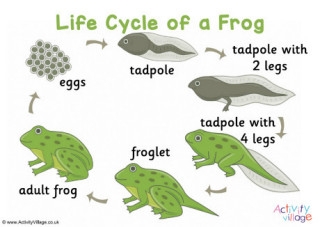 Life Cycle of a Frog
Finding frogspawn and watching for tadpole and then frogs is one of the great pleasures of... 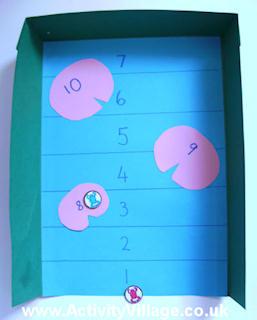 Frog Games
We've only one frog game at the moment our very own version of shove ha'penny - shove ha... 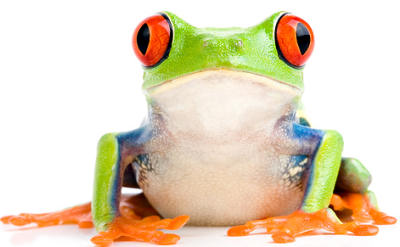 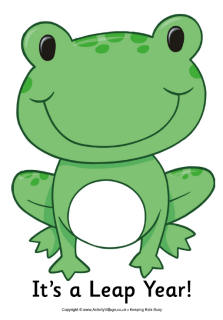 Frogs are a fun theme to explore during a leap year (next in 2016)! We've got some special leap year printables with a "hoppy leap year" theme:
Leap Year

What animal has more lives than the cat?
A frog - he croaks every night!

What's black and white and green?
A frog sitting on a newspaper!

What do you say to a hitch-hiking frog?
Hop in!

What do frogs do with paper?
Rip-it!

What kind of shoes do frogs wear?
Open toad!

What happened to the frog's car when it's parking ticket expired?
It got toed!

What does a frog say when it sees something great?
Toadly awesome!

What did the frog order at the fast food restaurant?
French flies and a diet croak!

Why did the frog saw meow?
He was learning a foreign language! 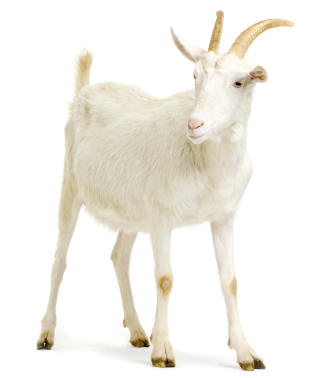