Learn about Gabon, on the west coast of Africa. It is one of the continent’s smallest, but wealthiest nations. Gabon lies on the equator and is rich in oil, as well as an abundance of wildlife living amongst its lush vegetation. Over 85 per cent of this hot and humid land is covered in rainforests. Scroll down for our printable resources below to test your knowledge. 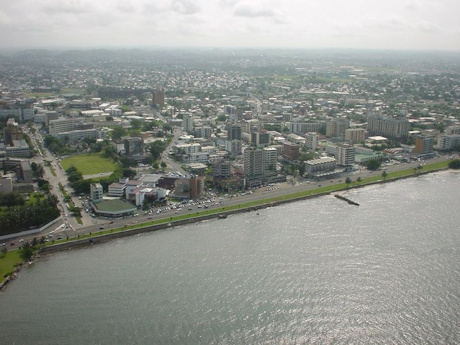 The Gabon flag consists of 3 horizontal stripes. The yellow and green are said to represent natural resources, and blue represents the sea. The flag was officially adopted on August 9, 1960. 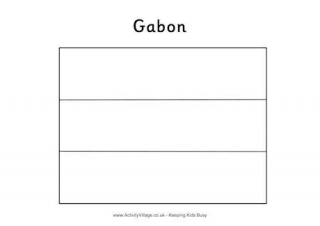 Here is the Gabonese flag to colour in. Colour the top stripe green, the middle stripe yellow and the bottom stripe blue. 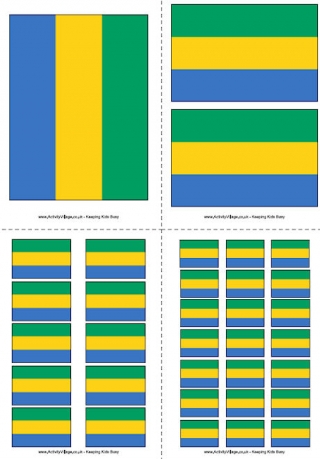 Here is the Gabon flag, in four different sizes, ready to print and cut out. 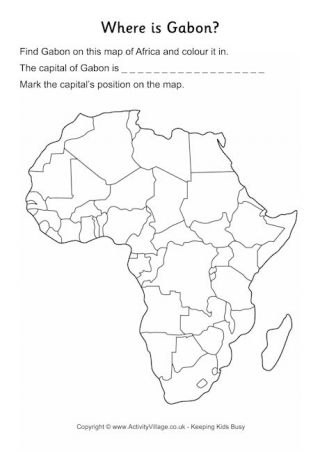 Find Gabon on the map of Africa, on one of our fun location worksheets (we have two levels of difficulty to choose from). 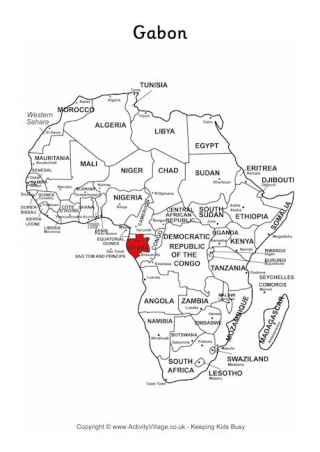 Use this handy map printable to find out where Gabon is within Africa. 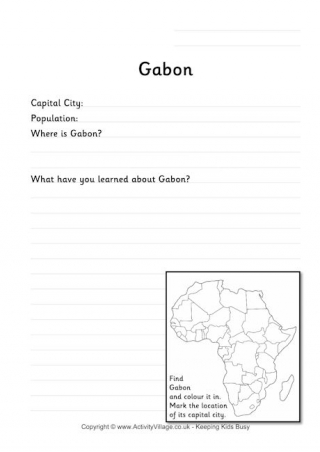 This worksheet, aimed at younger children, asks them to find out and record a few interesting facts about Gabon. Built up a set of these worksheets!