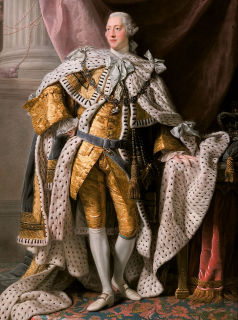 George III (1738–1820) became king in 1760 when his grandfather, George II, died. He was also King of Hanover from 1814. He was very much a British king: unlike George I and George II, he was born in Great Britain and spoke English as his first language. He never visited Hanover.

His reign was a turbulent one. First there was the Seven Years' War against France, which Britain won. Then there was the American Revolutionary War, which lost Britain many of its American colonies. Towards the end of his reign more wars with France ended with the defeat of Napoloen at the Battle of Waterloo in 1815.

George III was handsome and cultured, and started a royal collection of 65,000 books! He was fascinated by science and astrology and even agriculture, earning him the nickname "Farmer George". He was a good family man who was devoted to his wife and 15 children. He bought his wife the Queen's House, which was later enlarged to become Buckingham Palace. Sadly, George III suffered from an unknown mental illness in his later life, which eventually became permanent. By 1810 he was unfit to rule and a regency was established with his eldest son, George, Prince of Wales, as Prince Regent. 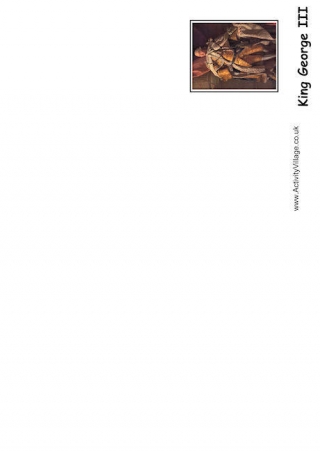 We have blank and lined versions of our foldable origami booklets ready for you to record details of George III long reign.  Details on how to fold them can be found here. 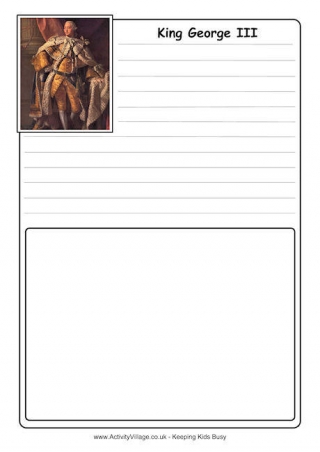 Our George III notebooking pages can be used for a project of Georgian history or perhaps if children are looking at the important people in the American War of Independence. 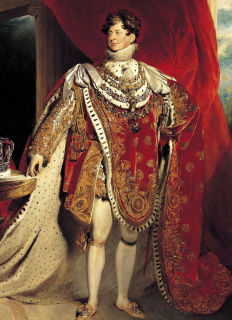