Dip into Georgia's history, geography and culture and then learn all about its flag and record what you've learned with our flag printables... 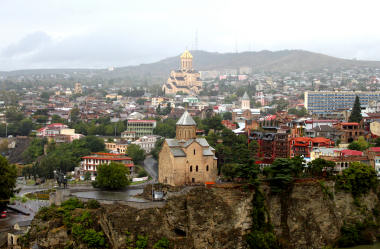 Ancient churches and modern buildings side by side in Tbilisi, capital city of Georgia

About the Georgia Flag

The National flag of Georgia, commonly known as the ‘Five Cross Flag’, was adopted in January 2004. The flag consists of a red cross on top of a white field. In all four corners there are smaller red crosses known as ‘Bolnur-Katskhuri’. The flag originates from the United National Movement, widely used during the ‘Rose Revolution’ of 2003. 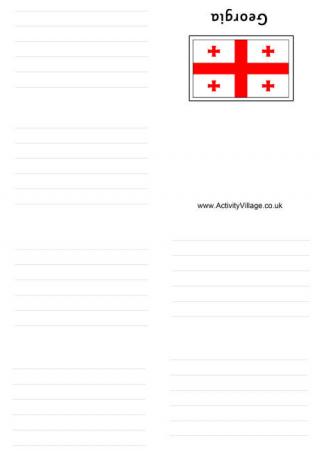 Children will enjoy making their own booklet using this page. They can record everything they know about Georgia inside. A blank version is available too which is good for drawings. Folding instructions are here. 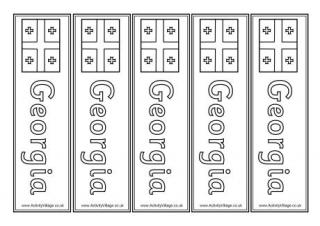 Chances are you don't have a Georgia bookmark! So why not print these out?! There's a version to suit you; black and white, colour and with or without words. 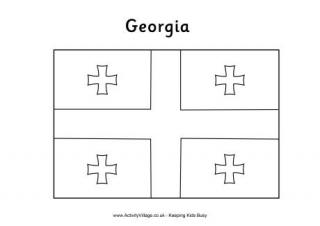 This colouring in flag belongs to Georgia and is known as the "five cross flag". Younger children will have fun colouring it in; it's nice and easy with red crosses on a white background. 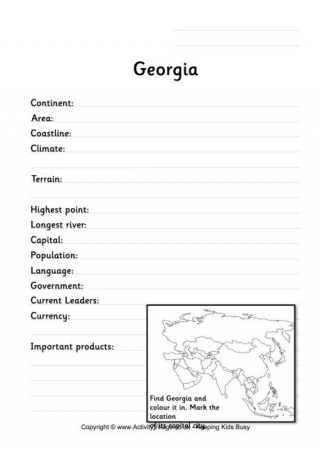 This worksheet requires some research on the country of Georgia. Find out the answers and fill in the blanks. 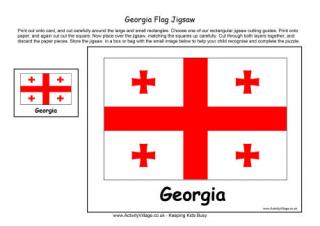 The flag of Georgia has a interesting design that will make a great jigsaw. Get your card and scissors ready and just print and cut! Don't forget your cutting template, also available on our website. 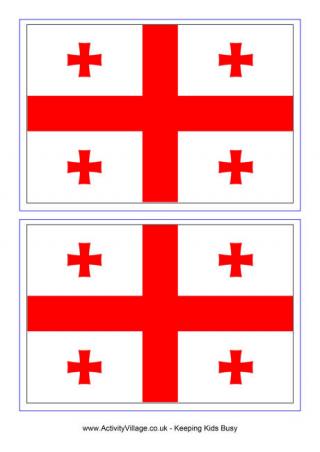 Here's a flag printable for Georgia. Make your own double sided flag, or print out to decorate your wall or books! Three sizes available. 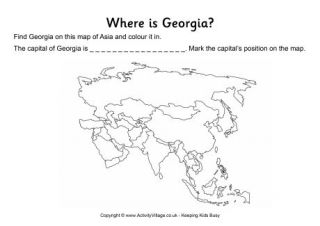 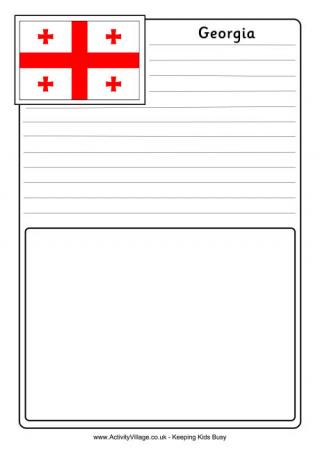 Notebooking pages are a great place for jotting down information on a topic. This one is for the country, Georgia. It has the flag, lines for writing, and a blank space for pictures. 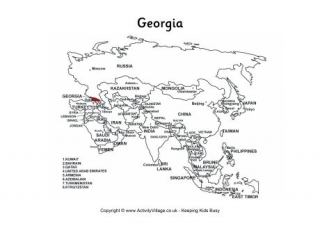 This simplified map shows Georgia's location on the continent of Asia - useful for putting the country into context. 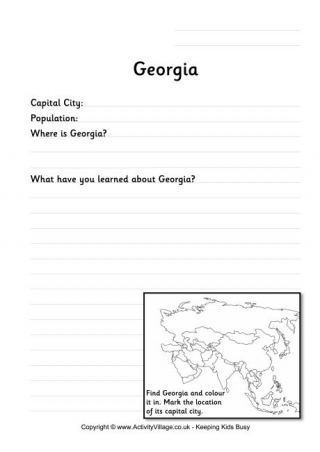 Find out some simple facts about Georgia and use them to fill in this worksheet, which also asks children to pinpoint the country's location within Asia.