What do the kids know about Germany, the largest and most populous country in Western Europe? Find out something about its geography, culture and sporting prowess below - all in "interesting fact" format to appeal to the kids - and then print and enjoy our collection of flag colouring page, jigsaw, notebooking pages and other printables. 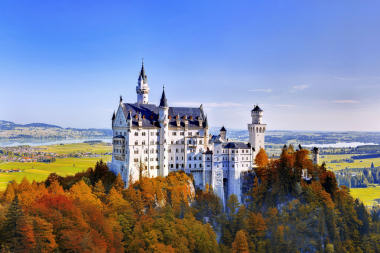 About the German Flag

The National flag of Germany consists of three equally sized horizontal stripes coloured black, red and gold. The flag was first adopted during the Weimar Republic in 1919. The colours of the flag represent the Republican democracy, formed after World War I and represent the unity and freedom of both Germany and the German people. 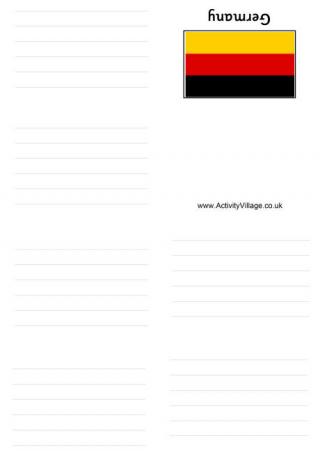 Record some facts about Germany in one of these printable booklets. Instructions on how to fold the booklets can be found here. 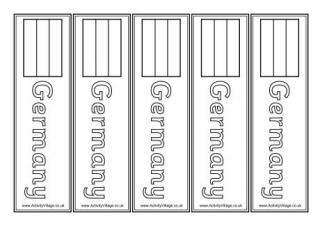 We have four sets of Germany bookmarks featuring the country's flag. Two are in colour, two in black and white for the kids to colour in. 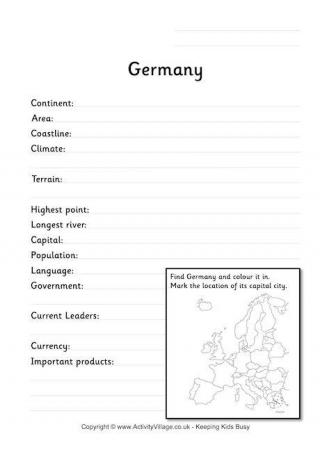 Here's a fact-finding worksheet on Germany, which includes some location work too. 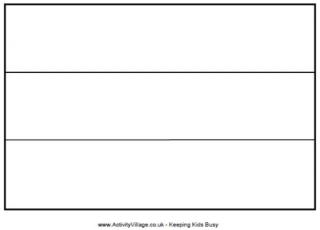 Colour in the flag for Germany, making sure you use the correct colour for each section. 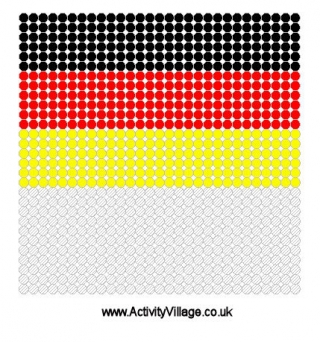 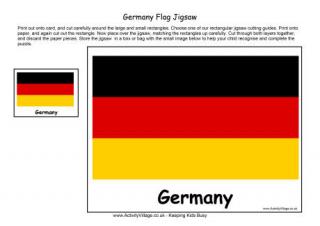 Here's a fun way to learn the German flag - print out this little jigsaw! It's easy to cut out with our cutting guides and simple instructions. 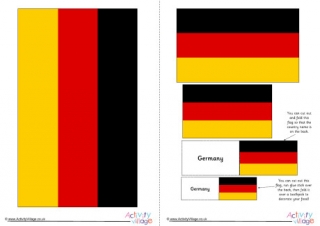 Whatever your project we have 5 sizes of flags on our Germany flag printable so you are sure to find what you need. 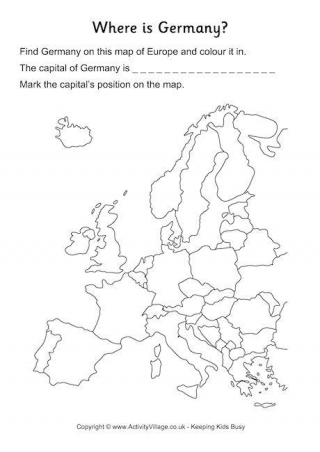 Here's a location worksheet for Germany. We ask children to find country, colour it in, and write down the capital city. Choose from two levels below. 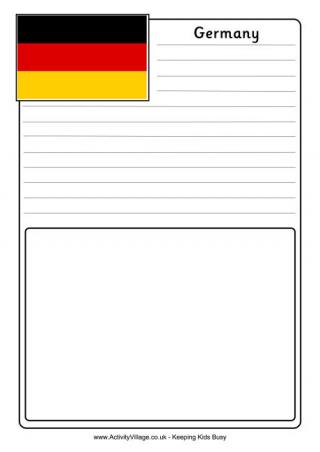 Choose from one of our notebooking pages featuring the German flag. They are useful for storing what you've learnt about the country. Page 1 gives you space to draw a map or picture too. 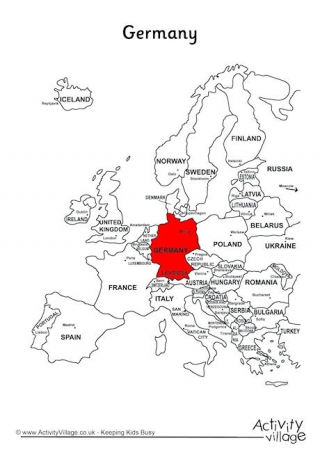 As you can see from our outline map, Germany has a central position within Europe. Use this map to discover its neighbours. And help children remember the "shape" of the country and its location. 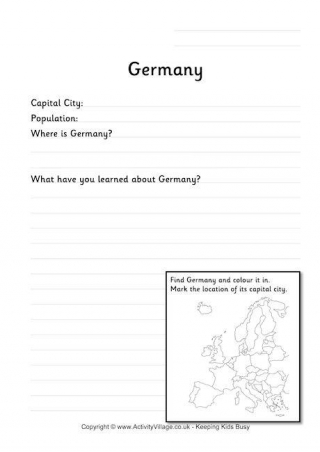 What have you learnt about Germany? Use this simple worksheet to keep track.