There are many interesting facts to be discovered about the tiny Gibraltar - although of course it is most famous for its "apes"! We also have a complete set of Gibraltar flag printables and flag colouring page. 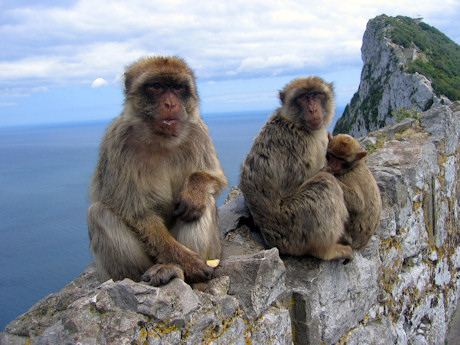 About the Gibraltar Flag

The flag of Gibraltar has a red castle and yellow key against a large white and smaller red stripe. The castle is said to represent the fortress of Gibraltar, and the key its unique position as entrance to Spain and the Mediterranean. 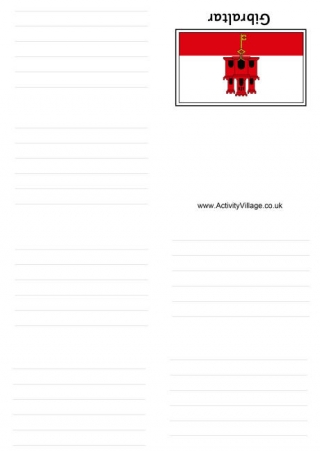 This booklet will be all about Gibraltar! A great writing exercise, or you can print the blank version and fill it with drawings instead. Instructions for folding here. Anyone who loves reading would appreciate a new bookmark! Make your own with the Gibraltar flag by cutting out and colouring in. If you're short of time print out the coloured version! 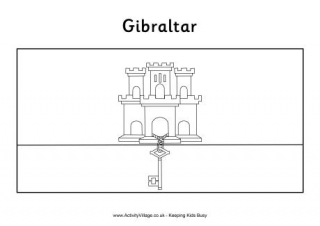 It will be fun to colour the castle and key on this colouring flag. The flag belongs to Gibraltar, the only bit of Britain that can claim to be in the Mediterranean! Jigsaws are great fun and can also be a great learning opportunity when they feature flags of the world! Follow our instructions to make your own Gibraltar flag jigsaw. 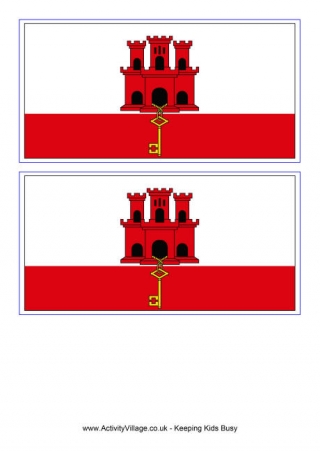 The flag of Gibraltar is very interesting, featuring a castle and a gold key! Print it out and add it to your international flag collection or use it for a project or decoration! 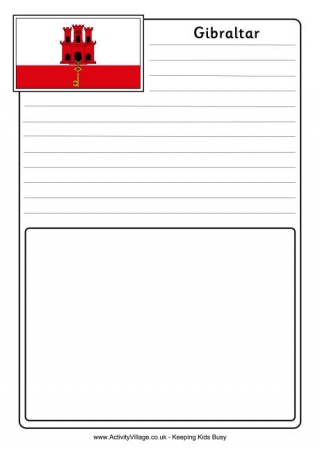 If you are learning about the British Overseas Territory of Gibraltar then you'll be needing this notebooking page. Record all your facts and drawings next to the red and white flag of Gibraltar. If you prefer, there is a version with just lines.