Find out a little about Greece - ancient and modern - and enjoy our flag printables and flag colouring pages in your projects at home and at school. 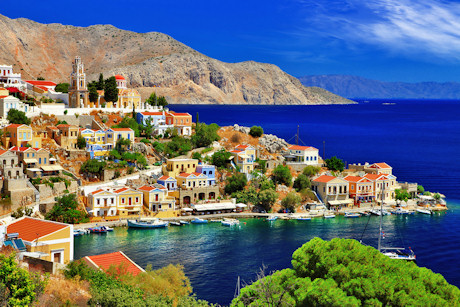 One of Greece's beautiful islands - Symi in the Dodecanese 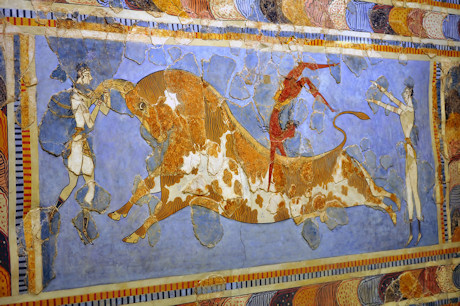 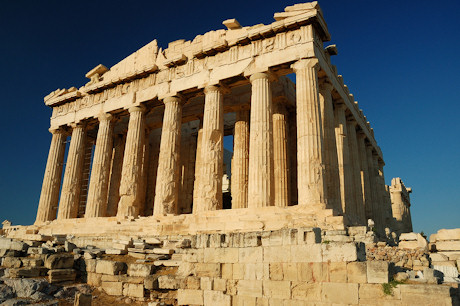 Find out more about Ancient Greece and explore our collection of worksheets, printables, crafts, colouring pages and Greek Myths activities: 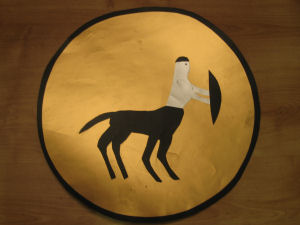 And some more fun facts: 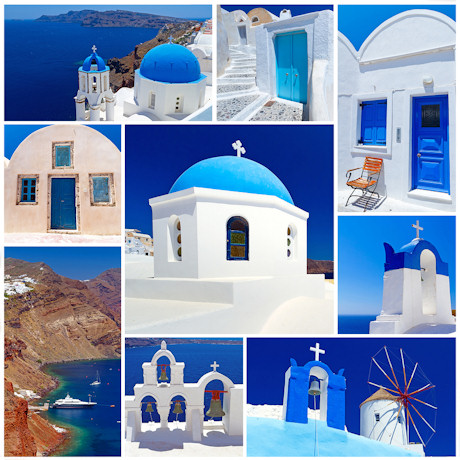 Images of Santorini, one of the Greek Cyclades islands

About the Greek Flag

The National flag of Greece consists of nine equal horizontal stripes, coloured blue and white alternately. In the top left corner is a white cross on blue background, the symbol for Orthodox Christianity. The nine stripes are said to represent each of the letters of the word ‘freedom’. The blue and white colours represent the sea, the sky and the land of Greece. The flag was adopted in December 1978. 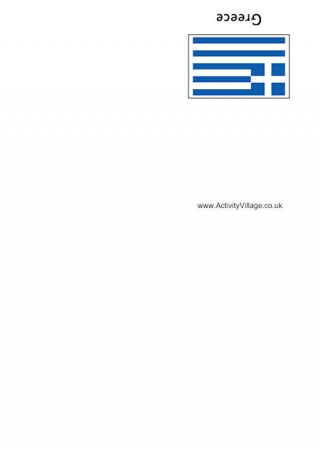 Print and fold our little flag booklet to store what you learn about Greece. You will need our origami booklet instructions. 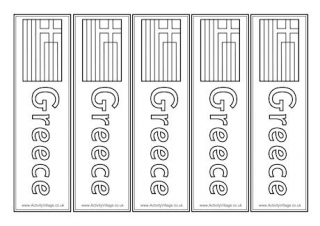 Here are four sets of Greece bookmarks featuring the flag either in colour or black and white. 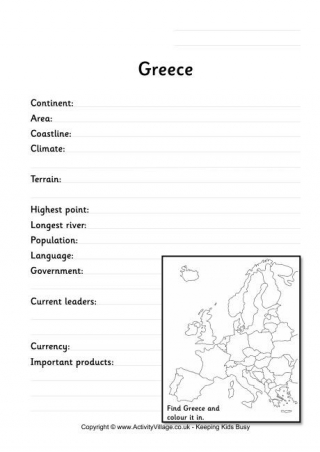 Are you learning about Greece as a topic at the moment? Our fact worksheet is a great way to test what the kids have discovered and to encourage a bit more research. 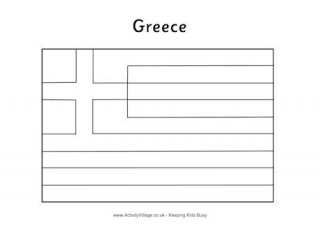 You'll need to grab a blue crayon or felt-tip pen to colour in this picture of the Greece flag. 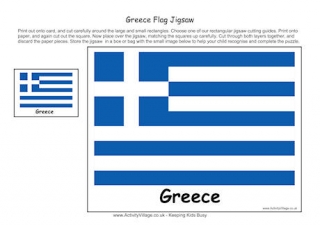 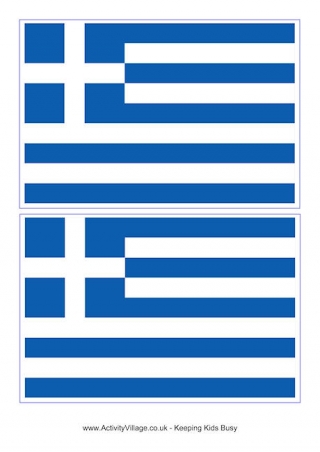 Our printable Greece flags come in three different sizes, from two per page to 21 per page. The pdf file below has three pages. 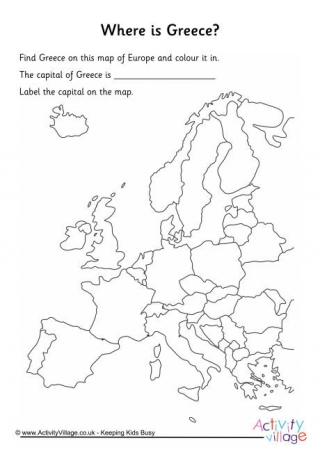 Have you ever visited Greece on holiday? If so, you might find it easier to locate on our worksheet. We've got a guided version to help younger children too... 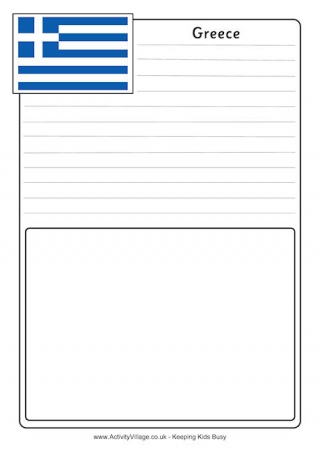 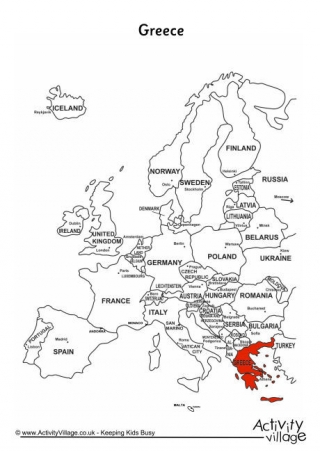 This location map is useful if you're learning all about Greece, and shows its location, size and neighbours. We've shown all the smaller Greek islands in red too. 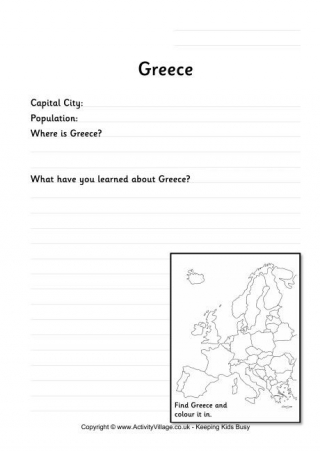 This worksheet is ideal for younger children studying Greece as a topic, as it's a little easier to complete than our other Greece worksheet.