Journey to the jungles of Central America to find out more about Guatemala and its ancient Mayan roots. Then scroll down for some of our printable activities to test your knowledge! 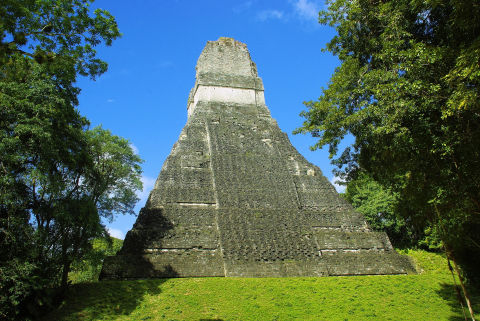 Ruins of the Mayan city of Tikal, Guatemala 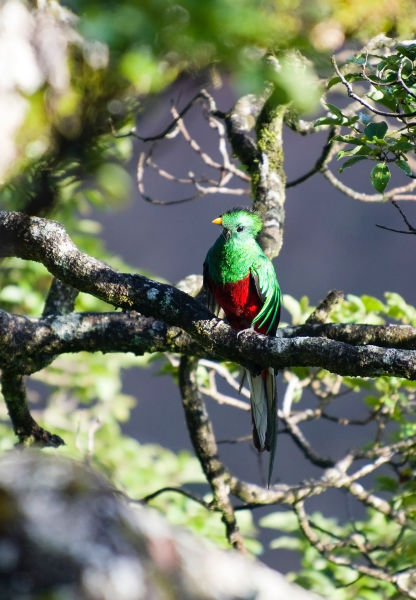 Guatemala's national bird is the colourful quetzal. You can see it on its flag. 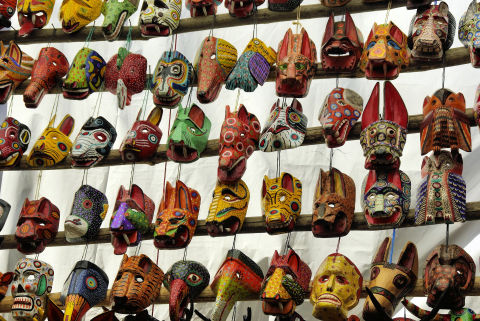 Colourful masks for sale in a Guatemalan market 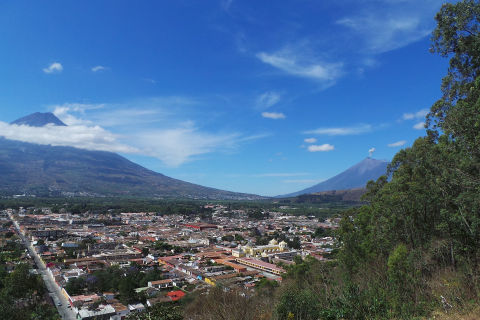 About the Guatemala Flag 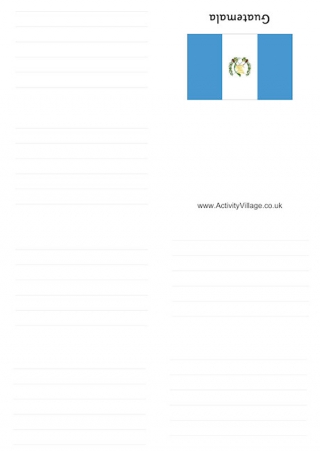 Print and fold these handy mini booklets and use for lapbooking or building up your own 'around the world' library. This booklet features the Central American country Guatemala. Instructions on how to fold the booklets can be found here. 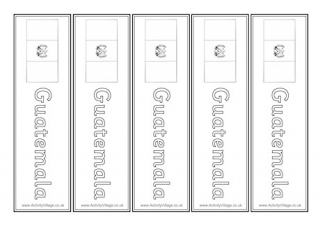 Our Guatemala bookmarks come in colour or black and white, with the country name or without, so you can find one to suit your need. 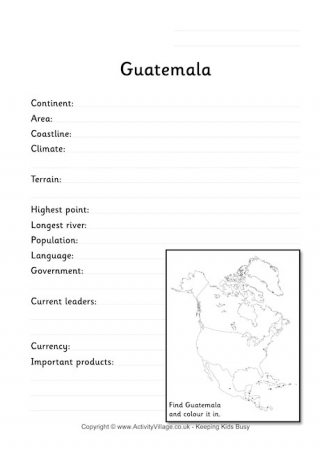 Find out the answers to these facts about Guatemala and have a go at the location challenge. When you've finished this worksheet, why not build up a collection of more North American countries? 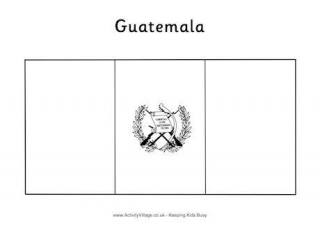 Colour in the Guatemalan flag. The outside stripes are a pretty sky blue. The central design is includes a pretty bird called a quetzal, which is the national bird of Guatemala. 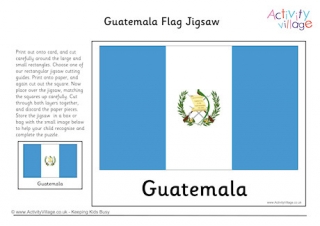 Add a bit of fun to a project with this printable Guatemala flag printable jigsaw. It's very easy to prepare, just follow the instructions here. 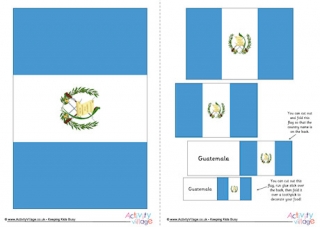 We have some handy foldable flag cards for map pins or cards as well as 3 sizes of flag on our Guatemala flag printable. 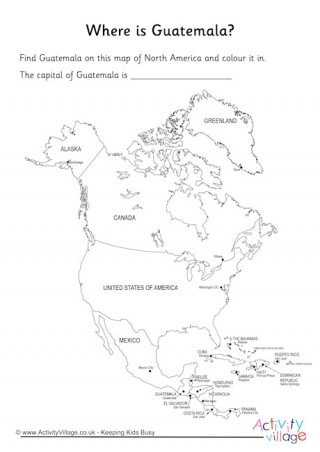 Younger children can use our guided location worksheet, which provides the country and capital names. Older kids can be challenged to identify Guatemala on this outline map of North America with no help! 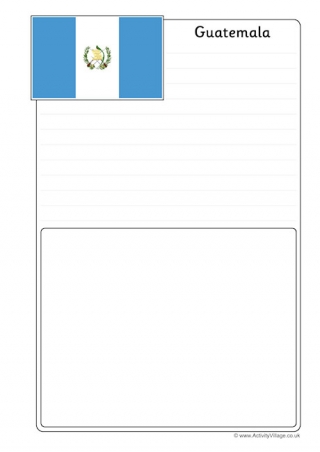 Wih one page completely lined and one with space for a picture this Guatemala notebooking page pdf is useful for project work. 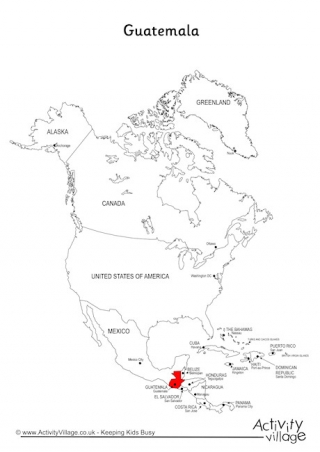 This simplified outline map of North America shows the location, size and neighbours of Guatemala. 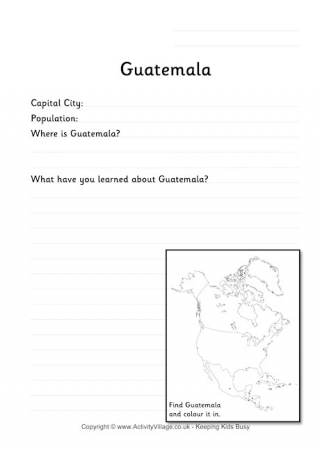 Use our simplest worksheet on Guatemala to record all the interesting facts that the kids have learned about the country.