Find out some interesting facts about Guernsey in the Channel Islands, and enjoy our flag printables with the kids. 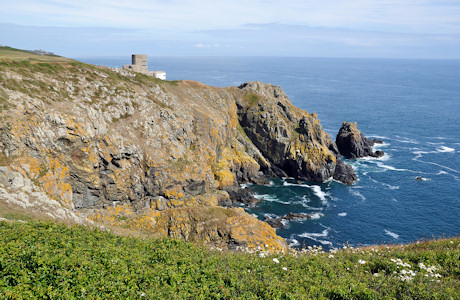 About the Guernsey Flag

The Guernsey flag dates to 1985, when the island added a gold cross to the St George's cross to end confusion with England at sporting events. The gold cross represents Duke William of Normany, who is said to have ridden into battle at Hastings with such a flag. 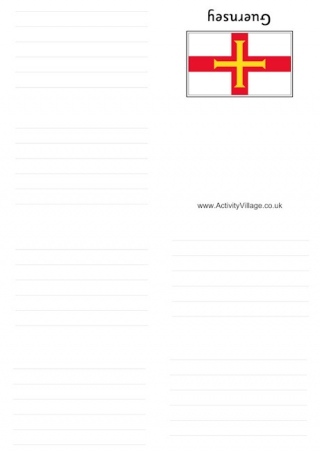 Our flag booklets like this one for Guernsey are useful in so many ways  - why not make some for a few different countries and build a mini library? You will need our origami booklet instructions. 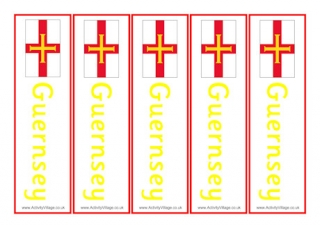 We have four variations of this Guernsey flag bookmark printable including 2 in colour and 2 in black in white for the kids to colour in. The blank bookmarks make useful labels, too. 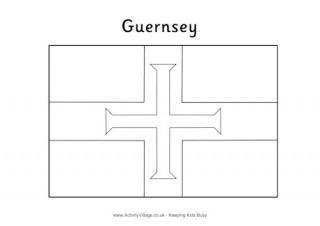 Here's a Guernsey flag colouring page to print and enjoy. 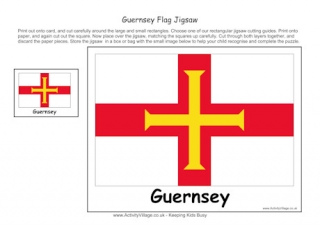 Make your own flag of Guernsey jigsaw - a great way to help the kids remember the flag! It's easy to do. Just follow the instructions here. 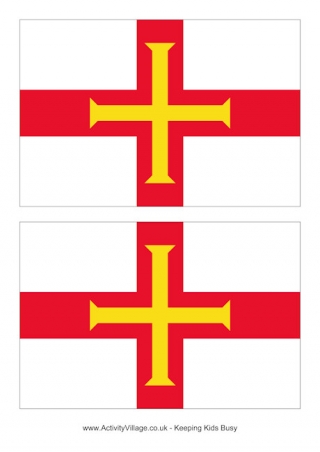 This Guernsey flag printable has 4 different sizes of flag to print, perfect for crafts, school projects or celebrations. 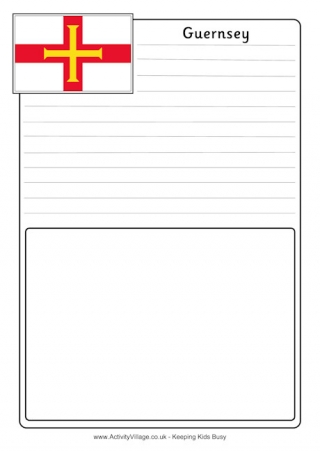 Learn about Guernsey and use our notebooking pages to present your work.