Take a trip to the west coast of Africa to a small country of coastal plains, rugged highlands, humid rainforests and dry deserts. Guinea could be one of Africa’s richest nations thanks to its wealth of minerals, but most people remain poor after decades of unstable government. Scroll down below to test your knowledge with our range of printable resources. 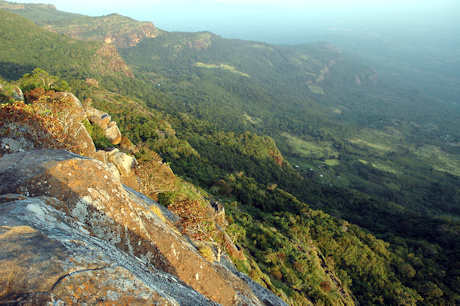 The Guinea flag features three vertical bands of red, yellow and green. Red stands for the struggle for independence, yellow symbolises the sun, and the green represents the country's vegetation. The flag was officially adopted on November 10, 1958. 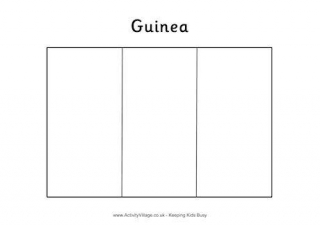 African flags often use the colours red, green and yellow, and the Guinea flag is no exception. The stripes are red, yellow and green, from left to right. 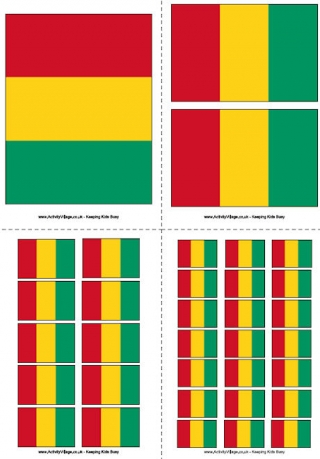 We have four different sizes of the Guinea flag available for you to print out and use in displays, crafts and school projects. 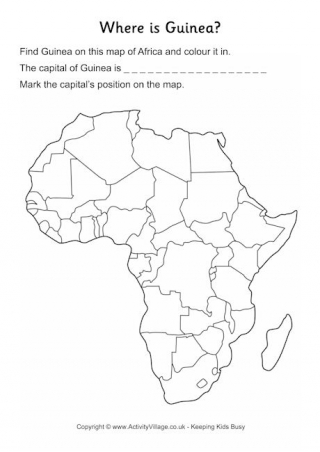 Find Guinea on this outline map of Africa - do you know the name and location of the capital city too? 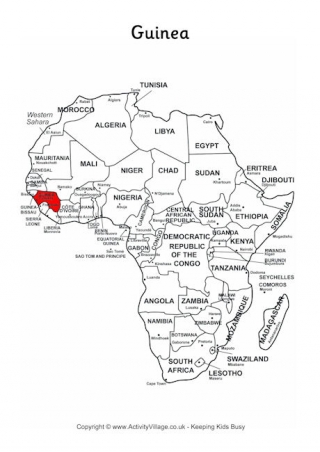 We've marked Guinea in red on this map, so you can spot it easily! 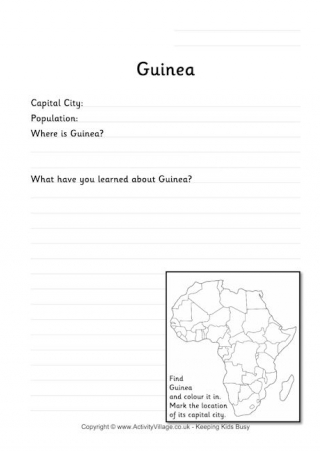 Here's a simple fact-finding worksheet all about Guinea, perfect for your geography studies...