Travel to the most mountainous country in the Caribbean and find out more about Haiti’s fight for independence. Then scroll down for some of our printable resources to recall what you have learnt! 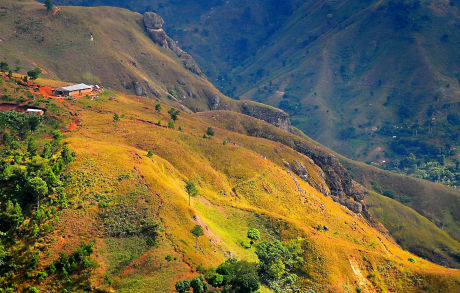 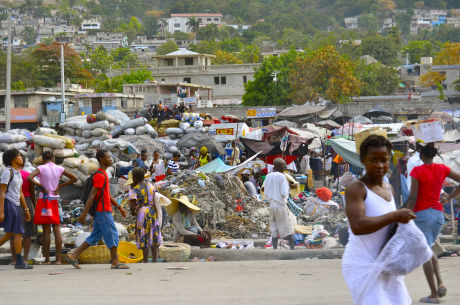 And Some Interesting Facts …

About the Haiti Flag

The flag has two bands of colour, blue and red. In the centre there is a crest on a white background, bearing the country's motto "L'Union Fait La Force", which translates as"Union Makes Strength". 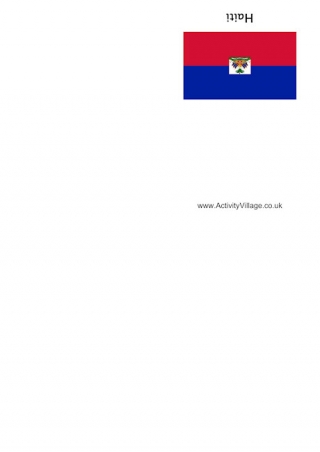 In a choice of blank or lined our Haiti booklets make a fun and different way to present project work. Folding instructions can be found here. 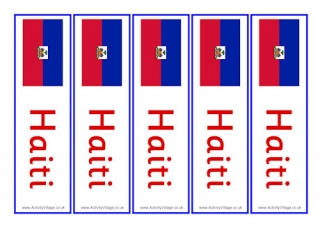 Whether you prefer to colour them yourself or print our red and blue versions, celebrate Haiti with our Haiti bookmarks. 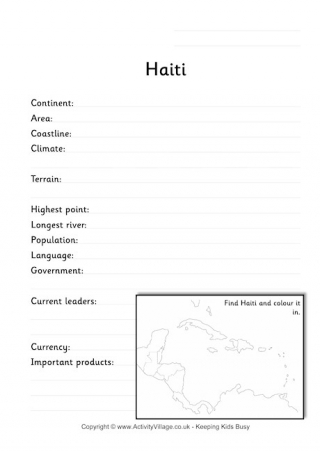 Children can work on finding some interesting facts out about Haiti with the help of this simple worksheet, which includes some location work too. 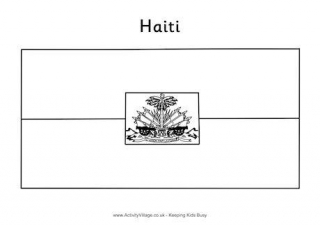 Here's a colouring page of the Haiti flag to print for the kids. It's not an easy one to colour in! 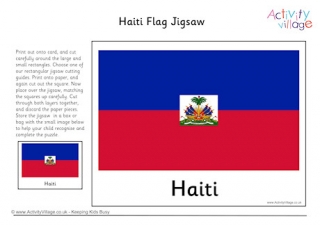 This printable jigsaw will soon have children recognising their flags. This one features the flag of Haiti. Instructions and cutting guides are here. 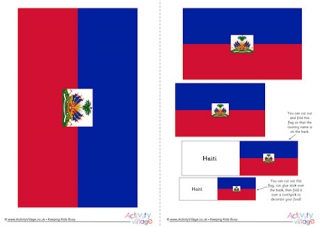 If you need a Haiti flag, you've come to the right place! We have five different sizes for printing in the PDF file below. 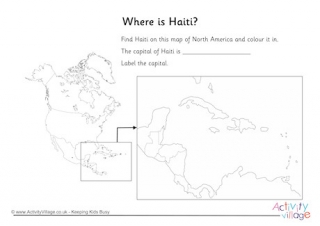 There are two versions of this Haiti location worksheet. The first is guided - in that we provide the country and capital city names and just ask the children to find Haiti and Port au Prince. The second is blank and much harder. 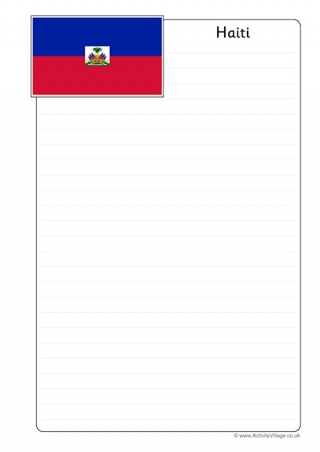 Learn about the country of Haiti and present your work on our handy Haiti notebooking pages. 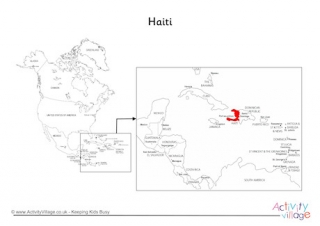 This simplified outline map shows children the position and scale of Haiti relative to its surroundings. 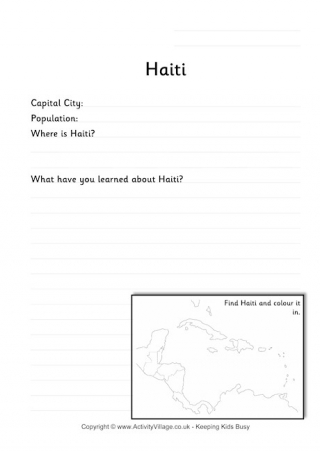 This is a very simple fact-finding worksheet on Haiti, with plenty of space for children to gather together any interesting information they have discovered.