We hope that young fans of Harry Styles will enjoy colouring in his picture, displaying our poster and using the other printables here!

Harry was born in February 1994 in Worcestershire and grew up in Cheshire. He became famous when he auditioned for the XFactor in 2010, as a solo artist. Although he didn't make it to boot camp as a solo artist, one of the judges came up with the idea of grouping him with four other boys to enter XFactor as a band. Harry came up with the name One Direction, and the band finished third in the competition. Of course that was only the beginning and now One Direction and their songs are loved all over the world! 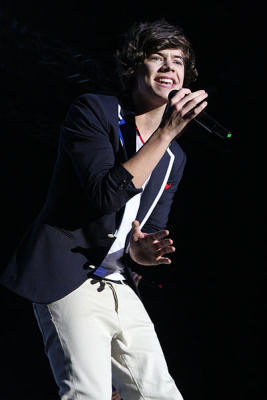 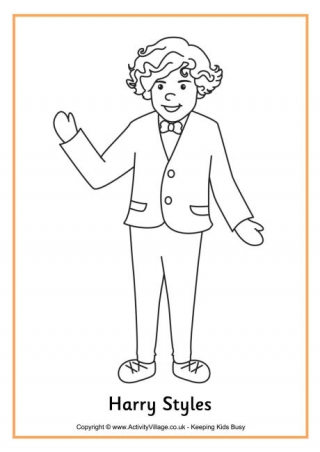 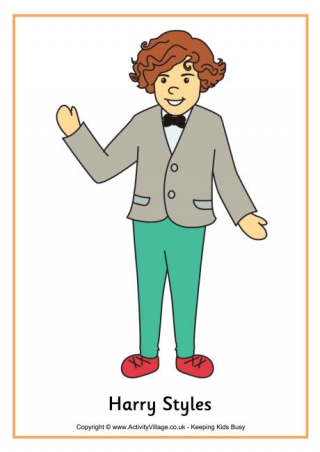 There's no mistaking which One Direction star is the star of this fun printable poster! Yes - it's Harry Styles! 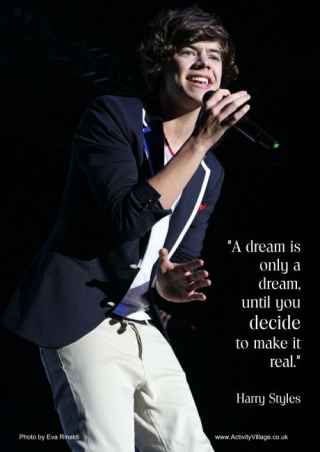 Here's a printable poster featuring a quote by Harry Styles: "A dream is only a dream until you decide to make it real". Harry certainly seems to have made his dream come real. 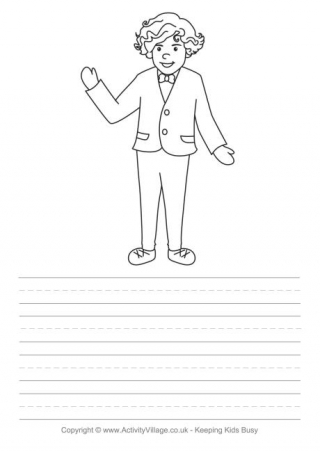 Kids can use our story paper to write about Harry Styles and then colour him in... or they could write a letter to Harry! 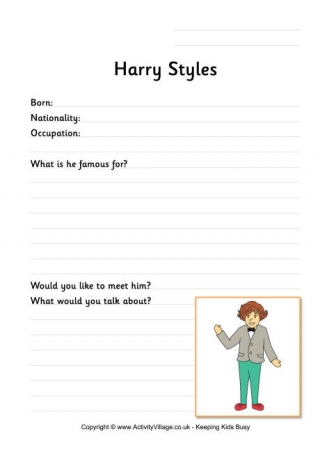 Kids can find out some facts about the One Direction star, Harry Styles, and think about what they might talk about if they were lucky enough to meet him! 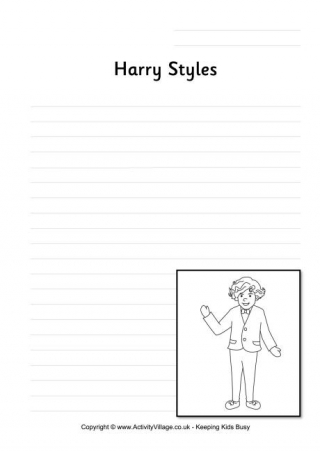 Fans of Harry can use this writing page to record facts about the pop star or write a story about him, perhaps. We've got similar pages for all the One Direction boys. 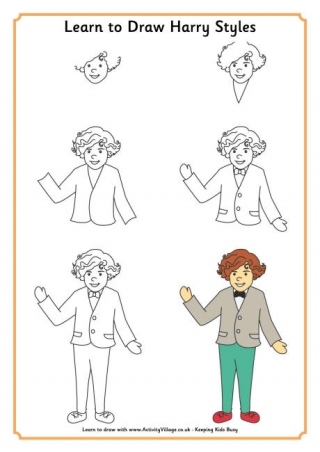 How cool would it be to learn how to draw your own Harry Styles? Well, now you can! Just follow our step by step process and you'll have your own Harry before long. When you've mastered drawing Harry, try the rest of the One Direction boys too. 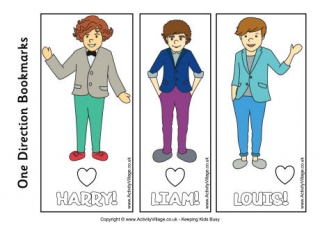 This fantastic set of bookmarks features all the boys from One Direction. The difficulty will be deciding which one to use! There are two pages to this printable. 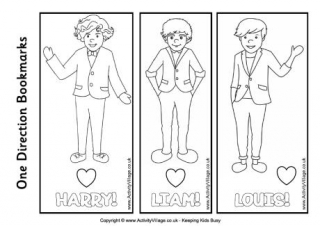 If you love One Direction you will LOVE these colouring bookmarks! Colour them in and have the band smiling out at you when you read your book! This set of bookmarks features Harry, Liam and Louis, Zayn and Niall from One Direction. You could colour them in and share them with friends, or make yourself the whole set! 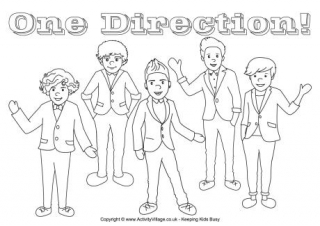 This colouring page of One Direction is your chance to design their outfits just the way you'd like them! 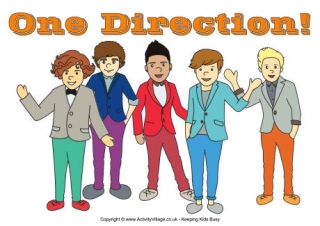 Yay! It's One Direction! Fans will love this poster of Harry, Liam, Zayn, Louis and Niall! 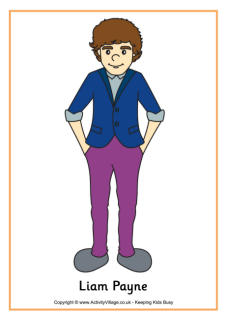