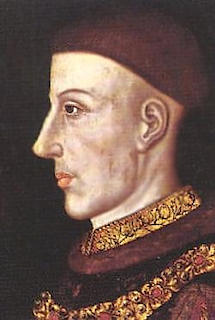 Henry V (1387-1422) had effectively ruled England for the last few years of his father, Henry IV's, reign as his father ailed.  When Henry V became king he won the support of the nobles by giving back land and titles which had been confiscated from his father's enemies.  He had Richard II reburied in Westminster Abbey.

With the support of the nobles, Henry renewed the English kings' claim to the throne of France and in 1415 sailed to France with 10,000 men.  They famously won the Battle of Agincourt against a French army three times their size!

Henry won battle after battle and conquered more and more land in France.  In 1420 the King of France, Charles VI, signed the Treaty of Troyes, which recognised Henry as heir to the throne of France.  But Henry died two years later, just weeks before he would have become King of France! 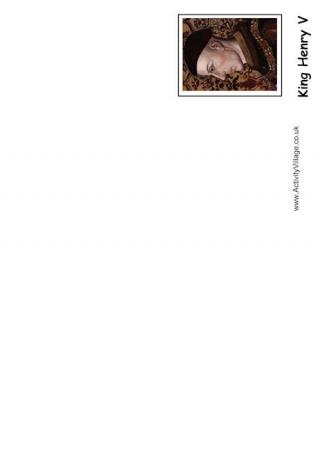 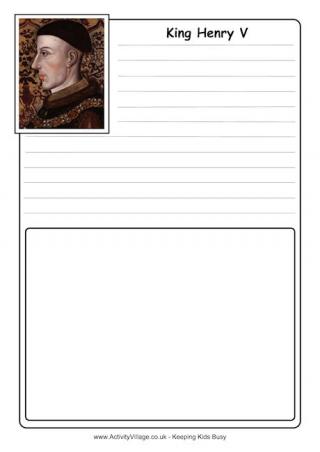 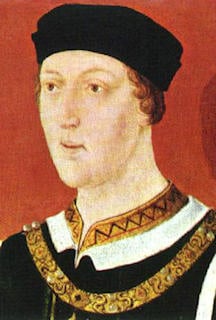