What do you know about Hungary? There is plenty to discover in our brief discovery of the country below. We also have a full set of flag printables and Hungarian flag colouring page for you to print. 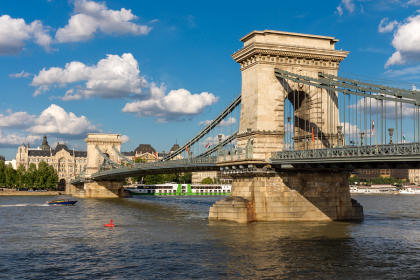 About the Hungarian Flag

This is the flag of Hungary as it has been since November 1957, although over the years there have been many other versions of this flag, including the same colours with the Hungarian coat of arms. There are many different interpretations of the meanings of the three colours; some say red represents strength, white represents faith and green represents hope. 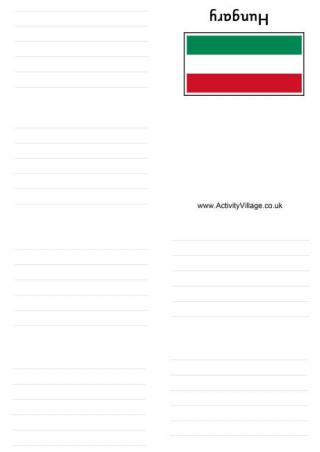 Store some facts and research about Hungary in this handy booklet - you'll need our origami booklet folding instructions found here. 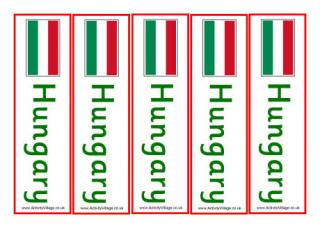 We have four sets of Hungary bookmarks featuring the country's flag. Two are in colour, two in black and white for the kids to colour in 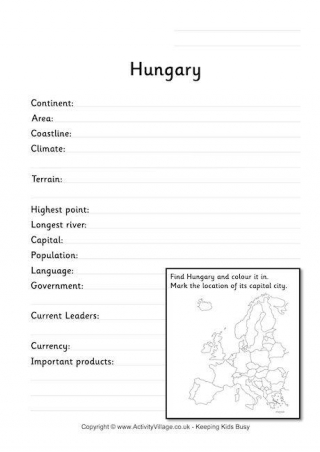 Learn about Hungary with this worksheet, which asks children to find out various geographical facts and also to locate the country within Europe. 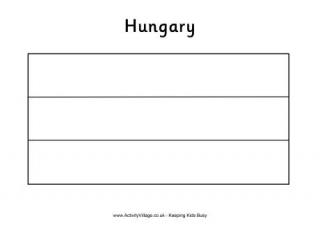 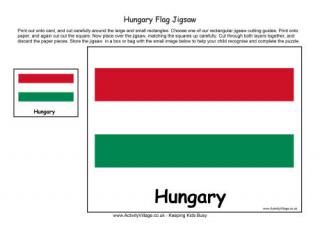 Print out our little jigsaw, cut using our jigsaw cutting guides and tailored to the age of your child, then put it back together again 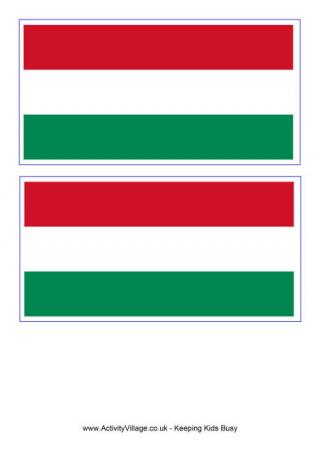 Kids can use our Hungary flag printables in all sorts of projects. We've got three different sizes of flags in this printable. 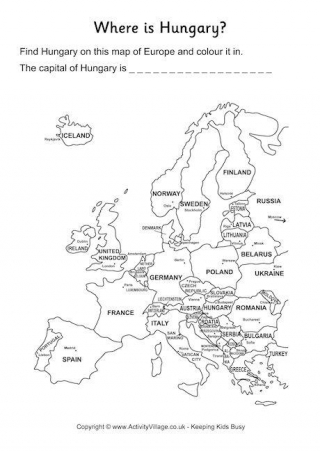 This worksheet asks children to locate Hungary on a simplified outline map of Europe. The guided version includes country names. Once located, colour it in and write down the capital city. 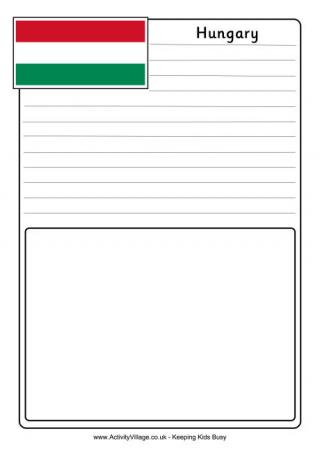 Use this notebooking page to write all about the European country of Hungary. 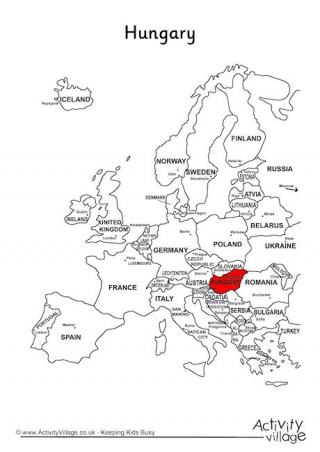 We've marked Hungary in red on our simplified map of Europe – useful for helping kids locat it and discover its neighbours. 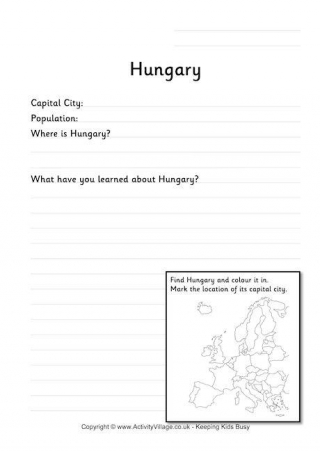 Hungary is the subject of this worksheet, which starts by asking for a few facts providing space for them to write what they have learned about the country.