Ice hockey is a team sport played on an ice rink. Players need to be very good skaters! They use hockey sticks to shoot a hard rubber hockey puck into the other team's net to score points, trying to get the puck past the heavily-protected goalkeeper.

In Canada and the United States, confusingly, ice hockey is simply known as hockey, and the outdoor game is known as "field hockey".

We've got ice hockey colouring pages for all ages - a simple outline player for younger kids and a detailed ice hockey match scene for older children. 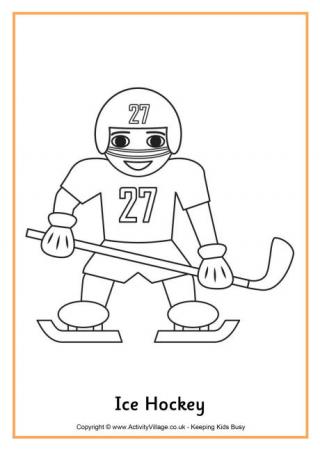 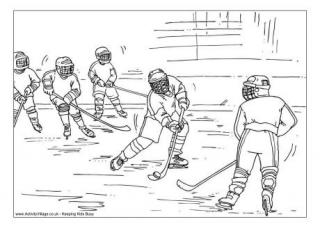 Here's a colouring page of an ice hockey match to print and enjoy with older kids... 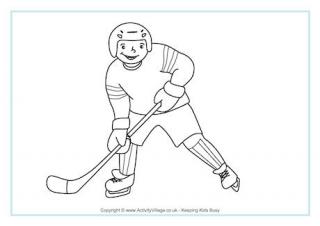 The third of our ice hockey colouring pages comes in two versions, one with a title and one without, to suit everyone. 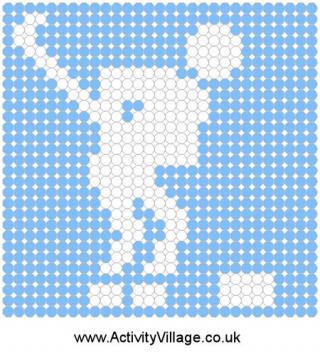 With only two colours, this ice hockey fuse bead pattern looks simple, but you will need to count carefully! Use any "wintery" colour for the background. 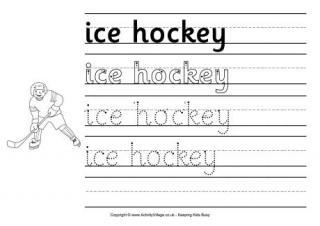 It's important in ice hockey to keep your stick on the ice. Keep your pen on the paper for this ice hockey handwriting worksheet! 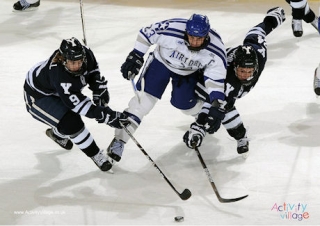 Ice hockey is the national winter sport of Canada but of course it is enjoyed all over the world, particularly in the colder areas of Europe, Scandinavia and north America. This poster really captures the excitement of a match - but there is nothing like watching one live! 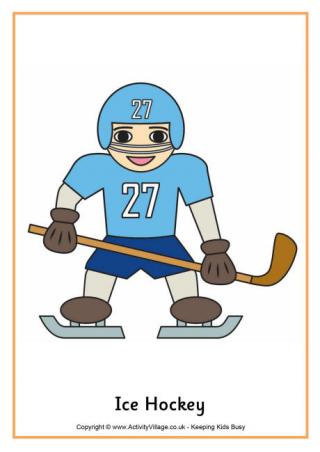 Here's a fun illustrated ice hockey poster to print, just one of many in our sports posters series. 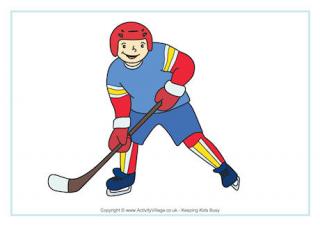 Colour in our lovely ice hockey player and then use the lines beneath to write about him or make up a story! 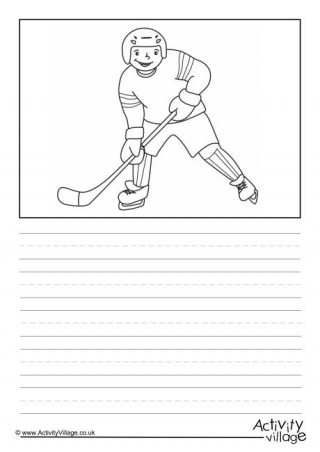 The children can write a match report for an ice hockey game with this fun story paper, or a creative story. Choose from lined or handwriting lines. 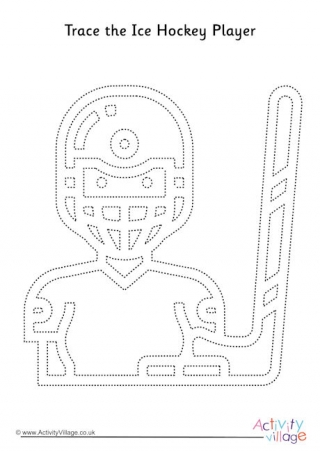 There are lots of dotted lines to trace on this ice hockey player tracing page, perfect for pencil control practise! Younger children could trace in the channel between the dotted lines. 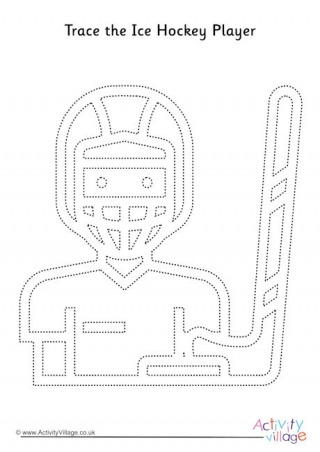 Ask the kids to carefully trace the Ice Hockey player, and his hockey stick and puck too! This ice hockey themed writing page is perfect for sparking creativity. Use it for a story, poem, or day in the life of an ice hockey player! Great for Winter Olympic activities. Learn to draw an ice hockey player with this fantastic sheet. This would be a great Winter Olympic activity. When it is cold and snowy outside, kids can make this ice rink craft for their action or fashion dolls to enjoy! Smaller dolls could have a game of ice hockey, perhaps? Write about why you love the thrilling sport of Ice hockey with this handy writing prompt.