Find out about the fascinating country of Iceland and print out our flag printables - notebooking pages, three sizes of flags, jigsaw, colouring page and bookmarks... 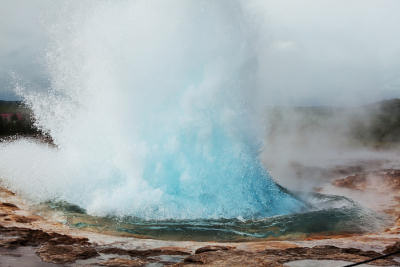 One of Iceland's geysers

About the Icelandic Flag

The current Icelandic flag was adopted in 1944, when Iceland became a republic. There is a red cross on a white cross, on a blue background. It is said that the red represents the fire produced by the island's volcanoes, white symbolises the ice and snow that covers Iceland, and blue is for mountains in the distance. 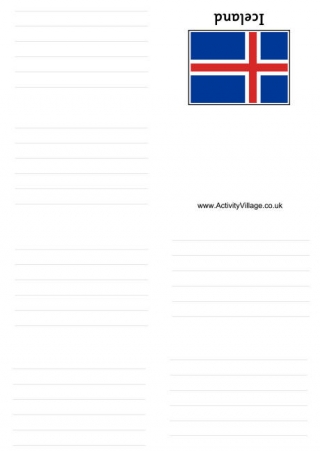 Print and fold this little booklet featuring the Icelandic flag, then use it to store notes on the country. You could build up a whole library about the countries of Europe! Folding instructions are here. 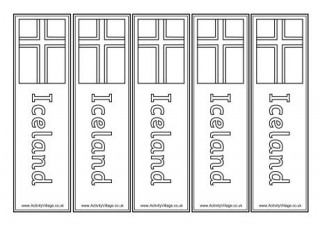 Here are four sets of bookmarks featuring the Iceland flags. Two have the name of the country, two are blank; two are for colouring in and two are ready-coloured. 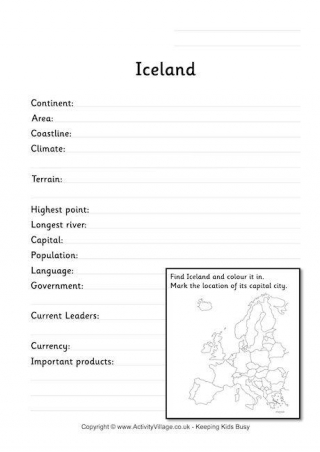 Find out some useful facts about Iceland in practice location skills with this Iceland fact worksheet. 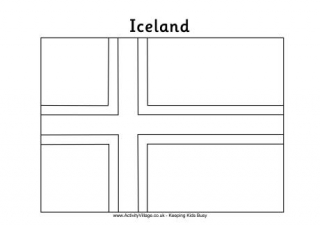 Colour in the flag of Iceland, making sure you check that the colours are in the right places! 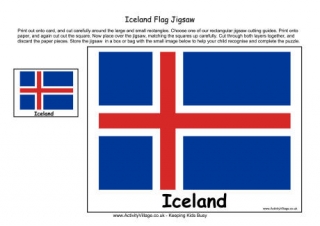 Here's a clever way to remember the flag of Iceland - try it as a jigsaw! You will find instructions and cutting guides here. 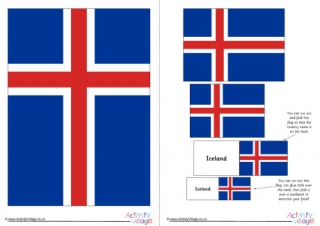 Four sizes of useful Iceland flag printable, for your projects! 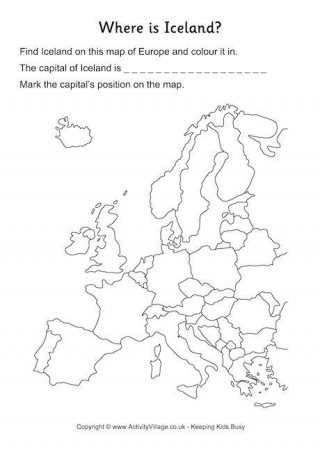 Have a go at locating Iceland on this simplified outline map of Europe. Choose from two levels of difficulty. 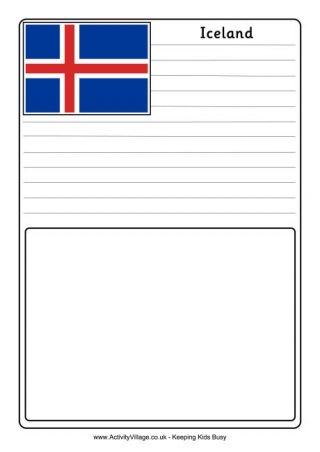 Two useful notebooking pages to choose from featuring the flag of Iceland... 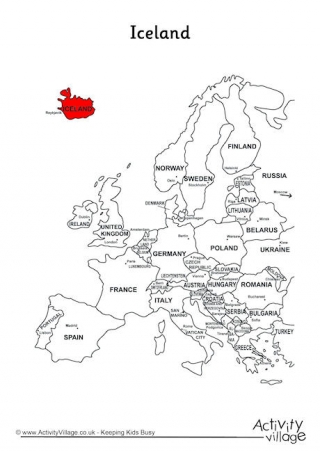 Have you ever wondered what Iceland's whether is like? You can take a guess when you see how far north it is! 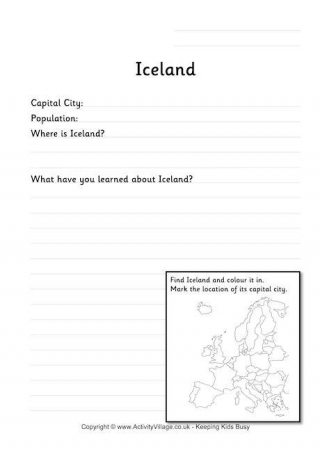 Iceland is the subject of this simple geography worksheet! It's a fun way to start your studies…