Enjoy our fun facts about the Isle of Man and a complete set of flag printables and colouring page too. 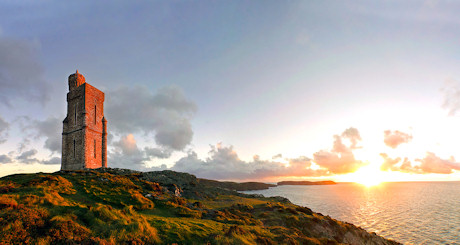 The Isle of Man, or Mann, is a self-governing Crown dependency. That means that it is independent but that it's foreign relations and defence are the responsibility of the British Government, and that the Queen is its head of state. She holds the title "Lord of Mann"!

Mann sits in the Irish Sea between Great Britain and Ireland. It has a population of less than 100,000. About a third of the population live in the capital, Douglas.

The Isle of Man has an ancient history, having been inhabited since before 6500 BC. It belonged to Vikings in the 9th century, Norway in the 11th century and Scotland in the 12th century!

The Isle of Man has its own language, Manx, which was derived from the Gaelic languages. Not many people use it now.

If you live on the Isle of Man, you pay very little tax. The island is a "tax haven".

Mann has a very distinctive, funny flag, featuring the three legs of the Manx coat of arms. No-one really knows why the symbol was adopted!

Have you heard of a Manx cat? It is a breed of cat with its origins on the Isle of Man, and a stubby tail! 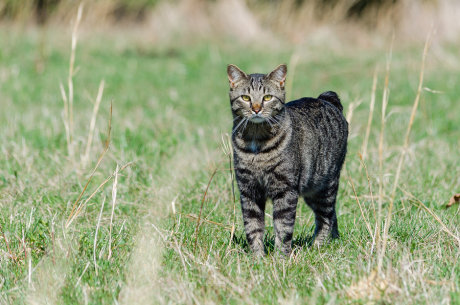 About the Isle of Man Flag

The Isle of Man flag has a very distinctive design of three legs in armour, with spurs, on a red background. The three-legged symbol is called a triskelion and is very ancient, used by the Myceneans. It appears on the Manx coat of arms which was adopted in the 13th Century, but no-one really knows why.

Our Isle of Man Flag Printables 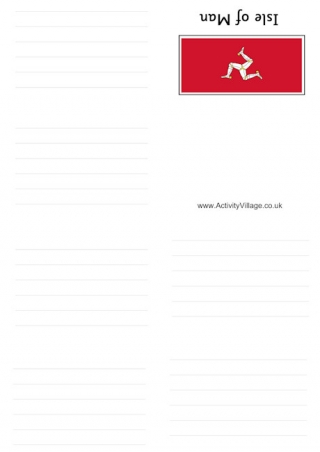 Record some facts about the Isle of Man in one of these printable booklets. Instructions on how to fold the booklets can be found here. 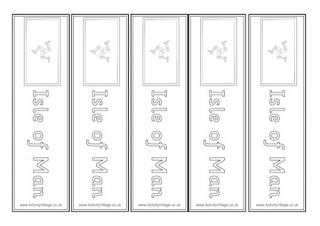 Here's a set of Isle of Man flag bookmarks. Some are pre-coloured and some are black and white for the kids to colour in themselves 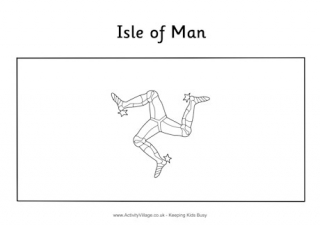 The kids will enjoy colouring in the unusual Isle of Man flag on this colouring page. 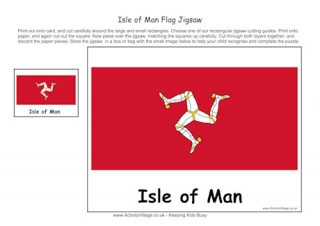 Print out this page and turn it into a jigsaw with the help of our jigsaw cutting guides. Then the kids can put the Isle of Man flag back together again! 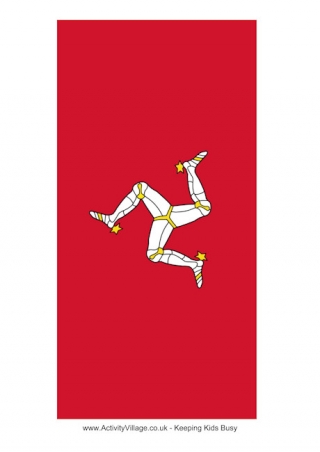 We've got four different sizes of the unique Isle of Man flag to print in this downloadable file, perfect for projects and celebrations. 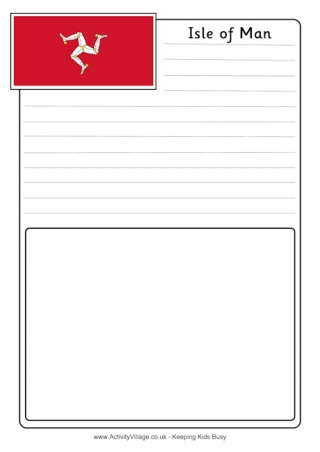 Choose one of our notebooking pages featuring the interesting Isle of Man flag, and use them to record what you have learned.