Enjoy learning just a little about Italy's rich history, geography and culture, and print out our collection of useful Italian flag printables! 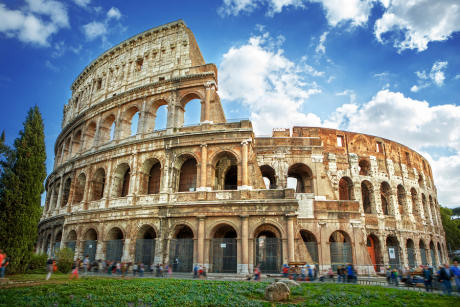 The Colosseum in Rome - a spectacular ruin! 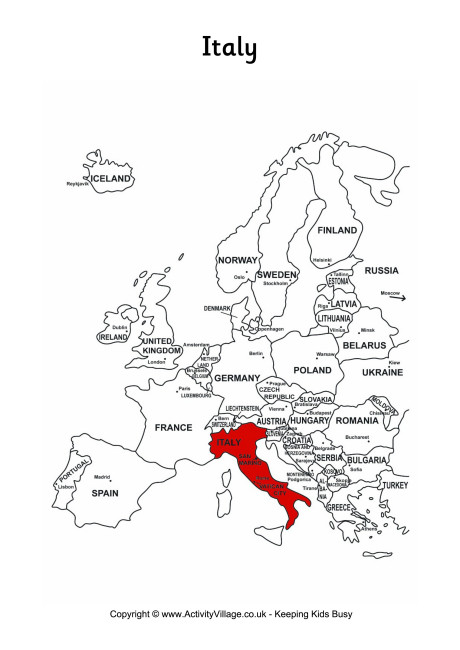 We have a printable version of this map of Italy within Europe, here.

About the Italian Flag

The flag of Italy has three verticle stripes in green, white and red. These are said to represent the green hills, the white snowy Alps and the red blood spilt in the Wars of Italian Independence. This flag has been used since June 1946 although it wasn’t officially adopted until 2 years later 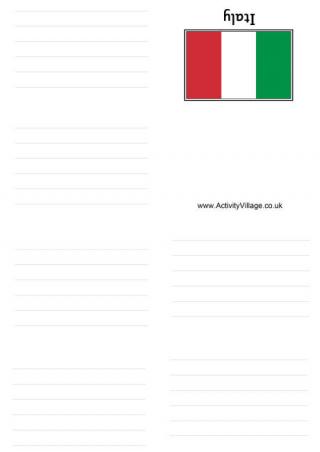 Print and fold this little booklet - choosing from lined or blank - and use it to store information about Italy. You will need the folding instructions for our origami booklet. 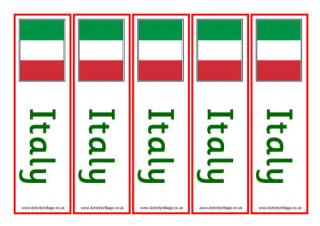 We have 4 versions of our Italy flag bookmarks to print, we have colour versions as well as black and white versions to colour yourself. 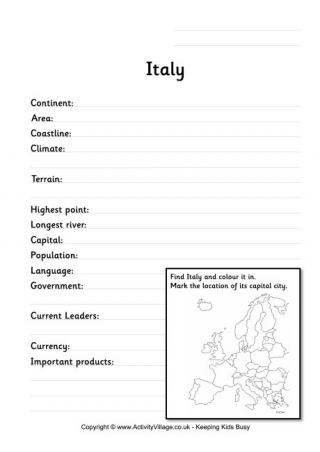 Get the kids to find out what they need to fill in this simple fact worksheet on Italy - a fun way to learn about the country. 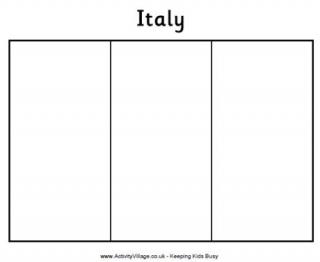 Grab a red and green crayon and enjoy colouring in the Italian flag. 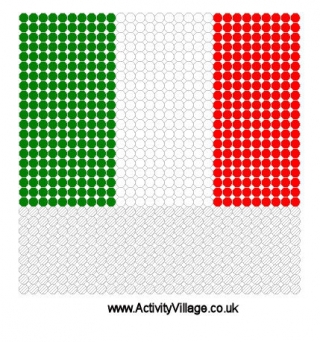 Made from green, red and white beads, our Italy flag fuse bead pattern is made on a large square peg board but could be easily scaled up or down. Ideas for using fuse beads here. 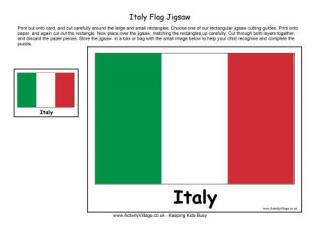 Print out the Italian flag and turn it into a jigsaw with our cutting guides. It's quick to make and you can tailor the puzzle to suit the age of your child 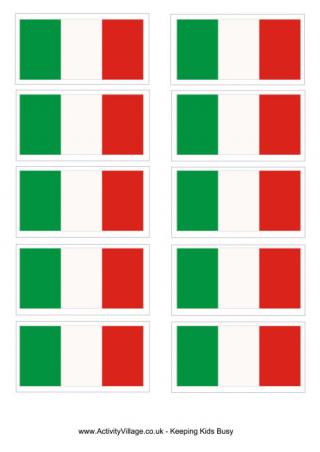 Print out the Italian flag in three different sizes. Useful for all sorts of projects! 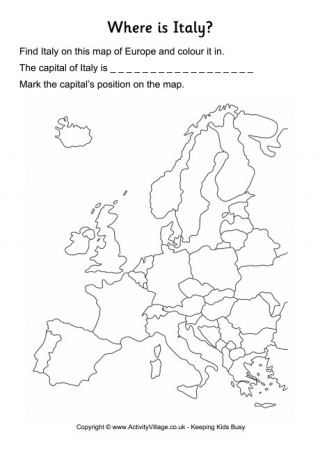 These worksheets are designed to help children recognise Italy on a simplified map of Europe - not the hardest task given its distinctive "boot" shape! 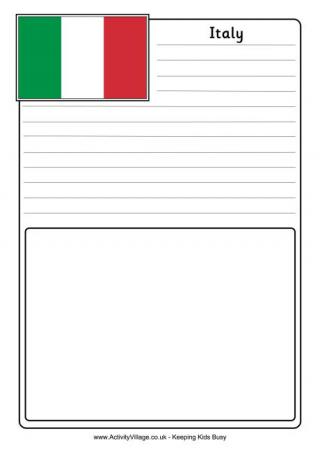 Choose one of our notebooking pages featuring the Italian flag, and use them to record what you have learned about this European country. 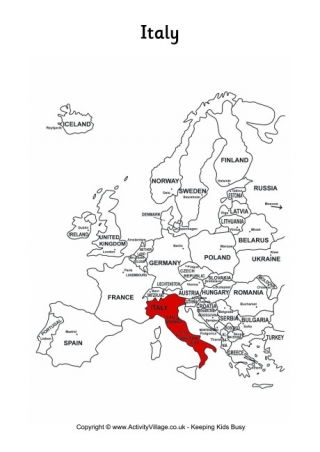 Use this useful map of Europe, with Italy's position picked out in red, with our location worksheets. 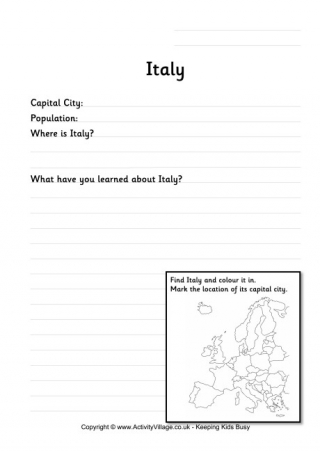 What have the kids learned about Italy? Use this simple worksheet to record what they know...