The heptathlon consists of seven events held over 2 days, including 100m hurdles, high jump, shot put, 200m, long jump, javelin throw and 800m. Points are awarded for each sport and Jackie was the first to win over 7,000 points.

Jackie retired in 1996 but has been very involved in charitable organisations, helping children around America benefit from sport.

Fun fact: Jackie won a basketball scholarship to college (UCLA) but was inspired to try track while watching a 1975 film about another female athlete, Babe Didrikson Zaharias.

"It is better to look ahead and prepare than to look back and regret."
Jackie Joyner-Kersee 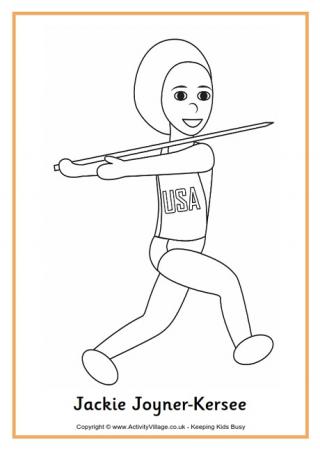 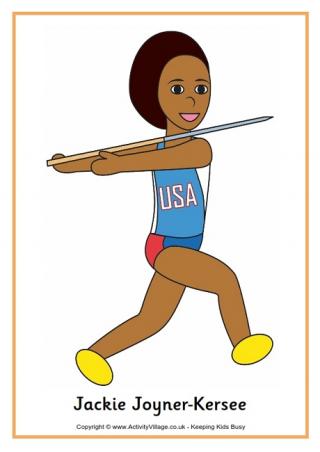 Here's a printable poster of Jackie Joyner-Kersee, one of the greatest female athletes of all time and multiple Olympic medal winner.. 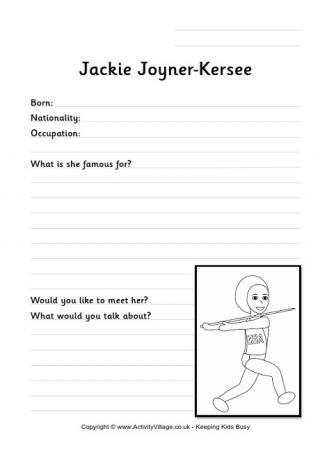 Learn about Jackie Joyner-Kersee and then fill in our fun worksheet. What would you talk about if you met this great American female athlete? 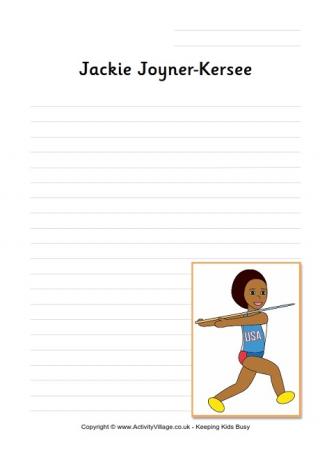 Use this printable writing page for projects on Jackie Joyner-Kersee, the great American female Olympic athlete. 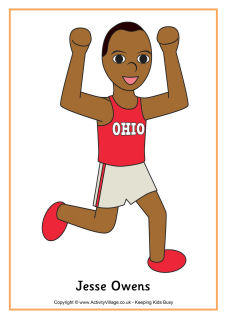