A test of a good character is whether you would want to meet that person or not! Children have to think about this and more on our James Henry Trotter character study as they think about the star character of James and the Giant Peach. 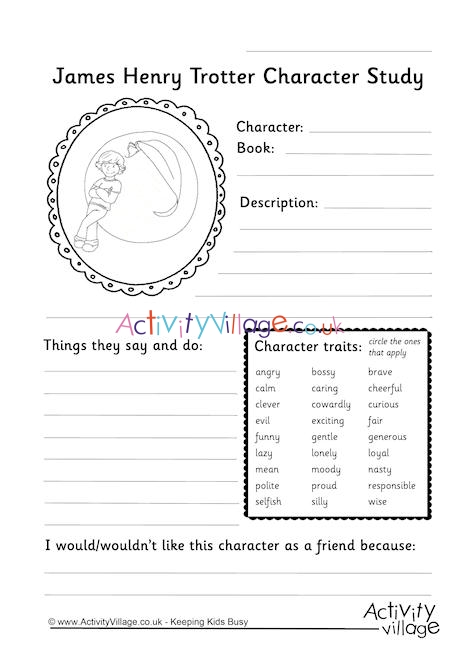