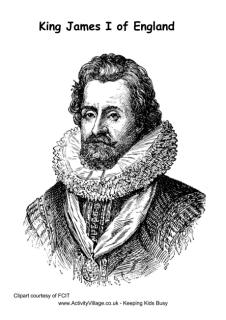 James I (1603-1625) was already King James VI of Scotland when his cousin, Elizabeth I, died and he became King James I of England as well.

James had become King of Scotland at only 13 months old when his father had been murdered and his mother, Mary Queen of Scots, was forced to abdicate and flee to exile in England.

James was a very educated man - a poet, scientist and art lover - but he was not a good king. He relied on his favourites, who were rewarded lavishly, and argued with his Parliament. He was described at the time as the "wisest fool in Christendom".

James was a protestant and in 1605 there was a Catholic plot to blow up Parliament with James inside.  This was known as The Gunpowder Plot and is commemorated today on Bonfire Night. 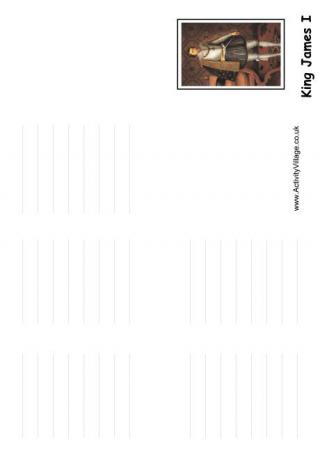 We have 2 versions of our James I booklet, blank and lined.  They'd be a useful addition to a Guy Fawkes Night lapbook.  Foolding instructions can be found here. 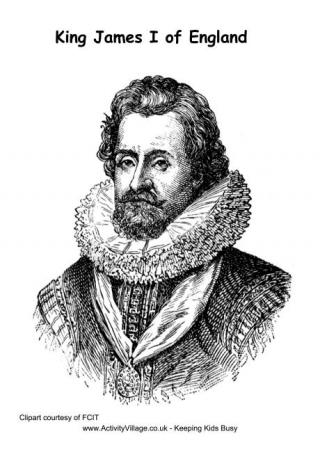 Get out the colouring pencils to colour in our detailsed James I colouring page. 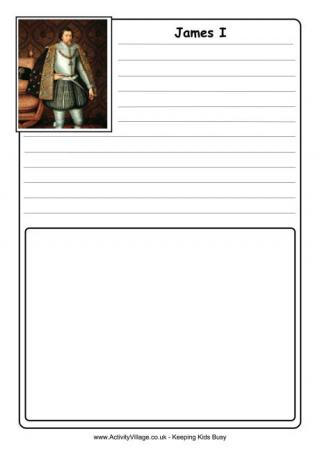 Whether you're studying the House of Stuart or doing a project on the Gunpowder Plot we have two versions of our James I notebooking page available to print. 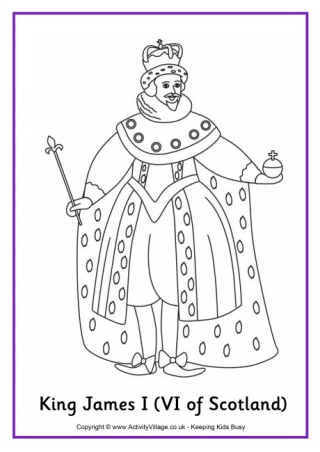 Here's a simpler King James I colouring page for younger children to print and colour. 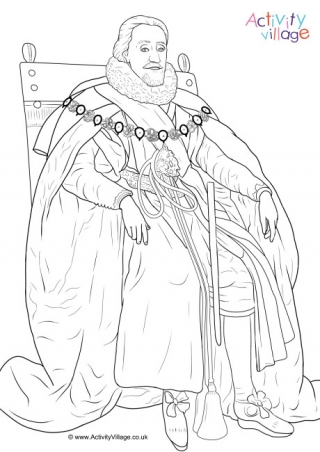 This colouring page features a detailed portrait of King James 1 sat in his robes,  ideal for older kids to colour in. Perfect for topic work on British Kings and Queens... 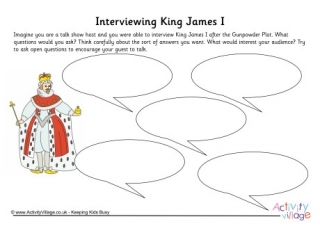 Here's an interesting worksheet to really get the kids thinking. Can they imagine they are a talk show host interviewing King James 1 after the Gunpowder Plot? What information would the audience want to hear from the King? They need to plan their questions carefully. 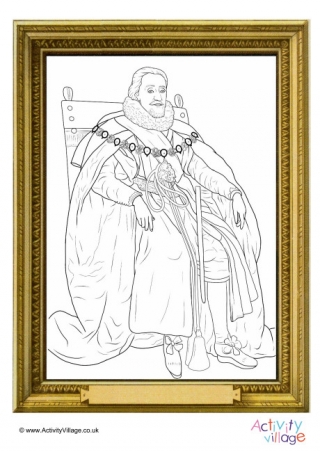 Our James 1 portrait colouring page has a splendid gold gilded frame, so once the kids have coloured in the picture of the first Stuart monarch it will be perfect for a Royal display! 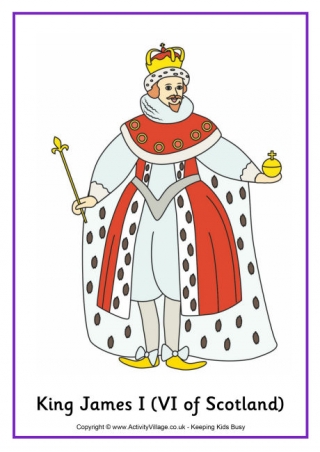 Here is a very regal looking King James I poster to print and display. Perhaps as part of a Guy Fawkes Night display. 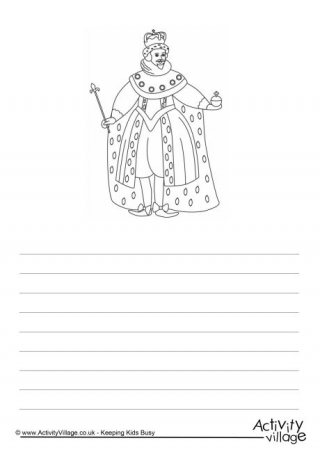 Our King James I story paper could be used to tell the story of the Gunpowder Plot. We have lined or handwriting versions available. 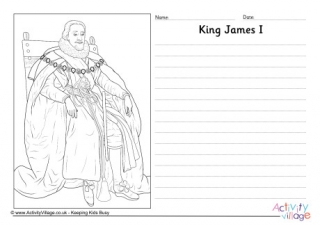 Children can use our James 1 story paper to write down what they know about the first Stuart monarch, or perhaps to retell the story of the Gunpowder Plot. There's a detailed portrait of the King to colour in, and we have lined or handwriting versions to choose from below. 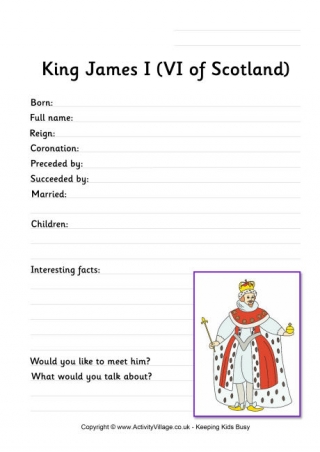 Here's a fun worksheet for younger children to help them learn about King James I. Sometimes know as King James VI of Scotland, he was the first Stuart monarch of England. 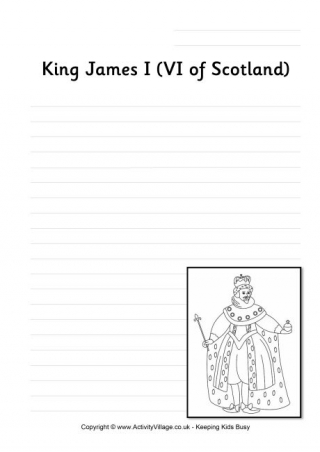 Our King James I writing page could be used to write a report on the first Stuart monarch, or perhaps a diary entry of letter of James' describing the time of the Gunpowder Plot. 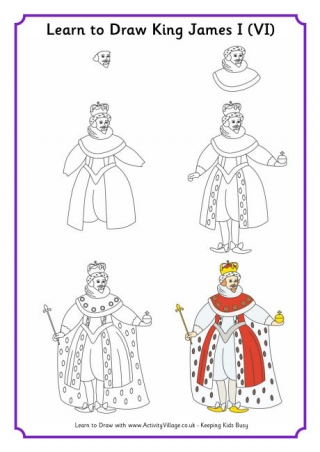 Learn to draw King James I (VI of Scotland), the king who was the target of the Gunpowder Plot, with our printable step by step guide. 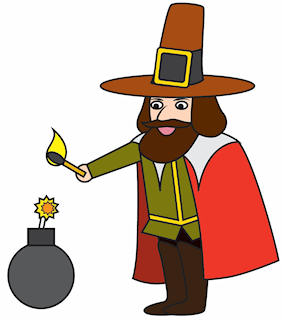 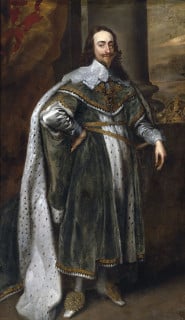