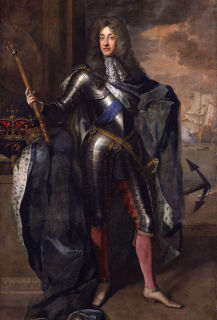 James II of England and Ireland and James VII of Scotland (1633 to 1701) became king on the death of his brother, Charles II, in 1685. He had a short and tempestuous reign!

James II was suspected from the beginning of his reign of being pro-French and pro-Catholic - neither popular in England at the time! When he had a Catholic son and heir, leading nobles decided enough was enough and approached his Protestant son-in-law and nephew, William of Orange, and invited him to bring an invasion army from the Netherlands. This is known as the Glorious Revolution of 1688.

James II fled England and it was decided that he had therefore abandoned his throne, or abdicated. He was replaced by his Protestant elder daughter, Mary, and her husband William of Orange. James lived in France for the rest of his life. 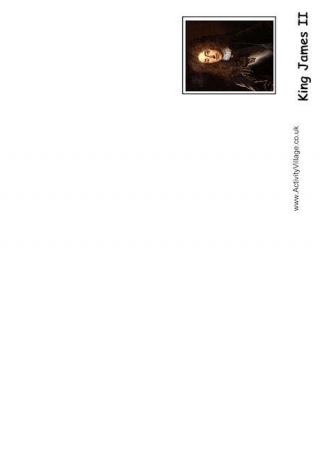 Print and fold one of our James II booklets for children to write about the short reign of this unpopular monarch.  Instructions on how to fold the booklets can be found here. 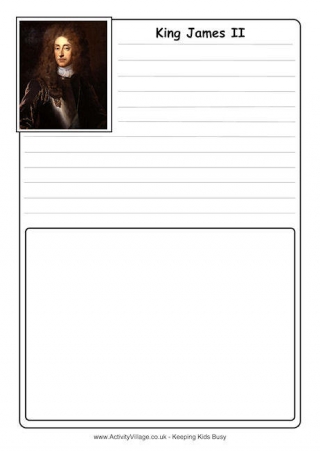 We have two James II notebooking pages for older children to write about this Stuart monarch who was forced to abdicate his throne. 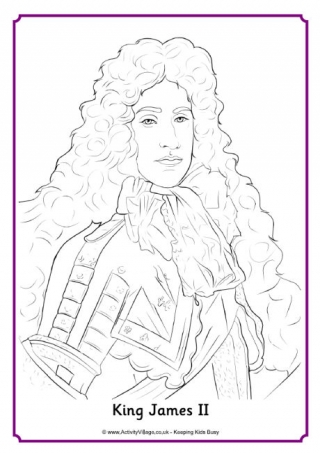 Colour in this colouring page of the James II. It's a great way of familiarising kids with the flamboyant fashions of Stuart times! 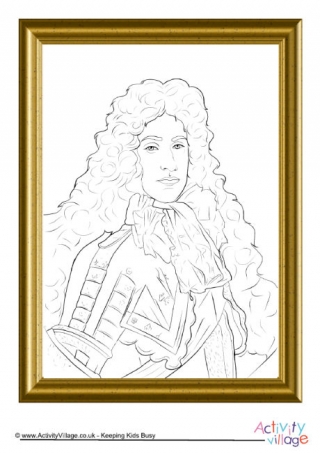 Here's a portrait colouring page of James II to colour in and cut out, ready for display on your picture gallery wall of English royals! 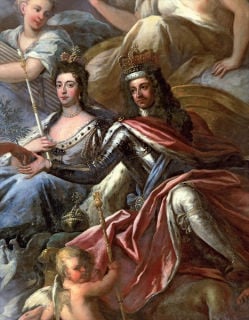