James Cleveland "Jesse" Owens (1913 – 1980) was an American track and field athlete who specialised in sprints and long jump. He took part in the 1936 Summer Olympics in Berlin, Germany, where he surprised everyone by winning four gold medals n the 100 meters, the 200 meters, the long jump, and as part of the 4x100 meter relay team and thereby becoming the most successful athlete in that Olympics.

(Older children might like to think about the impact of Jesse's success given the fact that Adolf Hitler and the Nazis, hosting the 1936 Olympic Games, were hoping that the Games would prove that the "Aryan" race was superior in all ways.)

Fun fact: Jesse's childhood nickname was JC (James Cleveland). When he was nine year's old a new teacher asked his name so that she could write it in her book. She thought he said "Jesse" and the name stuck!

"We all have dreams. But in order to make dreams come into reality, it takes an awful lot of determination, dedication, self-discipline, and effort."
Jesse Owens 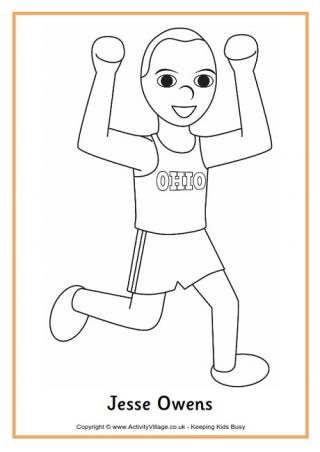 Here's a fun printable colouring page of Jesse Owens, hero and most successful athlete of the 1930 Olympic Games in Berlin. 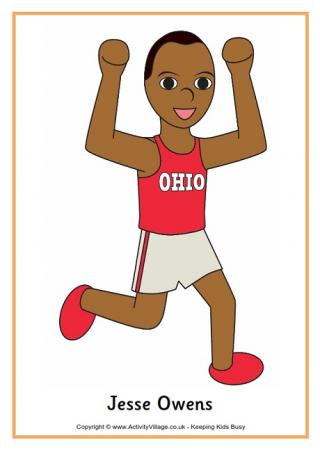 Enjoy this poster of Jesse Owens, great American sprinter and long jumper and gold medal winner at the 1936 Olympic Games. 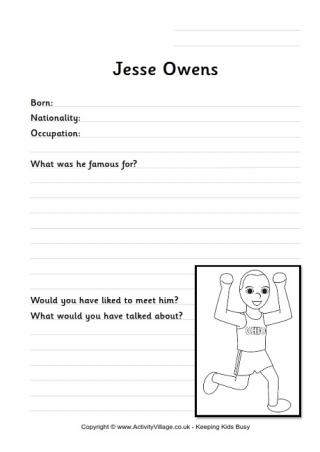 Learn about the great American sprinter and long jumper of the 1930s, Jesse Owens, and then fill in our fun printable worksheet. 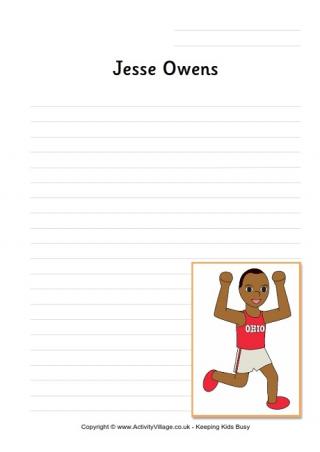 Use this printable writing page - in colour and black and white - to write about Jesse Owens, great American athlete of the 1936 Olympic Games in Berlin. 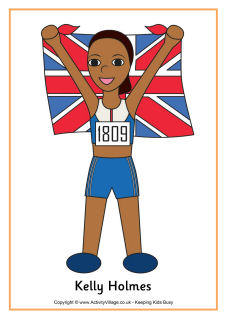