Joan of Arc (1412–1431) is the patron saint of France and of soldiers. She is famous for leading the French against the English when she was just 17 years old, during the Hundred Years’ War (when the two countries were fighting over who should rule the Kingdom of France). Find out more about this courageous girl who followed her faith and become a national heroine of France. 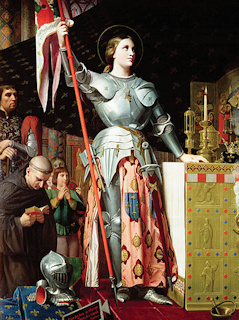 “Go forward bravely. Fear nothing. Trust in God; all will be well.”

A Short Biography of Joan of Arc

Joan of Arc was born in Domremy, a small town in northeast France, in 1412 – one of five children born to Jacques and Isabelle. Growing up in a poor farming family, Joan didn’t go to school but instead took care of the farm’s animals. Her mother also taught her to spin and sew.

Joan’s family were very religious and when Joan was about 12, she had a vision. She said an angel told her to lead the French in a battle against the English, to take back her homeland from English rule. She was also told to take Charles, the eldest child of France’s former king, to reclaim the throne at the city of Rheims.

Joan had more visions during her teenage years, which she believed were coming from God. When she was 16, she decided to take action.

Joan asked a town official to take her to Charles, to seek permission to lead an army. The official just laughed at her, but Joan didn’t give up. She continued to hear voices and also made some extraordinary predictions, such as the French being defeated at the Battle of Rouvray near Orleans (when they were thought to be the stronger side). When these predictions came true, Joan gained the support of some local leaders. Before long, she was taken to the royal court in the city of Chinon.

Joan had to travel through some dangerous territory. She cut her hair short and dressed like a man so she wouldn’t be recognised. Charles was suspicious of such a young girl at first, and had her questioned by church representatives. But he eventually allowed her to lead an army to the city of Orleans, which was being held by the English. Meantime, Joan had been practising her horse riding skills. Although she didn’t fight in the battles, she encouraged the soldiers’ bravery. She dressed as a knight and carried a flag instead of a sword.

Word got round about Joan and her visions. The people of Orleans greeted her with cheers and celebrations, thinking that God might save them from English rule. Joan’s army fought hard, and although Joan was wounded with an arrow, she didn’t give up. After some fierce fighting, the English eventually retreated from Orleans and Joan’s army had won a great victory.

But her work was not done. Joan then persuaded her army to take the city of Rheims, where Charles was crowned King Charles VII of France in 1429. At the king’s coronation, Joan was given a place of honour.

The following year, when Joan heard the city of Compiegne was under attack from the Burgundians, she took a small army to help defend the city. But during the attack, Joan was captured. She was later sold to the English as a prisoner, although she tried to escape several times. The English wanted to prove that Joan was a heretic (a person who goes against the word of the church) or that she had used witchcraft to defeat them. They couldn’t find any evidence against her, but eventually claimed that because she had repeatedly dressed as a man, when asked not to, she was guilty and deserved to die. Tragically, King Charles did nothing to help her.

Joan was burned alive at the stake in the marketplace of Rouen in 1431. She bravely forgave her accusers and asked for a cross before she died. She was just 19 years old.

Twenty-five years later, Pope Callixtus III said that Joan was not guilty of any wrongdoing. Then nearly 500 years later, in 1920, Joan was made a Saint of the Catholic Church, and forever remains a national heroine of France.

Our Joan of Arc Resources 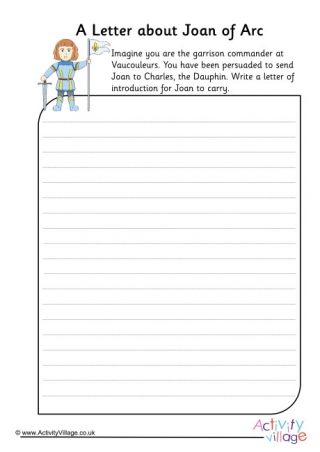 The kids will need to do a little historical research before they write this letter! Can they imagine they are garrison commander at Vaucouleurs sending Joan to Charles, the Dauphin, and write a letter of introduction for Joan to take with her? 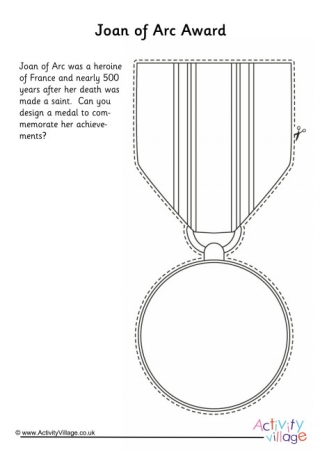 Joan of Arc was made a saint around 500 years after her death. Can you commemorate her achievements by designing her a medal? 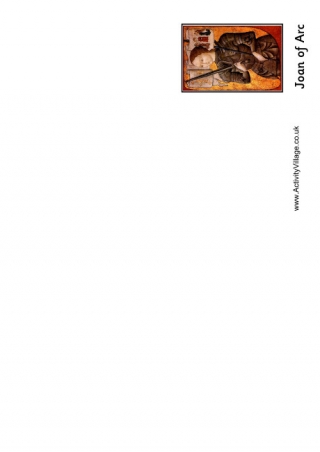 We have lots of booklets featuring all kinds of famous people here at Activity Village, so you can build your own small library over time. This booklet features Joan of Arc - find our booklet folding instructions here. 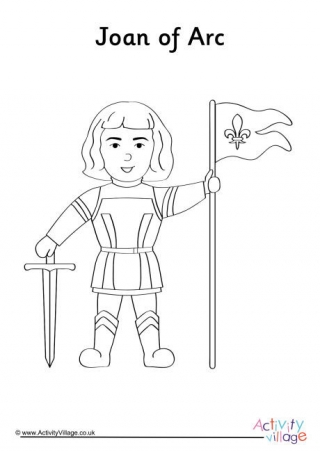 Have some fun colouring in the remarkable Joan of Arc! 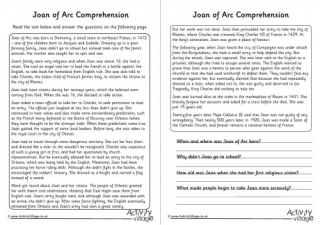 Read about the short but incredible life of Joan of Arc, then answer questions about what you've read at the end of this comprehension worksheet. 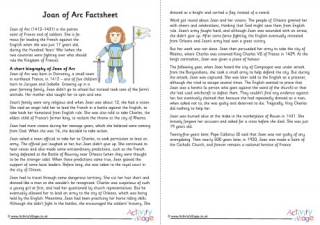 Joan of Arc was only 17 years old when she led the French against the English in the Hundred Year's war. Find out some more interesting facts about her by ready our factsheet. 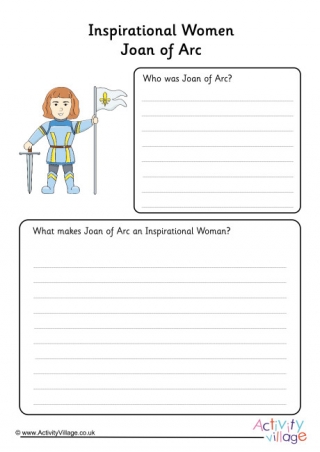 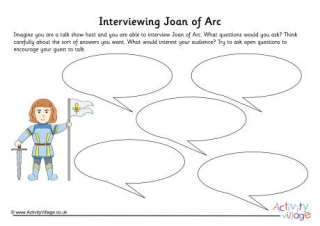 Joan of Arc would definitely make an interesting talk show guest! Can the children think of some interesting open questions to ask her, and write them in the speech bubbles? 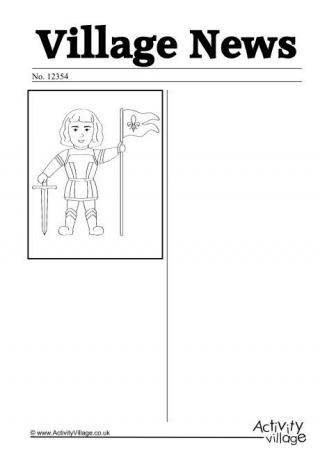 This creative writing exercise asks the children to write a newspaper report about Joan of Arc - a great way to get the kids putting pen to paper! 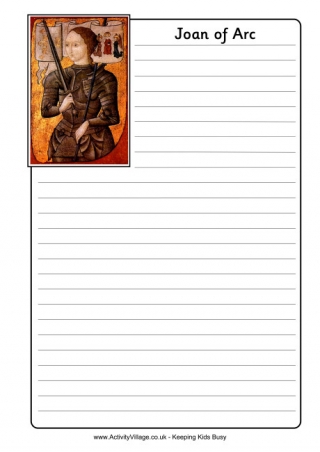 We have two versions of our Joan of Arc notebooking page. Children can research her life and write about it, and there's space to draw a picture on one page too... 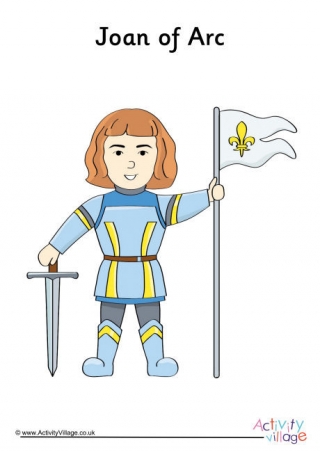 This colourful poster shows Joan of Arc looking ready for battle! Print out to use as part of displays and topic work. 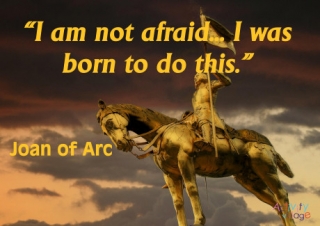 What a magnificent poster of Joan of Arc, featuring her famous quote "I am not afraid. I was born to do this." 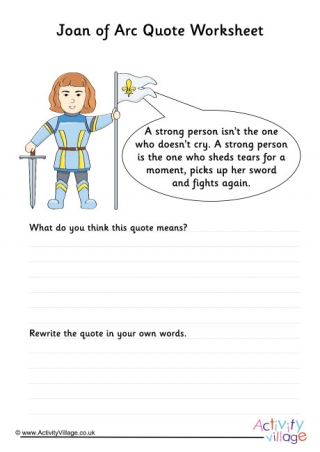 Our fun quote worksheets are a fantastic way to introduce younger kids to famous people. Can the children write about the meaning of a quote by Joan of Arc? We then ask the kids to rewrite the quote in their own words too... 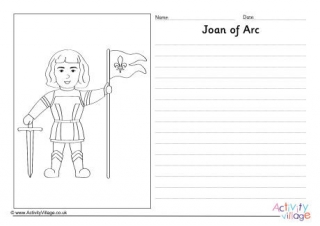 Use our story paper to write about Joan of Arc - and of course, the children can colour in the picture too! 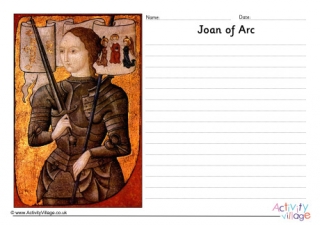 Did you know that Joan of Arc actually referred to herself as "Jehanne," but this was translated to "Joan" by the English? Write down some other interesting facts about her on this useful story paper... 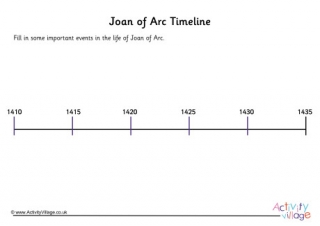 Fill in this timeline worksheet for Joan of Arc, perhaps marking some of her important battles? 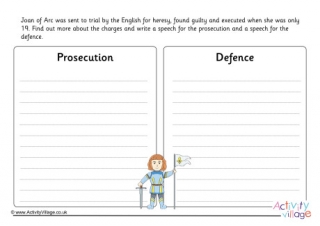 Joan of Arc was captured and tried for witchcraft and heresy by the English at the age of 19. Do a little research on the charges that were made against her, and write two persuasive speeches, one for the prosecution and one for the defence. 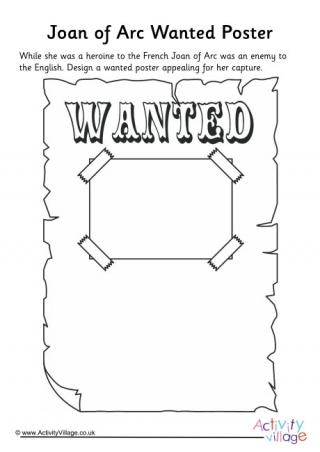 Joan of Arc was a heroine to the French but an enemy to the English. Design a wanted poster using our template appealing for her capture. 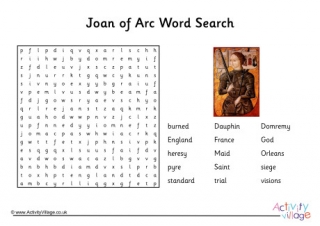 Find the words relating to Joan of Arc in this simple word search puzzle - a fun accompaniment to your Joan of Arc studies! 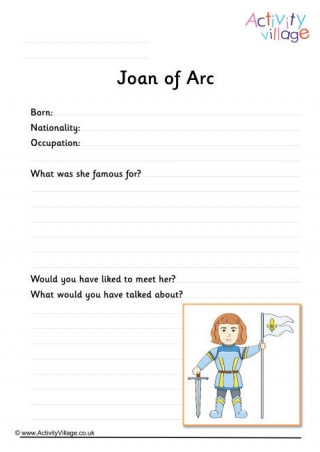 Here's one of our fun fact-finding worksheets for Joan of Arc. You can print it out in colour or black and white. 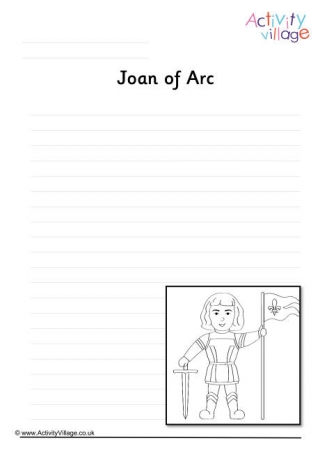 Our Joan of Arc writing page is perfect for children to record their own research. What have they found about this famous woman, also known as The Maid of Orléans? 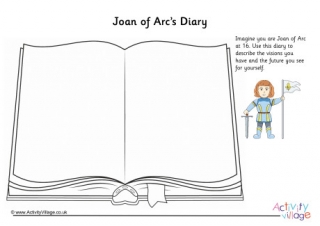 Joan of Arc's father tried to arrange a marriage for her when she was 16 years old, but Joan knew she was destined for a very different future. Imagine you are Joan at 16 and use our diary worksheet to describe the visions you have for your future... 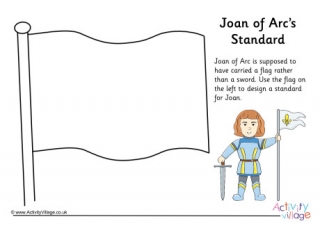 Joan of Arc's battle standard measured 3 feet high by 12 feet long! Can you draw your own design for her standard using the flag on this worksheet? 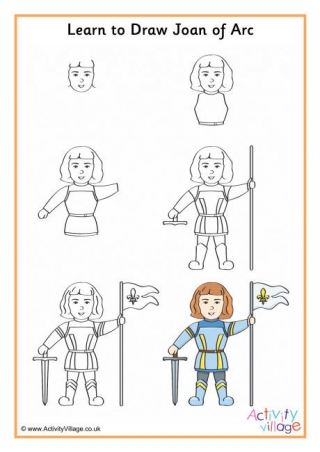 Learn to draw French heroine Joan of Arc with our simple step-by-step guide. 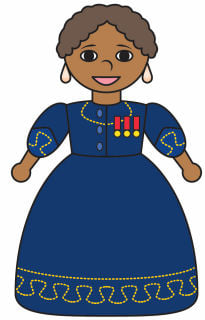