Joe Biden (born 1942) is the 46th President of the United States. He served as vice president under Barack Obama from 2009 to 2017 and is a member of the Democratic Party. Biden ran for president against Donald Trump in the 2020 presidential election, and won by 306 electoral votes to Donald Trump’s 232. Biden was sworn in as president on January 20th 2021. 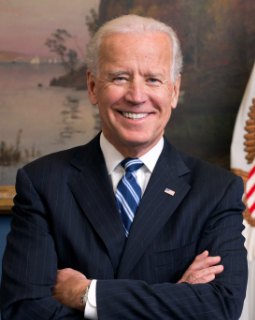 “Together, we shall write an American story of hope, not fear. Of unity, not division. Of light, not darkness… May this be the story that guides us.”

"America has been tested, and we've come out stronger for it. We will repair our alliances and engage with the world once again."

A Short Biography of Joe Biden

Joseph Robinette Biden Jr was born in Scranton, Pennsylvania in 1942 to a Roman Catholic family. Biden struggled with a stutter as a child and teenager, which he bravely overcame by practising poetry in the mirror and through public speaking.

He became a lawyer after graduating from the University of Delaware and Syracuse Law School in New York. His political career began when he was elected to the US senate in 1972. At just 29 years old he was one of the youngest people to become a U.S. Senator.

In 1978, Biden’s first wife Neilia and one year old daughter were killed in a tragic car accident and his sons were both injured. He thought about quitting his new position to look after his two boys, but the Senate leader pleaded for him to stay and he eventually kept the seat for 36 years. In 1979 he helped reduce the risk of global nuclear disaster by securing an agreement between the United States and the Soviet Union.

Biden had an active role in the administration as vice president, supporting President Obama’s policies and acting as an influential adviser. In 2017 Obama surprised Biden with the Presidential Medal of Freedom to thank him for his service just before they both left their positions.

Republican Donald Trump became President in 2017, but Biden remained a high profile figure in US politics and in April 2019 announced he was running for president for a third time. After becoming the Democratic Party’s presidential nominee he announced Kamala Harris as his running mate.

In the 2020 election, Biden won by 306 electoral votes to Donald Trump’s 232, and on January 20th Biden was sworn in as the 46th President of the United States. Kamala Harris became the first female vice president. 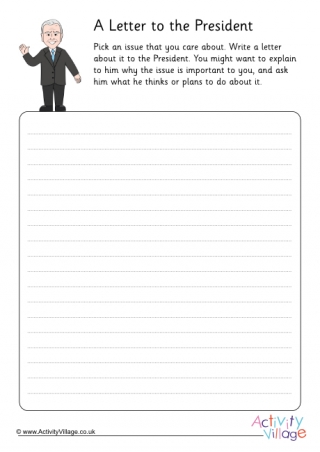 Ask the kids to pick a topic that is important to them, and write a letter to President Joe Biden about it. 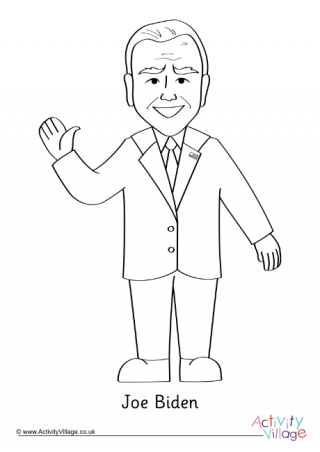 Here's a colouring picture of Joe Biden, 46th President of the United States. Perhaps the children could draw in a flag for him to hold? 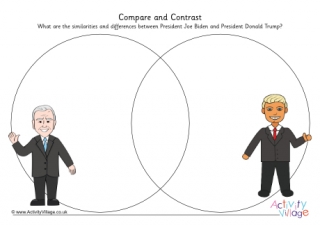 Use this "compare and contrast" worksheet to brainstorm the differences between President Joe Biden and the previous President, Donald Trump. 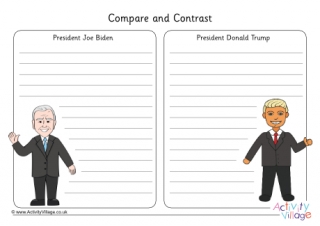 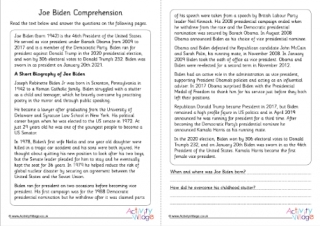 Learn about Joe Biden, the 46th President of the USA, by reading through our short biography for children, then answering the questions the test comprehension. 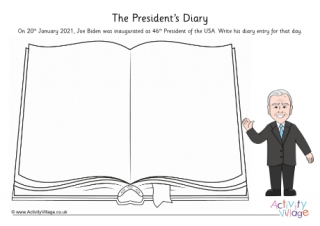 20th January 2021 was a significant day for President Joe Biden! Write his diary / journal entry for that day. 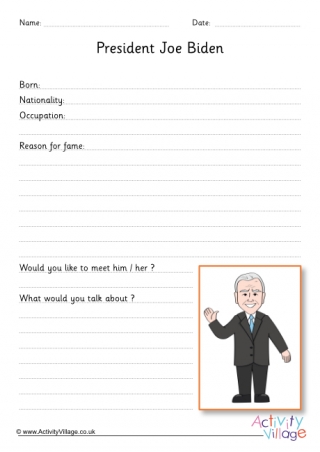 Use this worksheet to start the children off on some simple research about President Joe Biden. If they were to meet him, what would they like to discuss? 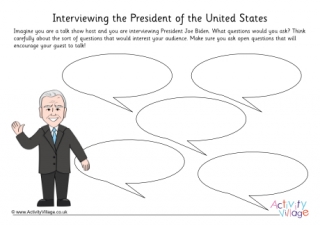 This interesting worksheet asks children to imagine that they are a talk show host, putting questions to President Joe Biden. 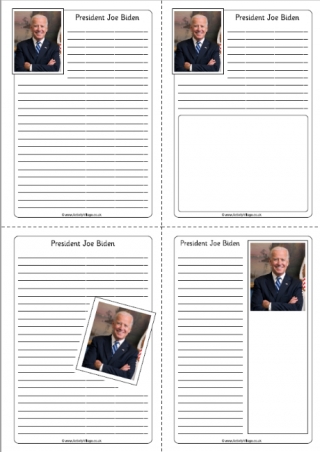 Choose from 4 styles of notebooking paper for President Joe Biden, and from with-photo and without-photo versions. Between the two versions you should find just what you need for all your writing projects. 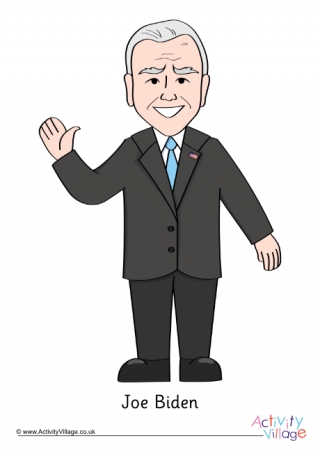 Joe Biden was a Senator for 36 years and a Vice President for 2 terms before becoming the 46th President of the United States. This "cartoon" style poster shows him smiling and waving. 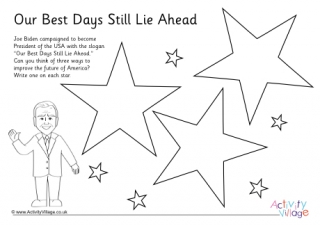 Joe Biden's campaign slogan was "Our Best Days Still Lie Ahead". This worksheet asks children to think of 3 ways to improve the future... 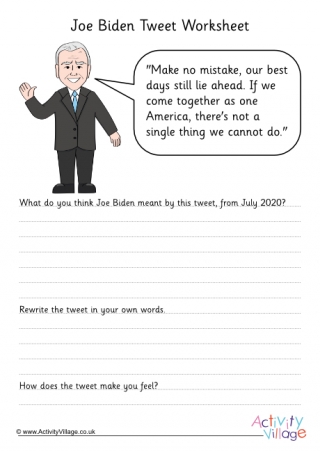 We've taken a tweet from Joe Biden in July 2020 and turned it into a worksheet that will encourage children to think about his choice of words. 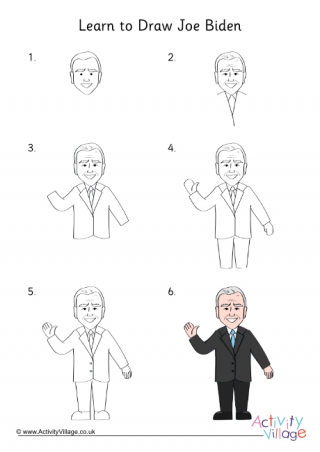 Just for fun, learn how to draw your very own Joe Biden picture! Take it step by step and soon you will have a smiling President picture to admire.

More Presidents of the USA 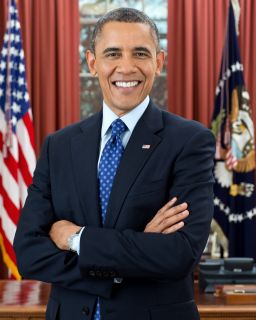