Judo is one of the martial arts, created in Japan in the late 19th century and now a sport which features in the Summer Olympics. Judo is competitive. Each "judoka" tries to throw or get their opponent down on the ground and stop them from moving, or force them to submit. 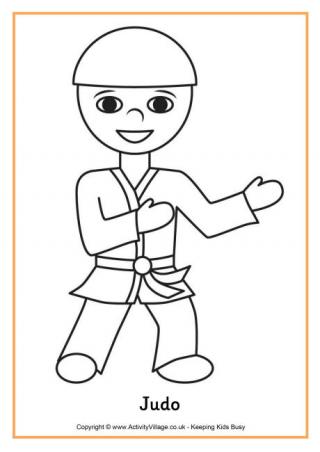 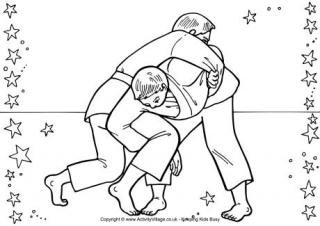 Print and colour this picture of a judo match! 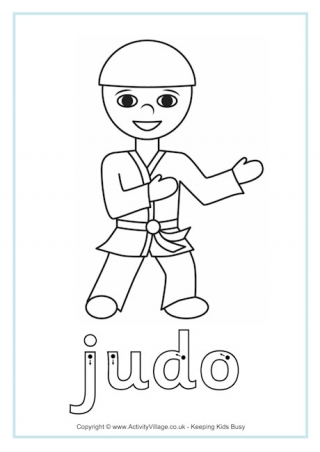 This judo finger tracing worksheet is perfect for younger children, with just four letters to learn! Trace first with a finger, then with a pencil - and then colour in the picture. 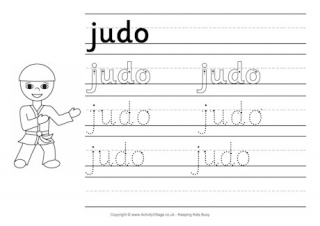 Here's a nice simple sports word for beginner writers to trace and learn - judo! We've repeated it a number of times on this handwriting worksheet to give lots of reinforcement. 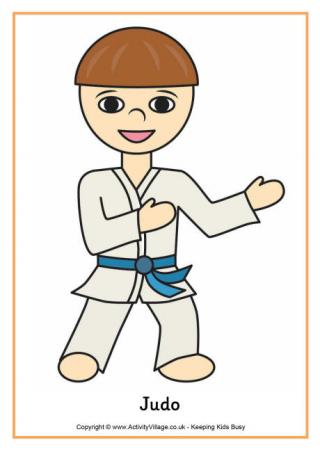 Judo fans will enjoy this fun judo poster - it's ready to print and display. 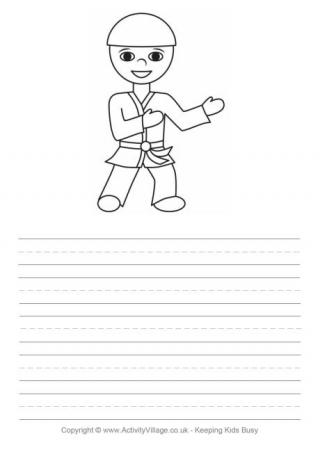 Our judo story paper - available with lines or handwriting lines - makes a fun writing and colouring project for children interested in the sport. And of course it could be useful for an imaginative story, too... 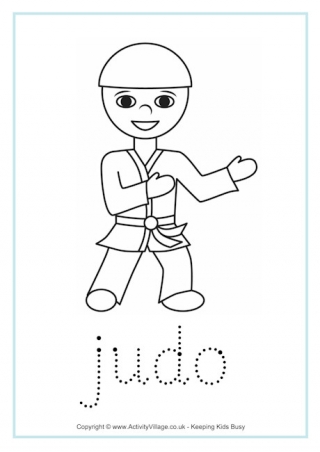 Another of our sports tracing worksheets, this one - with the four letter word "judo" - is a good one for beginners! 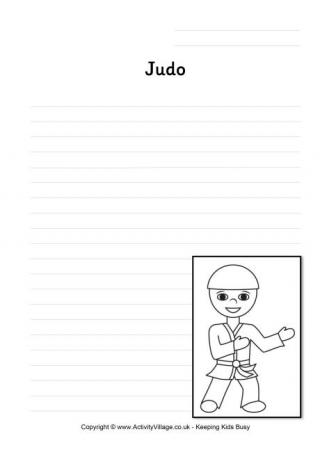 A person who does Judo is called a Judoka. They have a white uniform and coloured belt. Use this writing page to say something about this Judoka and then colour in the picture. What colour belt will they get? Black is the highest level. 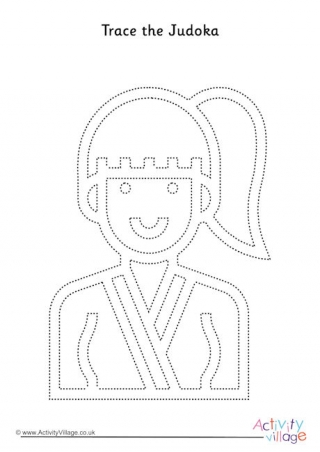 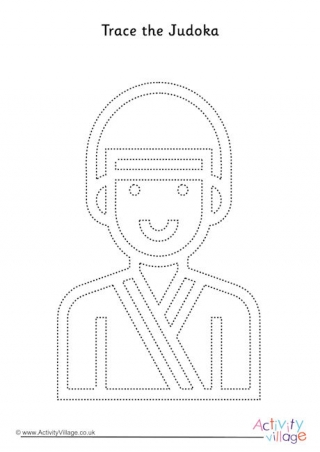 A judoka is someone who practises judo. Can the kids trace the picture of the judoka on this page? 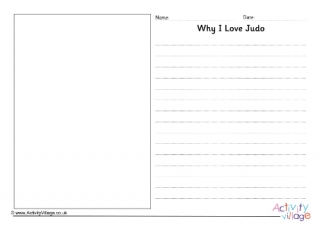 Encouraging the kids to write about their favourite sport is bound to inspire even the most reluctant writers to put pen to paper! Here's a writing prompt for kids who love judo! 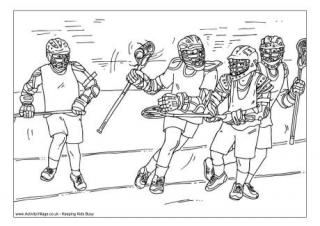