Kelly Holmes (1970 - present) is a retired British middle distance athlete who specialised in the 800 metres and 1500 metres events and won the Olympic gold medal for both at the Summer Olympics in Athens in 2004. She set British records in numerous events and still holds the records over the 600, 800, 1000, and 1500 metres distances. She retired from athletics in 2005.

Fun fact: When she was a child, Kelly's hero was Sebastian Coe and she competed in middle distance events in her youth and during her time in the British Army. In 2005 the Queen awarded her a very high honour which means that we now call her Dame Kelly Holmes.

"“When you cross the line, it is such a wonderful feeling it's hard to describe.”
Kelly Holmes 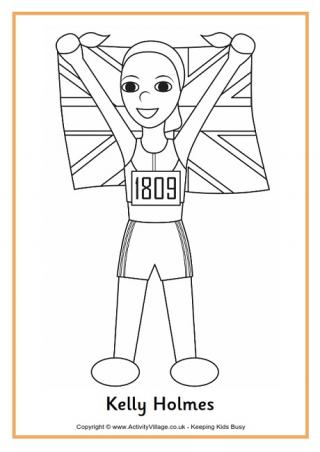 Kids can print and colour in this picture of a triumphant Kelly Holmes, holding the Union Jack high to celebrate one her Olympic gold medal wins in the 800m in Athens 2004! 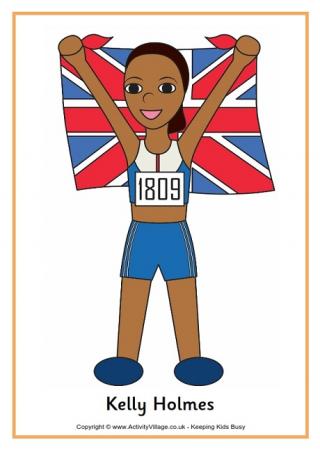 Printable poster of Kelly Holmes poster, great British middle distance athlete and winner of the women's 800m and 1500m events at the Athens Summer Olympics in 2004. 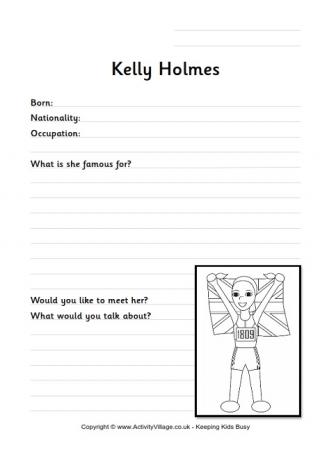 Use this fun printable worksheet for kids to find out some interesting facts about British athlete Kelly Holmes. 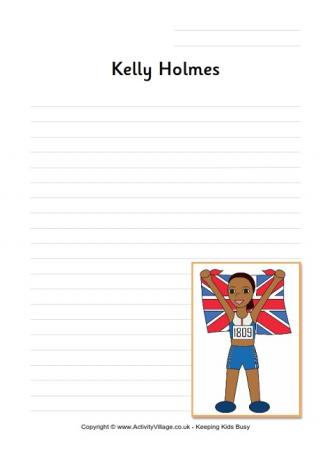 Use this fun printable writing page for projects on Kelly Holmes, one of Britain's Olympic heroes. 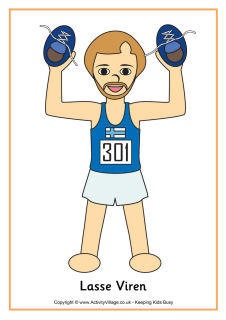