Although Edmund Pevensie got off to a rocky start in Narnia, he learned his lessons well and when he was crowned king he was known as King Edmund the Just, and given the titles Duke of Lantern Waste, Count of the Western March and Knight of the Noble Order of the Table. Here is a colouring page which shows King Edmund at his bravest and most noble! 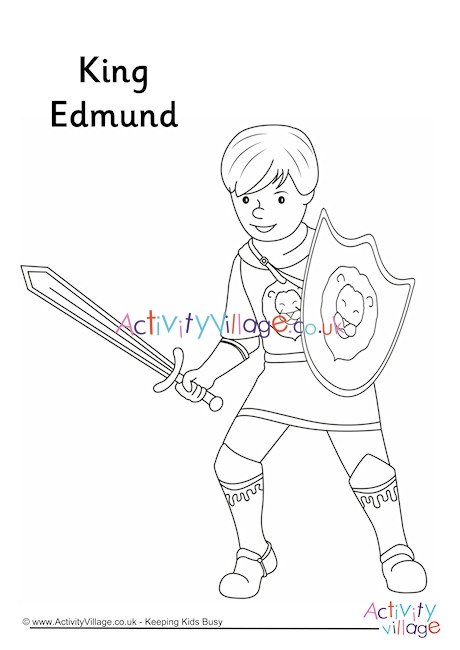 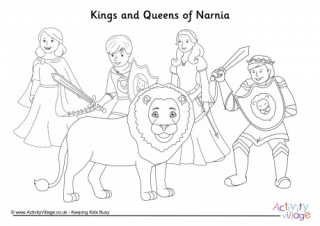 Here are the kings and queens from the Golden Age of Narnia, for the kids to colour in. That's High King Peter, Queen Susan, King Edmund and Queen Lucy, and of course Aslan. 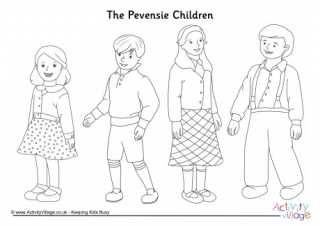 Here is a colouring picture of the Pevensie children from The Lion, the Witch and the Wardrobe, as we think they might have looked at the beginning of the story. 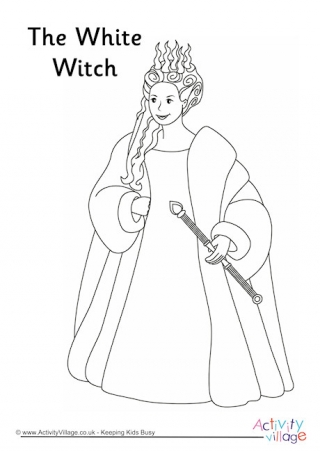 Empress Jadis, otherwise known as the White Witch, was a very intimidating, tall woman! Colour her in with icy and snowy colours...