Learn a little about the very "young" country of Kosovo, and enjoy our flag colouring page and printables. Maps are coming soon. 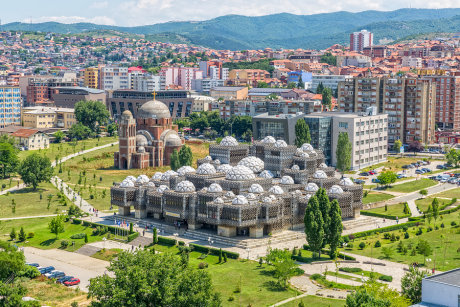 About the Kosovo Flag

The stunning flag of Kosovo features a vivid blue background with the silhouette of the country's shape in gold in the centre, topped by 6 white stars which represent the six main ethnic groups of the country. 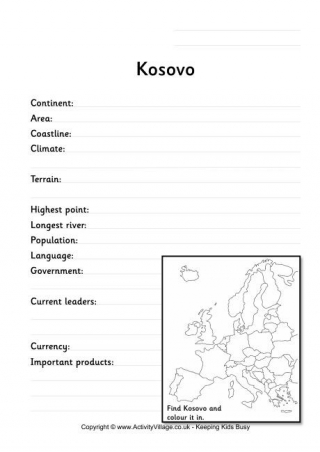 Encourage some geographical research and location practise with our Kosovo fact worksheet. 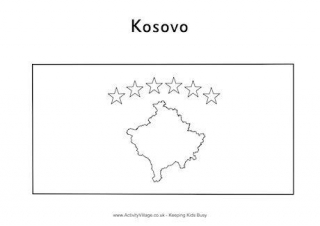 The Kosovo flag was adopted in 2008 and has a deep blue background, a gold outline of the country in the centre, and six white stars. Here's a colouring page ready to print and colour... 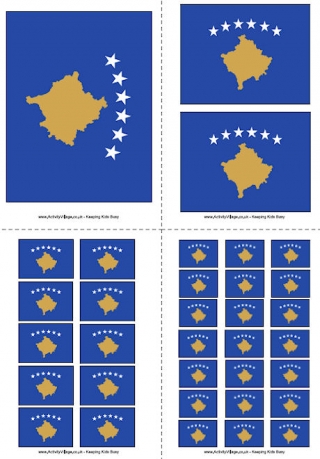 Here is our printable for the Kosovo flag, with its deep blue background and country outline. You can print in various sizes from large to cocktail-stick size. 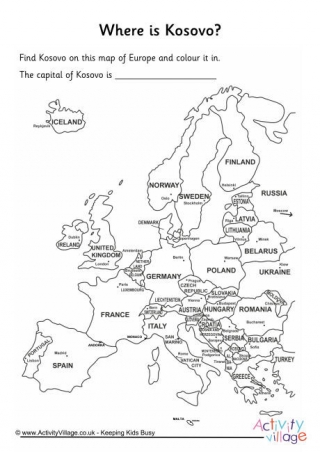 Can the kids find Kosovo on location worksheet, featuring a simplified map of Europe? Colour in the country and write down the capital city. We have two versions to choose from, blank and guided. 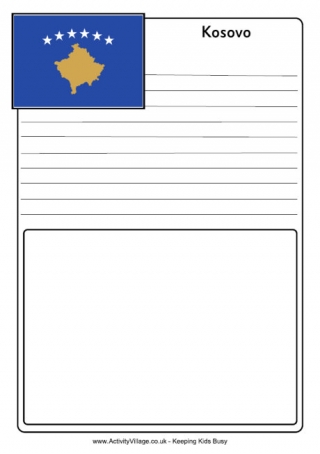 Our flag notebooking pages are a great way to store research on a country, or even to use when writing about a holiday. Choose from two versions for Kosovo below. 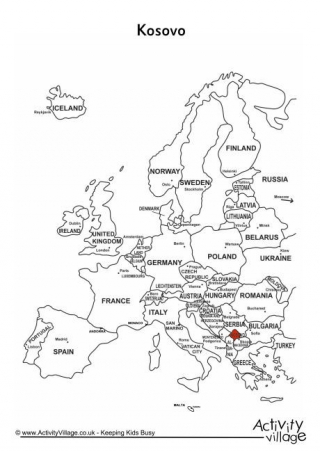 We've produced this simplified map of Europe so that children can easily identify Kosovo's location, compare its size and see its neighbours. 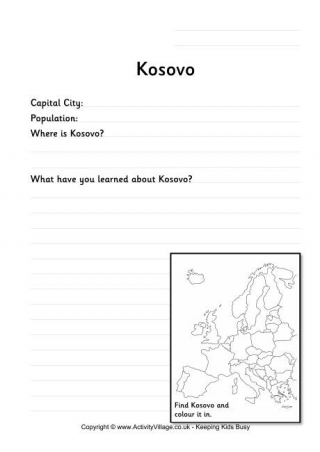 Here's a geography worksheet that's ideal for younger children. Can they answer a few simple facts about Kosovo and record what they've learned?