Find out a little about the central Asian country, Krygyzstan, and enjoy our flag printables in many different formats. 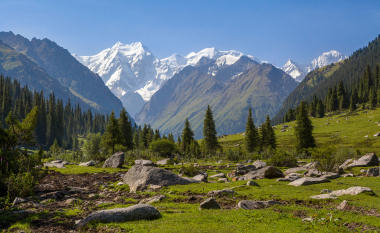 The capital Bishkek, in the far north, is known as the green city. It is full of parks and canals to provide relief from the searing heat of the summer.

The Kyrgyzstan flag has a yellow sun on a red background. The design in the centre of the sun represents the crown of a traditional Kyrgyz yurt (tent). There are 40 rays surrounding the sun, which may represent the 40 Kyrgyz tribes unified against the Mongols by the country's epic hero, Manas. 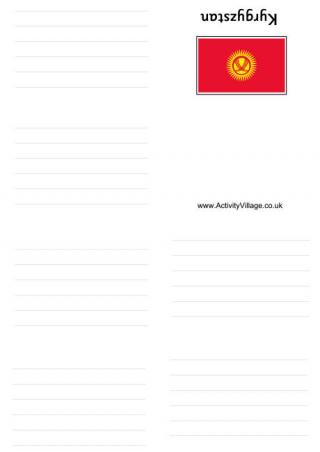 Add Kyrgyszstan to your library with this make your own booklet! Fill it yourself with facts and figures on this interesting country. Print the blank version and you can fill it with pictures if you prefer. Instructions for folding here. 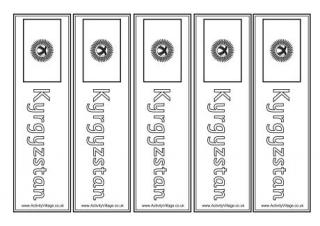 Anyone learning to spell Kyrgyzstan deserves a bookmark as a prize! There are several versions of these to print out. The black and white version can be coloured in. 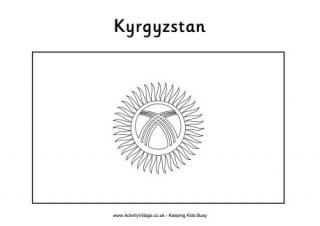 This is an interesting colouring in flag belonging to Kyrgyzstan. The background is red and the sun shape is yellow. The cross design in the middle represents the traditional Kyrgyz yurt (a kind of tent). 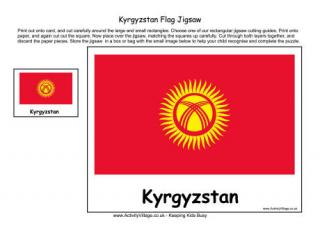 Doing jigsaws of flags is a good way for children to become familiar with them. Here's one we don't see very often; Kyrgyzstan! Instructions and cutting guides here. 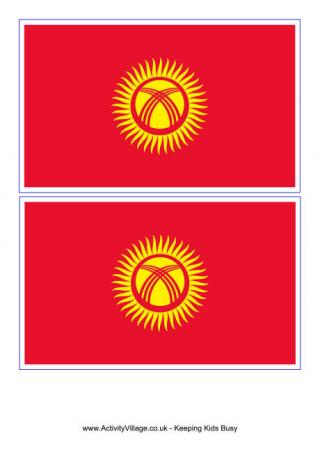 Print and make your own Kyrgyzstan flag with its bright red background and stylised sun centrepiece. 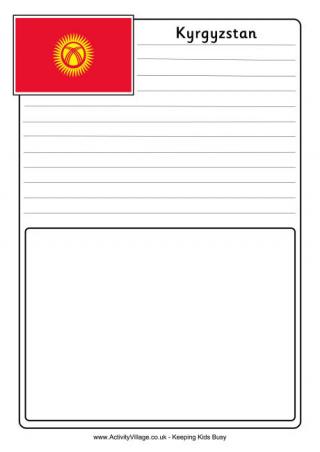 You could use this notebooking page to practise your spelling of Kyrgyzstan, or whilst researching this landlocked and mountainous country.