Enjoy our collection of flag printables and worksheets, including map and colouring flag, for Laos, and learn a little about this South East Asian country. 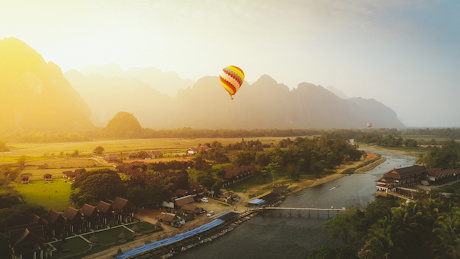 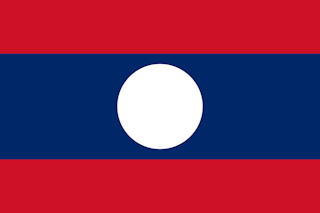 The flag of Laos is red, white and blue, and the white circle in the centre of the flag symbolises the moon shining over the Mekong River. The Laos flag was officially adopted on December 2, 1975. 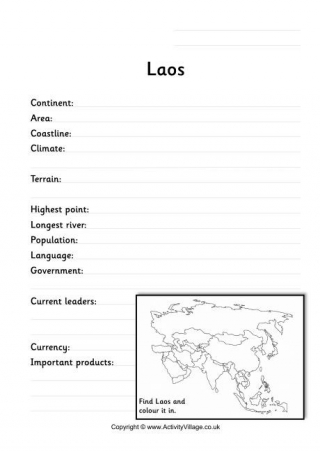 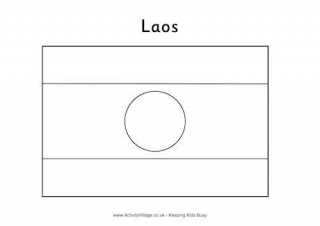 Here's a colouring flag for Laos. The circle in the middle - which should be left white, is said to represent the moon shining on the Mekong river! Colour the central stripe blue to represent the river, and the top and bottom stripes red. 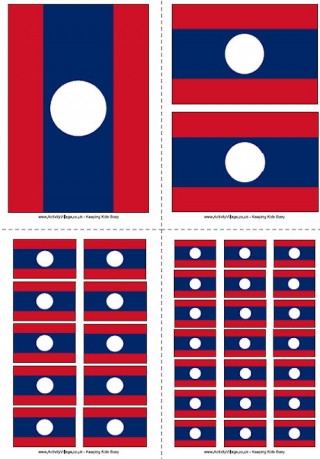 Did you know that the white circle on the Laos flag represents the moon shining over the Mekong River? We have four different sizes to print. 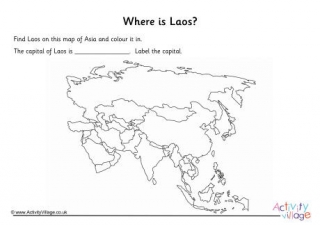 This simple worksheet asks children to locate Laos on our simplified map of Asia, and write down the capital city. 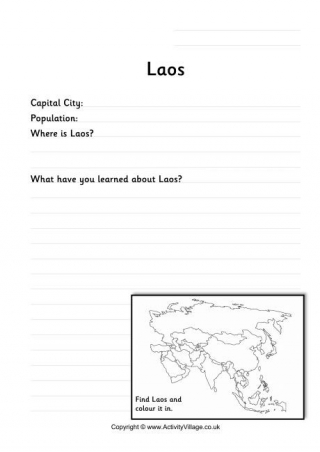