Lasse Virén (1949 - present) astounded the world when he fell during the 10,000 metres in the Summer Olympic Games in 1972, but managed to get up and win the gold medal, setting a record in the process! He went on to win the 5,000 metres as well, and then won both races in the 1976 Olympics too, going down in history for his "double double".

You can see his fall and recovery in the video below.

Fun fact: In the 1920s and 1930s, Finland sent some excellent athletes to the Olympic Games, and became well known for their "flying Finns". When Lasse won the 10,000 metres in 1972, however, it was the first gold medal that Finland had won for 36 years.

“Dream barriers look very high until someone climbs them. Then they are not barriers any more.”
Lasse Viren 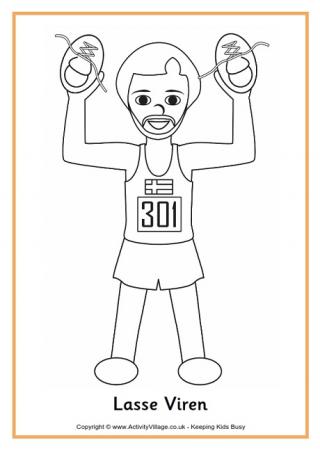 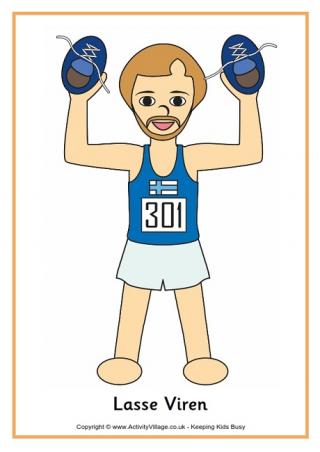 Printable poster of Lasse Viren, the Finn who won the "double double" in the 1972 and 1976 Olympic Games. 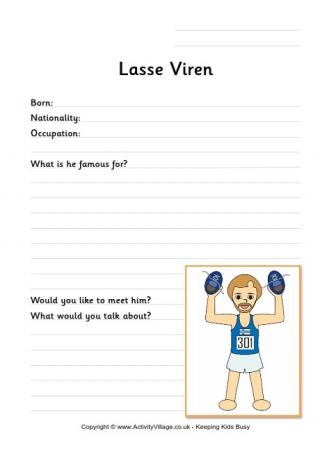 Use this fun printable worksheet for kids to learn about the Finnish long distance runner and 1970s Olympic medal winner, Lasse Viren. 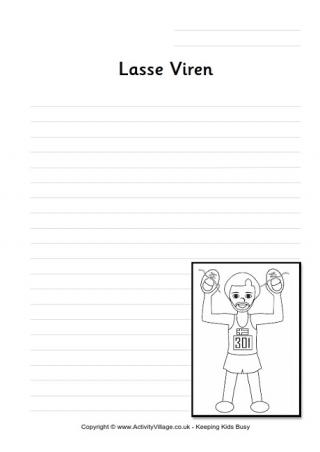 Use this fun printable writing page for projects on Lasse Viren, the Finnish Olympic gold medal winner of the "double double" in the 1970s.