Learn a little about Lativa - its geography, its capital city, and some interesting facts - and print out the Latvian flag as a colouring page, notebooking pages, bookmarks, jigsaw and more! 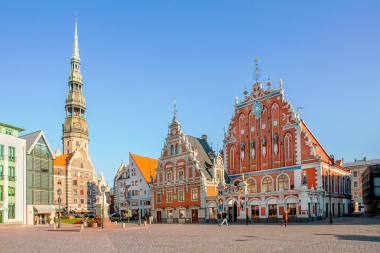 About the Latvian Flag

Legend says that the deep red colour on the flag represents blood shed by a wounded Latvian leader, and white represents the cloth used to wrap his bleeding wounds. The flag was officially adopted on 27th February, 1990. 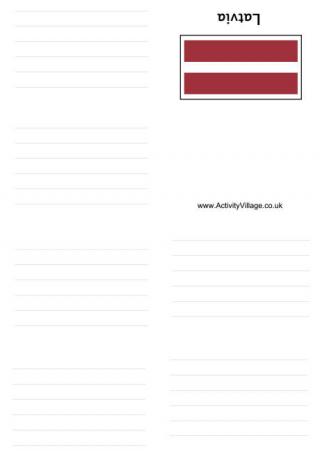 Our booklets are a great way to consolidate research and learning on a particular country. 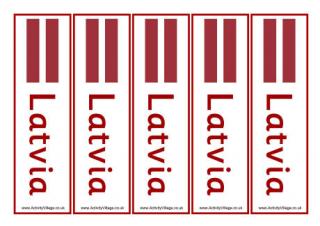 Have you been learning about Latvia? Well print one of these bookmarks! You can also use them to mark countries on a map or in an atlas. 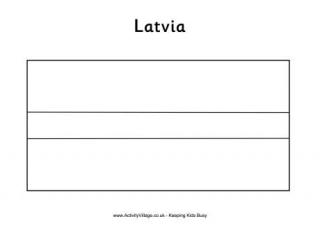 This is a nice easy colouring flag which is perfect for younger children. On the flag of Latvia the top and bottom stripes are dark red and the middle one is white. 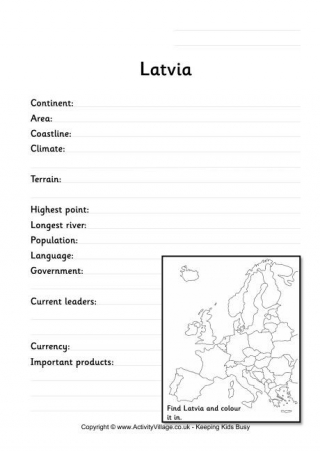 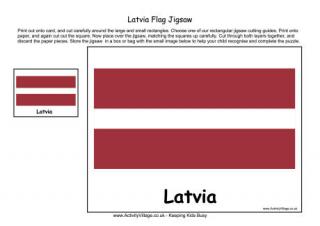 Making your own jigsaw is great fun. This one has the flag of Latvia on it. Just use our instructions and cutting guides - it doesn't take more than a few moments to make. 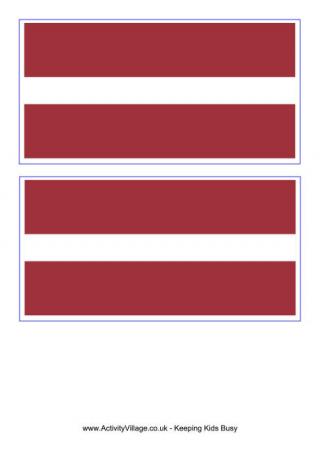 Here's your opportunity to print the flag of Latvia, a country on the Baltic coast. Use it single sided as bunting or to decorate books, or stick the two sides together for a double sided flag. There are three sizes to print, from the two-per-page illustrated to cocktail-stick size! 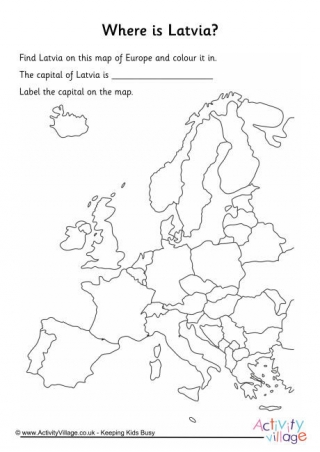 Here's a geography worksheet to test location skills. Can the kids find Latvia on our outline map of Europe? We have guided and blank versions available to suit different ages and abilities. 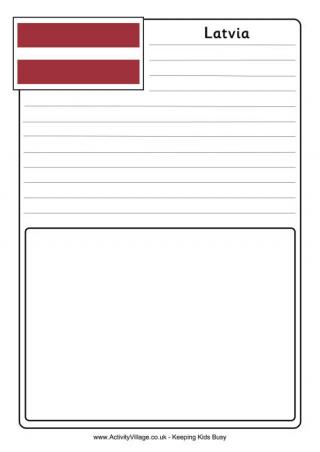 Make sure your notes about Latvia are in order by setting them out on this notebooking page. Writing goes at the top and pictures at the bottom. If you'd prefer just to write there is a version with just lines for you. 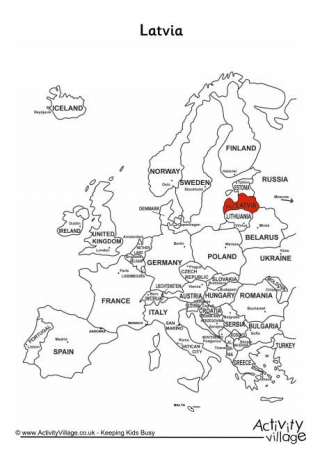 We've marked Lativa in red on this map of Europe, so you can print it out and learn all about its size, location, borders etc... 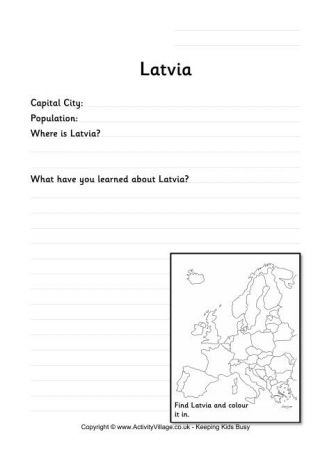 Encourage younger kids to do a little geographical research, then record some simple information on this Latvia worksheet.