Ancient Chinese legends tell of the Nian, a man-eating beast from the mountains which came out every winter to feast on humans. To scare the Nian away, the people used loud noises such as firecrackers and fireworks, and bright colours, particularly red. These customs led to the first New Year celebrations. Learn about Chinese New Year, its traditions and the items associated with it below... 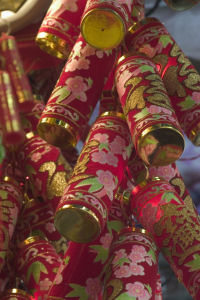 Chinese firecrackers hanging in a bunch

Chinese Firecracker Craft
It used to be traditional to set off firecrackers at Chinese New Year, to see off the old year and welcome in the new. Here is an idea to make your own Chinese firecracker decorations.

Getting Ready for Chinese New Year

In the run up to Chinese New Year, homes are spring-cleaned thoroughly so that all the bad luck of the previous year is swept away (and on the first day of the new year, brooms and dustpans are put away and never used in case the good luck of the new year is swept away!) Often houses are freshly painted. Traditional Chinese homes sometimes get a new coat of red paint, as red is a particularly lucky colour. Homes are decorated with paper-cuts. 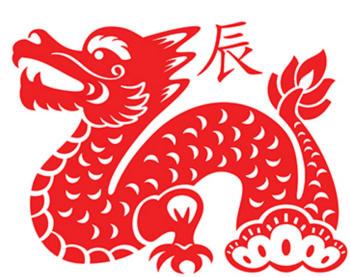 A Year of the Dragon paper cut

Learn a little about the Chinese art of paper cutting, try our craft idea, and watch some videos with more paper cutting instructions..
Chinese Paper Cuts 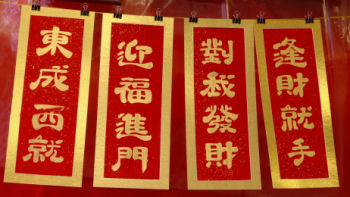 Also used to decorate homes are Chinese couplets. These are two tall posters, usually consisting of 4 Chinese characters each (as eight is a lucky number), which are hung on either side of the front door. The couplets express traditional good wishes for the year ahead.

At Chinese New Year parents, family and friends give money to children in red envelopes. The red colour symbolizes good luck, and the amount of money can be anything from a small coin to a larger amount. Lucky money envelopes are also known as Red Packets or Red Envelopes. 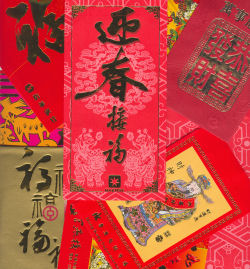 Make a Red Envelope
The Chinese give gifts of money to children at Chinese New Year. Make your own "lucky money envelope" with this simple but effective craft idea. 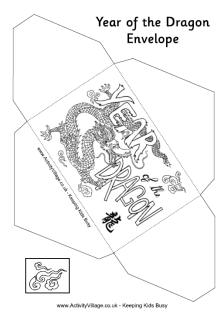 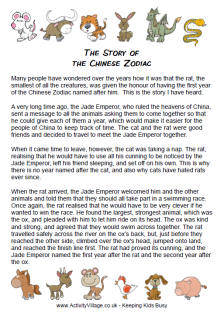 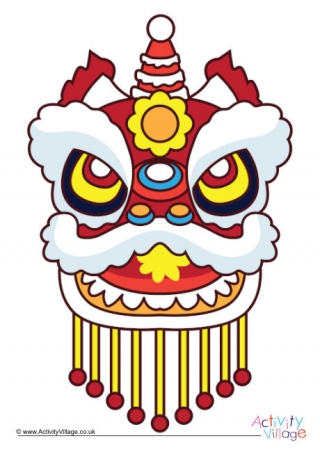 Whether supersized (2 page) or regular (1 page), colour or black and white, this lion dance mask creates an impact and the kids will love using it to create their own lion dances! 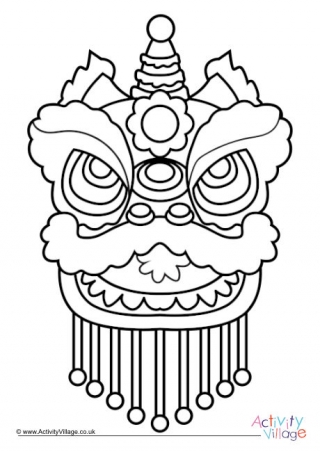 Colour in this glorious lion dance mask in bright, bold, solid colours! We have a pre-coloured lion dask mask version here if the kids want some inspiration. 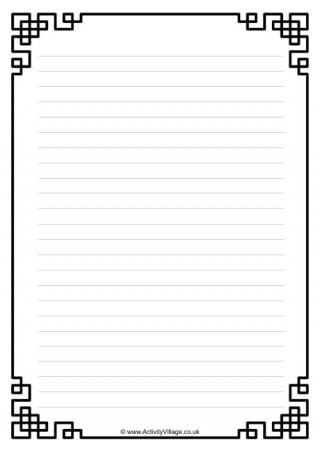 In three colours, blank and lined, this interesting scroll design is very reminiscent of Chinese or Japanese decoration, so this writing frame might be a useful printable for projects with those themes, or perhaps for Chinese New Year.